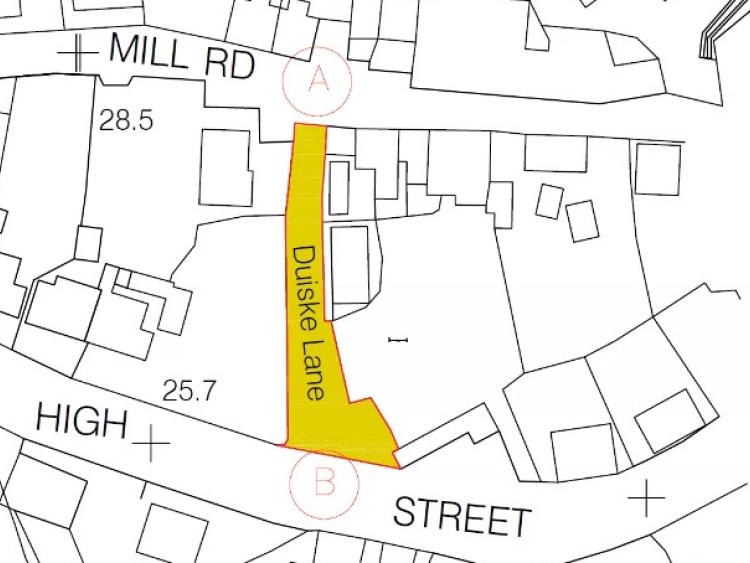 A lane that has been used as a short cut by school-goers and  locals in the centre of Graignamanagh is to be formally made a public road by Kilkenny County Council.

Duiske Lane, between Mill Street and High Street, has been used for many years but recently representations were made to make it a public road, Area Engineer Declan Murphy has told local councillors.

The 58 metre lane is “a vital piece of infrastructure in Graignamanagh,” Cllr Peter Cleere said. However, he said, in recent years the lane has declined and has become a bit of a health and safety issue.

Cllr Cleere formally proposed the lane be taken in charge by the county council. Cllr Michael Doyle seconded the proposal.