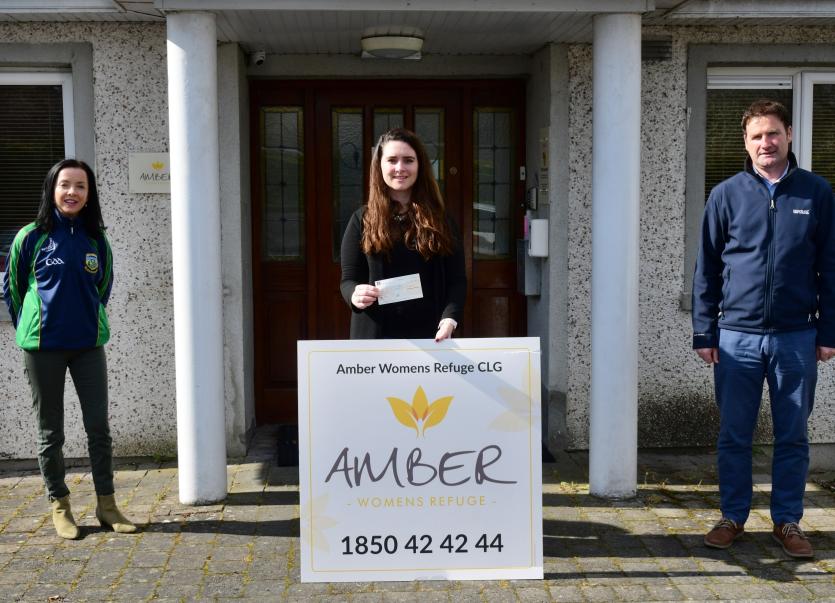 Over four weeks in March teams took part in the Bennettsbridge Camogie Club Steps Challenge with over 300 participants, young and old, from near and far, clocking up 156,681,102 steps, which equates to an amazing 119,391 kilometres!

The aim of the challenge was to get people moving, build a sense of community and raise some funds for both the camogie club and a local charity.

Thanks to everyone who participated, the club raised a fantastic €3,140 and were delighted to be able to hand over €775 to Amber Women’s Refuge. Amber is the club’s chosen charity and provides essential support to families in Kilkenny and county.

Every team in the camogie club took on the challenge with young players, from under-4s up, walking in family groups, and getting their extended families and friends to virtually ‘join’ their teams, doing their own walks and submitting their step counts. 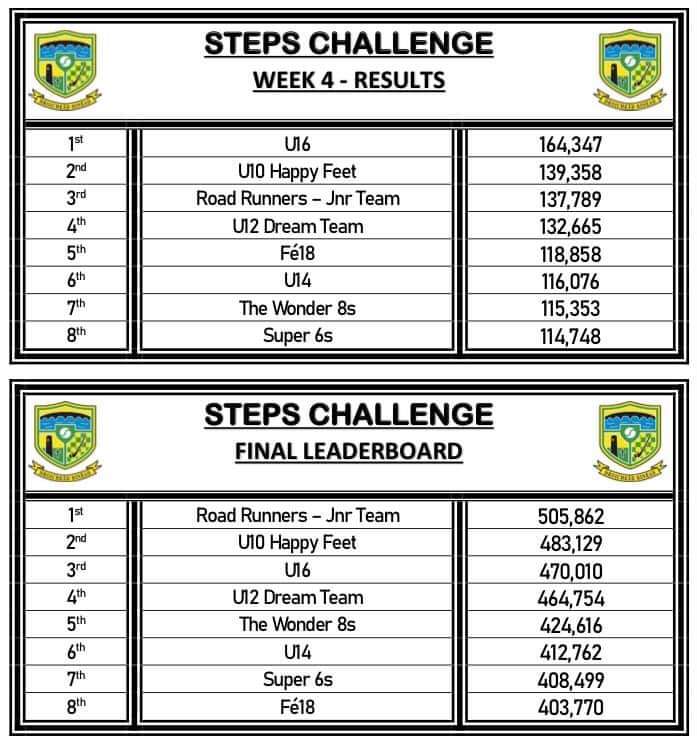 Throughout the four weeks the walkers went out in all weathers to get the steps in. Competition was strong and every Sunday night there was great anticipation as all waited eagerly to see the weekly leader board.
Congratulations to the Junior Team of Road Runners who came out on top with enough steps to take them all the way to South Africa!

The challenge might be over for now but Bennettsbridge Camogie Club are still getting the steps in and are looking forward to getting back to the pitch.
A huge thanks to the Steps Committee members, Alan Morrissey, Linda Maher and Eimear Mahon, for organising the challenge throughout and to all of the team leaders who kept the walkers motivated each week.
Thanks and praise also to Gemma Morrissey for putting together great leader board videos each Sunday.

The Club would like to acknowledge and thank the following sponsors: Declan Forristeal, Dunnes Stores, Kilkenny, Patricia Hattersley, General Manager or Musgrave Marketplace, Waterford and Catherine Lambe, HR Transformation Director with Musgrave, Cork.
Congratulations and well done to all who took part.