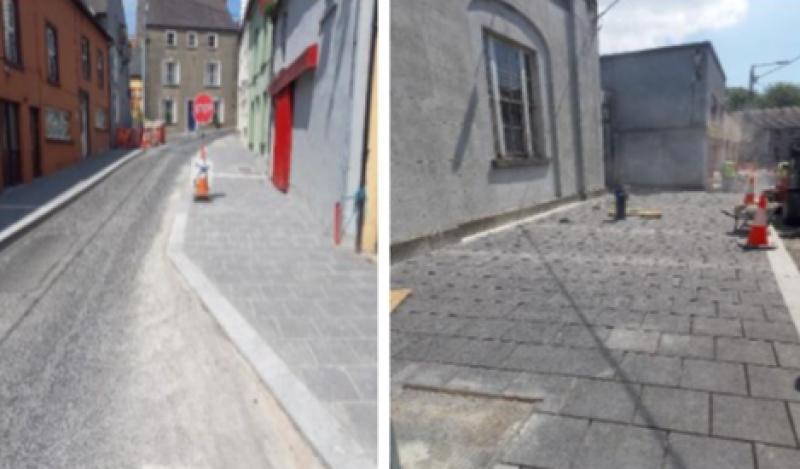 New amenities and improvements to the public realm in Thomastown are making great progress in Thomastown.
Work at the sports and amenity area in Thomastown is well underway. Civil works for public lighting are complete and site clearance began last week, for playing court and seating. The seating is on order.

Local councillors were given a full report at the recent meeting of Callan Thomastown Municipal District councillors, by Area Enginner, Declan Murphy.
A contractor has been appointed to lay the surfaces for basketball and tennis courts.
Public realm improvement works in the town centre are also progressing well - it is hoped to be completed before the end of the summer.

Area Engineer, Declan Murphy, told the meeting that limestone kerbing and paving along Logan Street is now 80% complete.
Last week ESB were in Thomastown to remove overhead cables; meanwhile Eir works were carried out to remove poles from Logan Street.
New public lighting is being installed along Logan Street.
On Low Street work is continuing to underground cables.
Two further projects are scheduled for this summer.
Pedestrian crossings have been designed for Ladyswell and Maudlin Street. Works on both projects will begin during the summer when schools are closed, Mr Murphy told councillors.