Paul and Jamie full of hope heading to South Africa 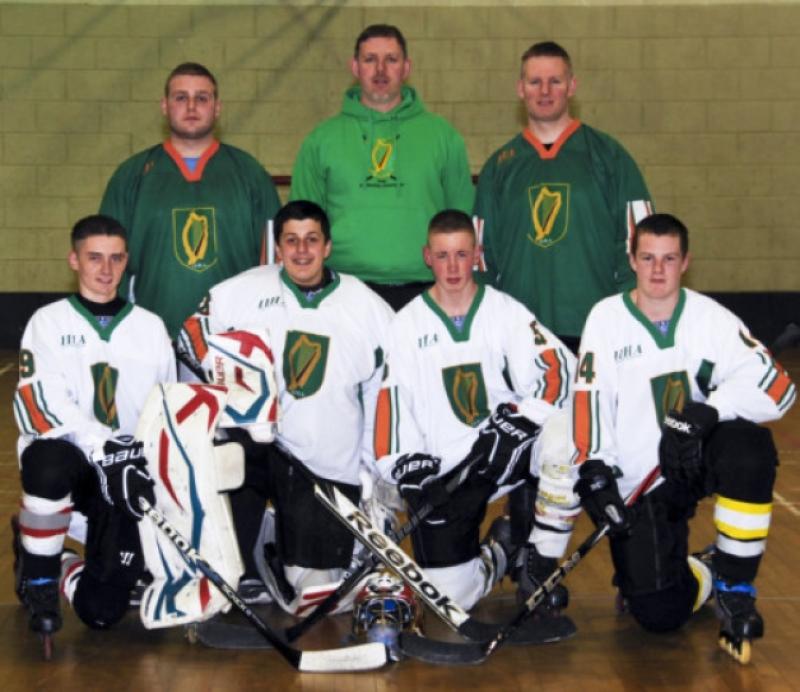 TWO Kilkenny competitors with an adventurous spirit are heading to South Africa this week to compete in, of all things, the ice hockey World championships.

TWO Kilkenny competitors with an adventurous spirit are heading to South Africa this week to compete in, of all things, the ice hockey World championships.

And they will create history by doing so!

Paul and Jamie Cummins, members of the Kilkenny Storm Ice and Inline hockey club, are part of the Irish senior squad that will be chasing promotion at the championships in Cape Town. This is the first time the Kilkenny club has had players chosen at senior level.

“This is big in terms of representation and achievement,” insisted Mick Cummins of the Kilkenny Storm club.

The Irish ice hockey squad, managed by Jim Pepper (Dundalk), will do battle with teams form South Africa, Luxembourg, Greece, South Korea and the United Arab Emirates in the championships which begin on April 15 and run until the 21st.

The teams play in a round robin series against each other, and the country with the highest points tally at the finish wins promotion from Division 3.

“This is a huge challenge for the squad,” explained Mick Cummins, who was general manager of the Irish under-18 (junior) squad that competed at the World championships in Turkey recently. Incidentally, Paul Cummins was assistant coach with that under-18 squad.

“Expectations are high,” Mick continued. “Ireland has a really committed and determined group. They won’t fail for lack of effort or commitment, that’s for sure. Playing five games in one week will be a demanding schedule, but the players are up for the challenge.”

The host country would be considered favourites for promotion. Greece and UAE would be relatively new to this level of competition, so the |Irish would be in with a chance of making the step up.

Ireland have competed at the World championships for the past six years, with varying degrees of success. They won gold in Mexico two years ago, when they gained promotions.

Ice hockey enthusiasts are nothing if not committed. The only ice hockey facility for games in this country is in Belfast, so trips North are a regular thing for Kilkenny club members.

The ‘Inline’ - skates four wheels in line - addition to the name is because the club trains indoors when they cannot make the ‘ice’. In Kilkenny they use the indoor facilities at the O’Loughlin Gaels GAA centre on Sunday mornings, and they cater for under-age, junior and senior players.

“Winning representation at senior level is a big boost for the club,” Mick Cummins continued.

Because the sport is not grant aided by the Irish Sports Council, the competitors invariably have to dip into their own pocket to make ends meet, although the Irish Ice Hockey Association does what it can as part of the International Ice Hockey Society.

“If the players were to think about money and costs they wouldn’t compete at all,” Mick laughed. “They love what they are doing, so they get on with it. It is a great honour to represent your country.”

The gear for playing, made up mainly of safety equipment, could set a player back in the region of 500 Euro. And if someone was unlucky enough to break a stick, they could drop nearly 200 Euro purchasing a replacement.

“It could never be about the money,” Mick Cummins insisted. “This is about enjoyment, sport and the love of something.”

Mick, holder of a bronze medal from the 2009 under-18 World series, was manager of the Irish under-age team in Turkey recently. Kilkenny club members in that squad were Aaron Grehan, Graignamangh; Oisin Power, Graignamanagh; Dara Hickey, Kilkenny City and Anthony Coy, Kilkenny City.

The Cummins boys are sons of Tom and Kitty Cummins, Loughboy.