Flying Lisdowney go in search of an early Christmas present 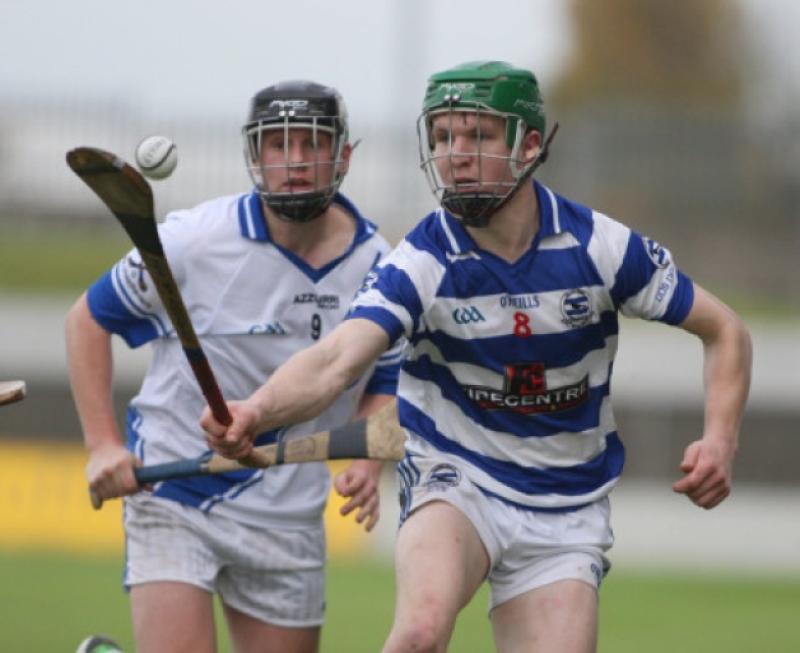 Well prepared Lisdowney powered on, and Leinster could well be theirs within the next two weeks. Heady days indeed!

Well prepared Lisdowney powered on, and Leinster could well be theirs within the next two weeks. Heady days indeed!

Offaly’s best, Ballinamere, who will enjoy home advantage in the provincial final on Sunday week, stand between the Kilkenny champions and the Leinster title.

“We are really looking forward to the final,” insisted Lisdowney manager, Martin Power, after the county champions simply cut down Carlow Town in this semi-final in Dr Cullen Park on Sunday.

“The players make sure they prepare properly for every game,” the manager continued. “It is fantastic to be in the Leinster final. The whole parish is behind us. The feeling is great.

“The players deserve every accolade they get. Hopefully they can add Leinster medals to the county ones won already. Things change a bit after you win the county title, but once we got back up on the horse for Shanahoe (Laois; the last match) we were back in business. The players were mad for hurling again after celebrating the win in Kilkenny.

“The passion was there,” Martin insisted. “The lads set out their stall last December. Winning the title in Kilkenny was the primary goal. After that we would take anything that came our way. All these wins build the confidence of the players.

“The standard of club hurling in Kilkenny is so good, it prepares you for anything. We will be ready for the final. The next game is all that matters now.”

The opposition was poor on Sunday, but Mr Power made no comment apart from saying Lisdowney could do nothing about that.

“Fair player to our lads, they stuck to the game plan and hurled away from start to finish,” he added. “They didn’t get involved in anything.”

Team captain, Martin Phelan insisted Lisdowney were ready for whatever Carlow threw at them. They prepared as if they were facing a team of All Stars. The aim was to get the bets out of themselves, and see where that took them.

“We had a good lead at half-time,” he reminded. “We added a few scores early in the second half and it was a matter of keeping things tight after that. Our attitude was right, spot on.

“You can beat yourself if the attitude is not right. It is nice to be in the Leinster final. You don’t hear the words Lisdowney and Leinster final in the same sentence too often. It is great to be looking forward to it. It is great for the parish and club.

“The club championship is wonderful for the community. We are like one big family. We had these wrist bands for the county final and everyone is still wearing them. Everyone is getting a buzz out of it, and especially so in these difficult times.

“The players love going to training,” he insisted. “We never thought we would be training so late in the year. It is wonderful having to go to the field, no matter what the weather. If we can win the Leinster final we will have a right go at the All-Ireland, but we can only take it one game at a time. The aim now is to grab an early Christmas present.”

Early grabs more or less revealed how things were going to go in this semi-final. Carlow were simply out-classed from the throw-in. They were five points behind before they knew what hit them, and when full-forward Paddy Bowden buried two balls in the net in the 21st and 22nd minutes it was bye-bye Carlow.

Corner-forward Edward Kenny was in hot, hot from from the start. He worked hard for the opening point after only three minutes. He landed a second in the 11th minute, and with additions from Rory Hickey (65 and free) and Lar Carroll the losers were left 0-5 to no score behind.

Carlow missed two fair chances from frees during that time, but their general hurling, reaction times and touch weren’t in the same parish as the opposition. Having said that, they opened their account with a splended point from Paul McElligott in the 13th minute from the right sideline and 50 metres shooting into the Dublin end goal. By the end of the quarter they had four wides marked against them (two for Lisdowney) when the score stood at 0-7 to 0-2.

Lisdowney were easing away slowly but surely. They blasted out of sight when Bowden struck at the double. The first was born from a great win of possession by Vinny Fitzpatrick in midfield, knocking the ball away from an opponent while on the ground. The free sliotar was gathered by Rory Hickey.whose high delivery came back into play off the right upright. The ball barely hit the ground when Bowden pulled first time. The net shook.

For the second Bowden and ’keeper, Sean McCormack were fully committed in the tackle when a ball broke to the right edge of the square. The Kilkenny man won the contest, and the ball flashed into the net, 2-9 to 0-2. There was no way back for Carlow after that. At half-time they trailed by 2-10 to 0-3.

Carlow had sub, Ivan Fennell sent off for a vicious fouls in the last quarter. First he felled star performer, Edward Kenny by driving the hurley into his midriff. He then kicked the felled Kenny full force into the ribs while lying on the ground. Vicious. Nasty. Awful.