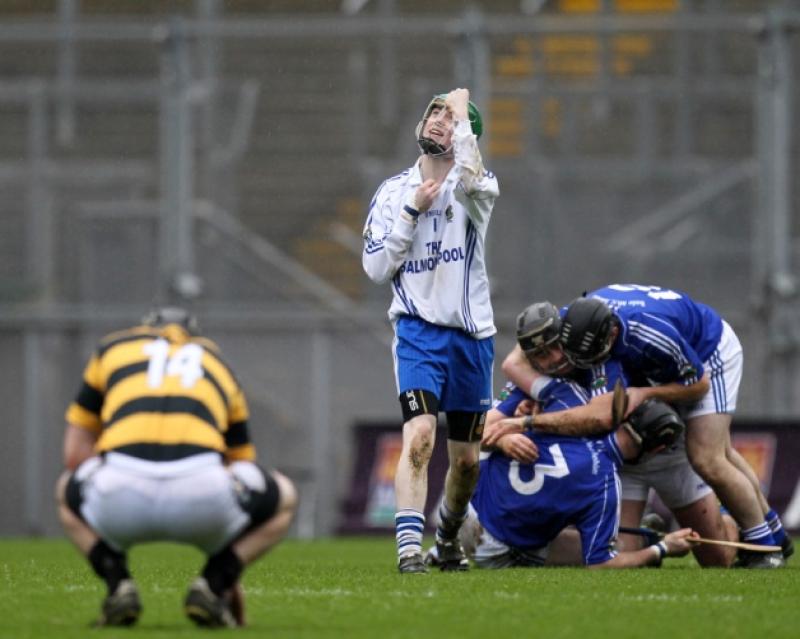 Thomastown scaled the heights to become All-Ireland champions, but gave themselves some extra challenges before making it to the top.

Thomastown scaled the heights to become All-Ireland champions, but gave themselves some extra challenges before making it to the top.

The men from Grennan had to overcome several tough hurdles posed by Fullen Gaels before they could savour a 2-17 to 2-14 success at Croke Park.

The Leinster champions had tried to make a strong start in the opening stages, but were shackled by some determined play from Fullen Gaels.

The sides were level going into the second quarter, but a Darren Burke goal helped Thomastown go in 1-10 to 1-8 up at the break.

A second Gaels goal early in the second half was a shock, but Thomastown regained their composure and grip on the game.

Helped by Thomas O’Hanrahan’s goal they dominated the third quarter, adding points from Donnelly, Dessie Walsh and Burke to move 2-15 to 2-8 clear.

With little over a quarter of the game left to play Thomastown seemed odds-on to become the fifth Kilkenny team to land the junior title but Fullen Gaels stormed back.

There were just two points in it with time almost up, but a Michael Donnelly free settled Thomastown’s nerves and secured national glory.