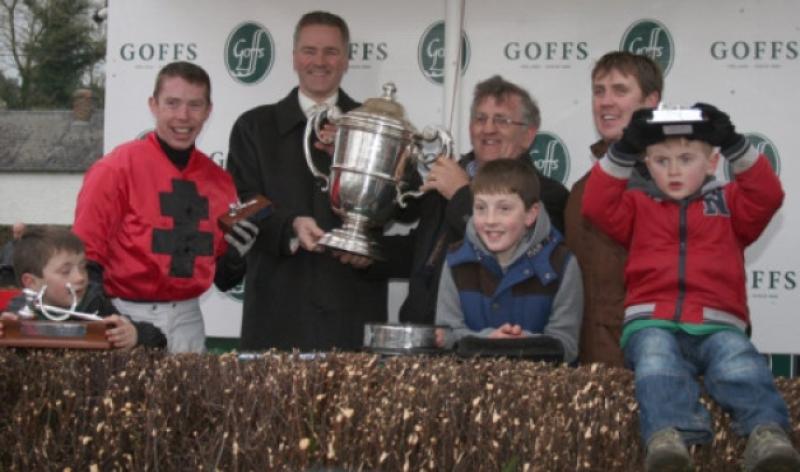 Jockey Patrick Mullins made history in January when he broke the record for the number of winners saddled by an amateur in a calendar year.

Jockey Patrick Mullins made history in January when he broke the record for the number of winners saddled by an amateur in a calendar year.

Racing in Leopardstown, Mullins eclipsed a near century-old record of 72 winners set by Billy Parkinson back in 1915 when he rode Zuzka to victory in the Grade Three Mares Hurdle.

Mullins added a 74th winner for good measure, guiding Outlander to the spoils in a bumper.

Bad month for the Kilkenny & District League Youths, who bowed out of the inter-league competition when they lost 3-0 away to the TSDL.

Needing only a draw in Tipp to progress, the Cats were sunk as two quick goals saw the hosts advance at their expense.

January was also the month that St Lachtain’s (Freshford) bridged a 35-year gap when they lifted the under-21 Roinn A county title.

The 2012 decider, carried into the New Year through weather delays, saw the Saints beat Southern champions Mullinavat on a 2-11 to 0-15 scoreline, Shane Donnelly and Steven Farrell shooting late points to seal the silverware.

Tributes were paid to Kilkenny GAA stalwart Noel Hickey, who announced his retirement from the inter-county scene.

The Dunnamaggin man is one of three Kilkennymen (along with Noel Skehan and Henry Shefflin) to win a record nine senior All-Ireland hurling medals.

“It would be hard to find a better defender in his era,” said Kilkenny legend Phil ‘Fan’ Larkin in praise of Hickey, “He was a star of a great era in Kilkenny hurling, and he played a huge part in that.”

“It is very hard to judge the players from one era to another, but Noel Hickey was one of the best of his time - and that is saying a lot.”

The month ended with Jadalani capturing the prestigious Thyestes Chase at Gowran Park.