Clara climb to the summit 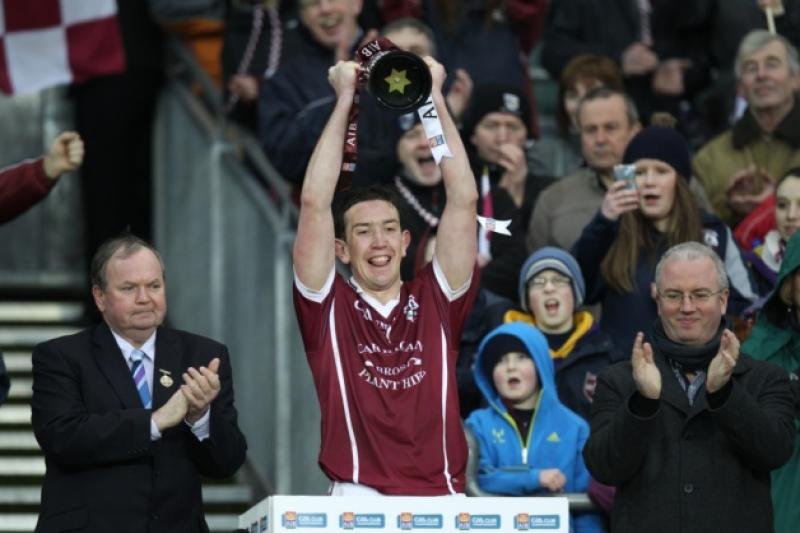 The big, old house is growing accustomed to the Kilkenny members of the ‘maroon club’ conquering.

The big, old house is growing accustomed to the Kilkenny members of the ‘maroon club’ conquering.

After Dicksboro and St Patrick’s (Ballyragget) enjoyed the sweet taste of victory in Croke Park in the past Clara climbed to the summit clad in their famous maroon in the All-Ireland club intermediate hurling championship final.

“You live, you play for days like this,” insisted proud team captain, David Langton, after the challenge of St Gabriel’s (London) was dismantled in a 1-16 to 0-11 decider.

The victory was secured as early as the 32nd minute when top scorer Keith Hogan finished a beautiful flowing move to the net to stretch the divide to 1-11 to 0-4.

The floodlights were turned on as the rain lashed down and greyness engulfed the stadium at the start of the match. Within seconds the elusive James Nolan rounded his marker in the right corner at the Hill 16 end and forced a good save from ’keeper, Aidan Ryan. During the following minutes Hogan pointed for Clara and Gabriel’s snatched one through John Grealish that might easily have been a goal after Luke Hands planted an awkward ball on the edge of the opposing square from the right wing.

On four minutes Brian O’Shea gathered a great pass from beyond midfield by Jack Langton before splitting the posts. Clara were in front and never looked back. They doubled the advantage when Conor Phelan sliced through the heart of the losers defence before passing a good ball to Hogan, who sent the white flying. David Langton blasted over a mighty point from 70 metres, again with an assist from Phelan, to stretch the difference to 0-4 to 0-1 after 11 minutes.

Clara were dominant. The gap was at six points in the 18th minute after Liam Ryan joined the lengthening list of scorers (0-7 to 0-1). Gabriel’s did put two scores together through free taker, Martin Finn, but at half-time you feared for the Londoners when they trailed by 0-4 to 0-11.

Within 90 seconds of the new half St Gabriel’s were done for. Brian O’Shea and Conor Phelan combined on the right wing to work a good opening. Phelan’s aimed drive found Keith Hogan on the edge of the Gabriel’s square, where he diverted the arriving sliotar into the net from a kneeling position.