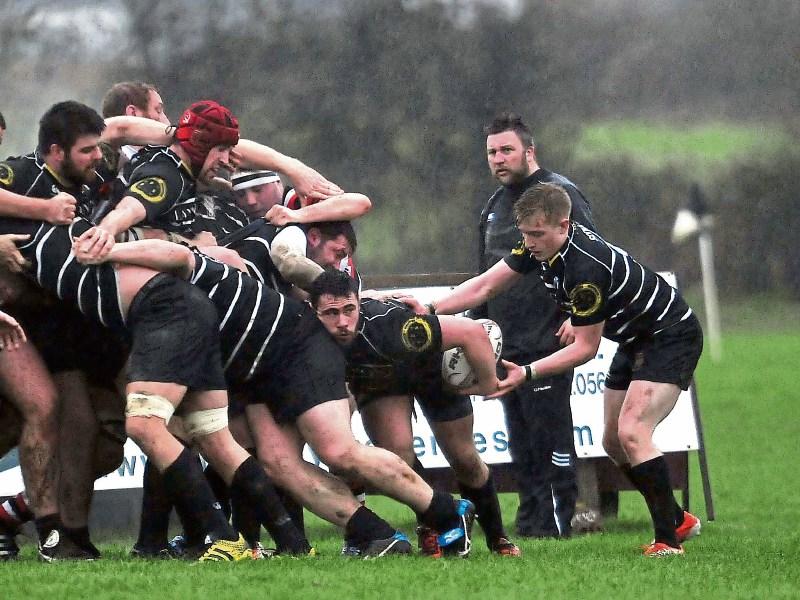 Old year or new year it was all the one for Kilkenny Firsts, writes Padraic Treacy.

Luck has deserted the Cats at crucial times during matches in the Leinster League Division IA, and it was the same against their 'Cup conquerors, Enniscorthy in Foulkstown on Saturday.

The visitors won via a converted late, late penalty and the result dumped Kilkenny second from bottom in the league table.

“Things are not as bad as they appear, but we have to start putting the results together,” insisted Kilkenny manager, Pakie Henebry.

“We can survive, no doubt about that,” he added.

Kilkenny have five games remaining in the League. They are above Sutton in the league standings, but they can catch Clondalkin, who are two points ahead, and maybe even Monkstown.

“Things look an awful worse than they are, but it will take hard work to turn things around,” Mr Henebry admitted.

Kilkenny battled hard in cold and wet conditions on Saturday but unfortunately for them they came off second best against the recently crowned AIL Junior Cup champions.

Rivalry is fierce between these two teams which was demonstrated on Saturday.

A 7-7 draw looked on the cards until Enniscorthy converted a late kick.

‘Ifs and buts’ stories do not win games. Kilkenny are back in the relegation zone, albeit, only a single point behind Monkstown and two behind Clondalkin.

With Kilkenny having beaten Monkstown the previous week in Foulkstown and with Clondalkin still to play, there is a lifeline to grab if the Foulkstown outfit are determined enough to do it.

Kilkenny have five games left to play in the league and they face some tough and stubborn competitors over the next few weeks.

It goes without saying that they need to win all remaining games to remain safe and have a chance to compete at this level again next year.

Given the quality of their players, this should not be a difficulty. However, in practice it is a different issue.

The transition to Saturday rugby this season has not gone in Kilkenny's favour with many players committed to work schedules.

These are the woes of amateur sport and players should be able to find solutions to these issues if they are to continue to play at this level.

Enniscorthy enjoyed a terrific start, scoring a try in their first visit into their opponents half. They added the points from the conversion.

Those were the only scores of the half. Kilkenny were most unlucky not to grab a try almost on the whistle for the break after winger, Podge Mahon made a great break.

The fast covering Enniscorthy defence stopped him just short of the line.

Kilkenny threatened most after the break. Their efforts were rewarded when Liam Caddy finished a great break with a try after the ball was moved through six phases of play.

The conversion points were added by Rory McInerney to square it at 7-7.

The visitors continued to live dangerously, although their defence was generally sound. While Kilkenny threatened, and seriously, they couldn't get in for another score and they were caught by a sucker punch at the finish.

“It was nearly a carbon copy of the break they got in the 'Cup final to beat us,” Mr Henebry said. “Those are the breaks of the game.

“The really sad thing about the result is that it comes at a time when our training is going well. What we need to do now is bring our training ground form into matches and we will be okay.”

Meanwhile, Kilkenny Seconds also fell to the same opponents on Saturday. They were soundly beaten 27-0.

This has not been a good season for the Seconds so far, but there is still time and ample opportunity to improve and clock up a few wins and provide a good base for the upcoming Towns Cup competition.

Kilkenny are at home to Ashbourne in the first of their ‘must-win’ games this Saturday. Kick-off is at 2.30pm.

The Seconds kicking off against the same opponents at 1pm.