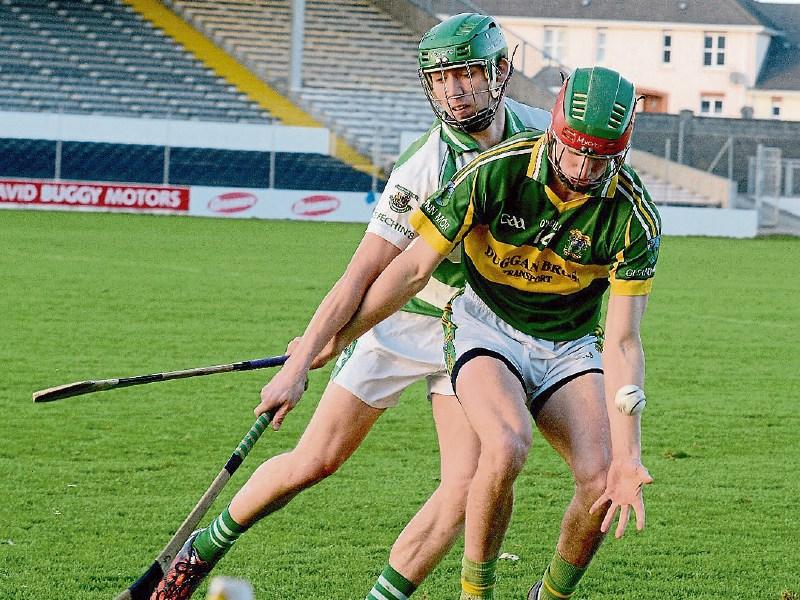 It will be like starting the season all over again for Glenmore when they clash with Lusmagh (Offaly) in the long delayed Leinster club junior hurling final on Saturday, their manager has suggested.

The final was originally fixed for mid-December, but the prolonged bad weather coupled with the travels of some of the Kilkenny players with the All-Stars and on holidays meant the final had to pushed back and back.

On Saturday in Tullamore the clubs should finally get to sort the business, with Glenmore attempting to become the 12th Noreside club to land the title while Lusmagh would be Offaly’s second.

“Whatever momentum was built up by ourselves and Lusmagh in the home championship and in Leinster to date probably won’t be at the same level,” suggested Glenmore manager, Thomas Mullally, when speaking about the affect the long delay might have on the players.

“Once the game starts we will have a fair idea how individuals are feeling, but as ever, we will put a lot of trust in the players.”

The last Kilkenny/Offaly clash in the final involved Ballinamere and Lisdowney in 2013. The Offaly outfit won that one by 2-8 to 0-13.

Lusmagh played at intermediate level last season and won promotion to the senior grade, so they will present more than an average test for the Kilkenny junior champions even if they have a current All-Star, Ger Aylward, in their ranks, plus Kilkenny goalie, Eoin Murphy, and the vastly experienced Richie Mullally, a former senior All-Ireland medal winner.

“We had a nice rhythm going and the season was unfolding nicely, but then there was this delay,” added Mr Mullally, who guided surprise packet Mount Leinster Rangers (Carlow) into the senior All-Ireland final a few seasons ago. “How individual players handle the break could make a difference.

“It is almost like starting from scratch with a question mark over the form of everyone. It is almost like a new competition. For whoever wins there are only two games left to the finish - the All-Ireland semi-final and final.”

Actually the All-Ireland semi follows the weekend after, so the winners will have enjoyed a handy and badly needed muscle flexor.

Lusmagh were relegated the year before last. They were unlucky not to climb straight back up last season. They put up big scores and defending well during 2015, but Glenmore will concentrate more on getting their own game right than what the opposition are doing.

“Both ends of the field seem to be working well for them,” Thomas Mullally noted. “With the scores they have been putting up they are obviously good strikers. It is a big challenge for us.

“We have come up to intermediate level. They have gone senior. That is the reality of the situation. We have to try and bridge the gap and find out where we stand. If we are there or thereabouts we can go for it.

“The cold facts would suggest we are up against it playing senior team. Lusmagh were senior before and they have experience.

He used Bennettsbridge as an example of how a squad can grow and mature by doing well in the club championship.

“They never looked back,” he said of the Kilkenny junior champions of 2014. “They have developed every way - their hurling, physically, the ability to think on their feet and move on. They deserve great credit.”

Glenmore liked what they saw the ’Bridge do, and they wouldn’t mind a piece of the action.

Glenmore have an astro turf facility in the club, and that was used for training during the break, as was any source of activity, including a 5km local run for charity.

“Anything that was going on like that we took advantage of,” Mr Mullally explained. “We varied things as much as we could.”

When the weather picked up in the second half of last week they were able to get in a bit of hurling at long last.

“This competition, to some degree, can depend on what the players want to get out of it,” he continued. “We had momentum coming up to the Leinster final. It was easy tell where we stood in relation to what we could deliver on any given day.

“There is a big difference to what might happen now. It is no use crying about the weather. You get on with it. Our lads haven’t used any excuses.

“This competition test you, no doubt about that. But the rewards are great. You cannot put a value on them for an individual, a club, a team. It is priceless.”

Glenmore, he insisted, are embracing the challenge. Everyone felt deflated when the original fixture was abandoned. They were up for it.

“If it wasn’t played on the Saturday of the planned weekend and was switched to the Sunday we would have played,” he assured. “We were ready.”

“It is a final; the circumstances are a bit different, but I am sure the players will give a good account of themselves,” he assured.