Some players opt out, but new managment team means business 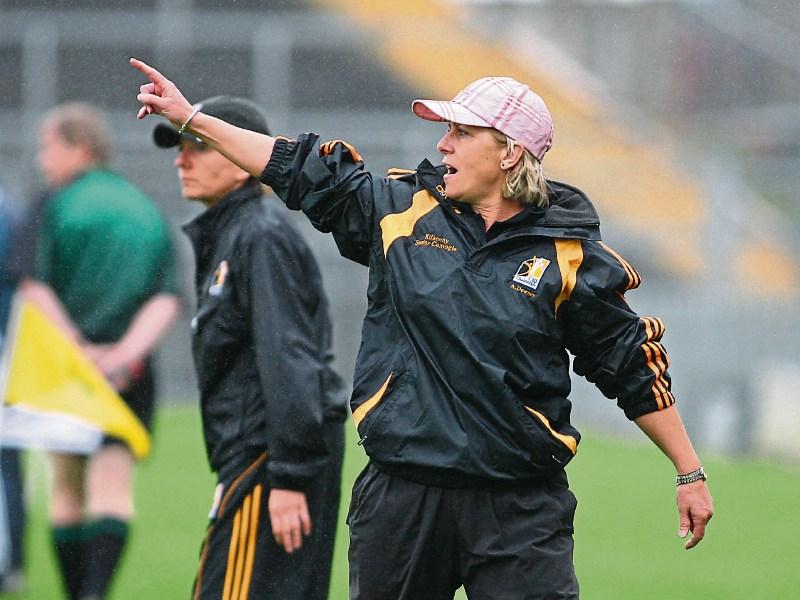 For a while it was the job no one wanted. However, in the end Kilkenny ended up with something akin to a ‘Dream Team’.

And former great, Ann Downey, will head the group hoping to plot a bright new future for Kilkenny camogie.

“We can’t win the matches, that will be up to the girls,” was the play it down comment from the 12 times All-Ireland senior medal winner. “But we would be confident there is plenty of good talent to work with.”

And the richness of talent continues, with Ann’s twin sister, Angela Downey Browne, reckoned by many to be the greatest player of all time, and Breda Holmes, two ladies well versed in winning way, “helping out in the background”.

Months ago Kilkenny camogie looked in turmoil following the shock resignation of manager, Fintan Deegan only a year into a three year reign.

Initially there was little interest in the job, all might be candidates apparently reluctant to make a move when stories of disharmony in the camp surfaced.

Ann Downey, daughter of the late Shem Downey, an All-Ireland winner in 1947, didn’t shy away from the challenge. The county had needs. She responded. This is her third time in the job.

After that it was 2011 and the county won the National League.

“I am excited by the challenge ahead,” she insisted.

And that challenge will start with a hill climb. Seven members of last year’s panel have already said they are not interested in playing.

“That is a big disappointment,” Ann admitted. “Look, we have to build another panel now and go with it.”

The new Selection Committee made contact with nearly 40 girls. They have about 26 on the panel currently.

Pre-season circuit training has commenced in Clara Hall, but about a dozen girls are playing with various colleges - WIT, UCC, UCD, Mary I and so on - and they have been cut some slack.

“There is great optimism, even if some big names are not playing,” insisted Ann, who helped WIT win the Ashbourne Cup last season when working with Mullally and Phelan. “That is a disappointment, but we have some new and exciting young players.”

The new kids on the block include Sarah Kent (Danesfort), Yvonne Gannon, the three Farrell sisters. The experienced Katie Power had another operation on her knee two weeks ago. She will be out until the middle of the Summer.

Shelly Farrell also had an operation to correct a long standing problem. The hope is she will be back in a month. Grace Walsh is nursing a knee injury, but she should be back to help her club, Tullaroan, in the All-Ireland intermediate club series.

“It is a bit of a struggle at the moment, but the girls are committed,” Ann assured. “There was never a problem with getting players to commit. The girls always trained very hard.

“They are committed to the sport, but maybe with some the sheer disappointment of not getting over Cork in the semi-final last year proved too much. They gave it their all and things didn’t work.

“Maybe they feel they need a break now, but we haven’t closed the door on anyone.”

The county hasn’t won the O’Duffy Cup, the prize for the senior champions, since 1994 when the Downey twins, Bridget Mullally - sister of Paddy - Tracey and Sinead Millea, Gillian Dillon, Deirdre Malone and so on walloped Wexford, 2-11 to 0-8.

“Talk of winning the championship can become obsessive or oppressive,” Ann said when the subject was mentioned. “We’re not going in promising anything. We want to build a new squad, a new team.

“All the girls are well able to hurl. They have to learn to use their head a bit more, maybe.

“Forget about the All-Ireland,” she insisted. “We can only take on each game as it comes. You can’t have yourself chasing an All-Ireland before you play any game.

“It is swings and roundabouts in sport. Kilkenny’s time will come again, but we all have to work hard and be patient. There is no easy way to success, and the standard of camogie is getting better every year.”

She felt luck wasn’t always on Kilkenny’s side in those finals. They lost one during her previous stint in the job, when inexperience proved costly.

The defeats of 2013 and 2014 could easily have been turned into golden days had Lady Lucky helped, even a little, Ann felt.

The season opens on February 22 when the Cats play in the National Camogie League. There will be an intermediate team operating in tandem with the seniors, but the senior selectors won’t be involved with it.

“We would like to get as many girls playing camogie on the weekends as possible,” Ann explained. “We will be watching developments at all levels, club and county.”

The county can have 30 players on the senior panel. The selectors have vacancies, and they are not finished looking.

“We would hope to have 30 girls on the panel for the championship,” Ann suggested.

The All-Ireland quest will always be on the agenda, we suggested.

“I wouldn’t like to think it is becoming a mental thing,” Ann replied. “Certainly some teams in recent years have been very unlucky. The year Galway beat them they were unlucky. On the day a few decisions went against them that didn’t help.

“The last year I was involved Cork beat us, but we were just too young. Katie Power, Denise Gaule and Shelly Farrell were only 17 or 18. They have matured since.

“It is not a god-given right to win an All-Ireland just because you are from Kilkenny. For us now it is about working hard; getting the girls physically fit and building up their upper body strength so they can strike the ball on the run.

“We have the forwards. We had six lethal forwards together last year, but they didn’t get enough of a test coming up to the All-Ireland semi-final against Cork. They won games too easily.

“They needed a tougher challenge before going in against Cork,” she added.

After the League campaign will come the Leinster championship, which commences in May. The All-Ireland series beings on June 18 and involved in Kilkenny’s group are Derry (first match), Dublin (home), Tipperary (away), Galway (home) before the quarter-finalists are decided.

“There is nothing too easy there,” Ann felt. “We will look at the League and try and get strong performances together. After that we will look forward to June 18.

“You have to be optimistic. I have worked with Paddy and Conor in WIT. I know what they bring to the table. I think the girls will really buy into what they have to offer.

“As well as being serious, there has to be enjoyment too,” she continued. “I reckon the girls will look forward to training because it will always be something different.”

Work with the sliotar will form a huge part of preparations. The sessions might last for 90 minutes or more, but the girls will always have the ball in their hand, she explained.

“I am as excited as ever about the game and the calibre of players we have,” Ann insisted.

“Sure, I am disappointed we lost players from last year, but there are plenty of girls ready to go.

“We believe we can make a difference, but we won’t be playing the games,” she continued.

“We are there to help and to put the structures in place to give the girls the best chance possible to get the best out of themselves.

“We are looking forward to the season, and the girls are buying into our vision of things,” she concluded.