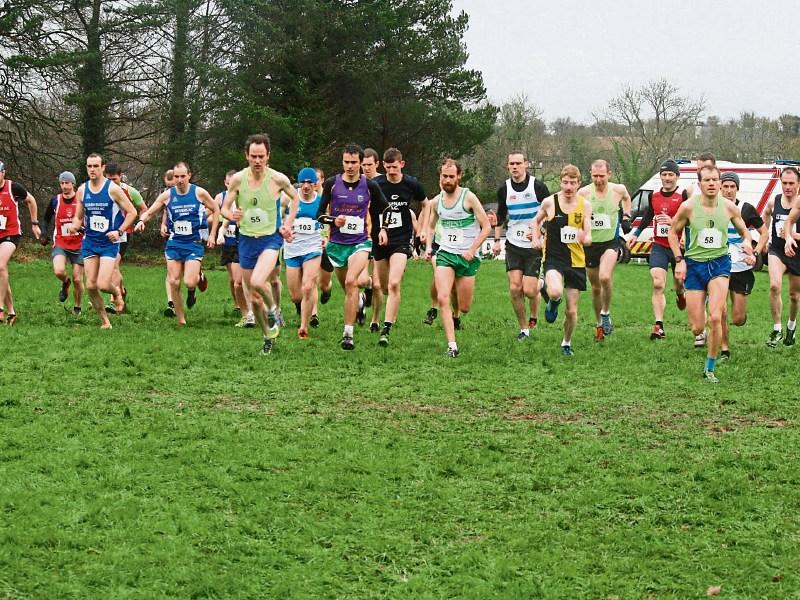 It was another busy weekend of athletics action with clubs from all over Kilkenny tackling a number of races.

As well as cross-country action in Antrim on Saturday and Kilmacow on Sunday, the indoor season began in Athlone.

St Senan’s were hosts of the Leinster cross-country championships, with the Sports Complex at Kilmacow a hive of activity on Sunday.

The programme opened with the juvenile club relay championships. The host club had a podium finish to celebrate in the very first race as the girls’ under-12 team of Libby Murphy, Sophie Williams, Juliette Evans and Caoimhe Phelan earned the bronze medals.

St Senan’s also collected bronze in both the boys’ under-14 and the girls’ under-16 events. There was bronze also for St Joseph’s with their girls’ under-14 team taking third place.

There was success also for Gowran AC. They earned silver medals through their girls’ under-14 team while the boys’ under-16 team bagged bronze.

Top of the Kilkenny pile were Thomastown, who took home two sets of Leinster gold with their girls’ under-14 and under-16 teams finishing first in their events.

These feats were made even more remarkable by the fact that these young athletes travelled to Antrim on Saturday to participate in the international cross-country event - they brought home a set of gold medals from the North to complete a great weekend.

There was more Kilkenny success in the senior races, with podium finishes and bronze medals for both the men’s and women’s teams.

There were excellent runs from Castlecomer athlete Sile Carroll, who now competes with Liffey Valley, but maintains her county Kilkenny allegiance. Along with Sally Forristal (St Joseph’s), Adele Walsh and Aine Kinsella (St Senan’s) and Maura Bambrick (Gowran) they won bronze for the county.

There was some great running by the men also. In the 10km race David McPherson (Kilkenny City Harriers - KCH) led the charge for the county from the off, sitting in with the leading bunch.

David, who was sixth in the Waterford half marathon last week, kept his fine start to 2016 going by coming home as the top Kilkenny finisher in fifth place. Next home for the county was Sean Caulfield (St Senan’s) in ninth place, closely followed by Oliver Mullally (St Senan’s). The Gowran trio of Derek Kehoe, Simon O’Dwyer and Marty Mosely completed the scoring six for the county, taking home bronze medals.

There was international glory for Thomastown AC when their girls’ under-13 team of Fiona Dillon, Aine Kirwan, Hannah and Orla O’Keeffe struck gold at the IAAF Antrim international cross-country in Antrim on Saturday.

Battling heavy underfoot conditions, as well as athletes from England, Wales and Scotland, the Thomastown athletes put in a fine performances and were always to the fore in the race over 1,800m.

In a race won by English athlete Femke Rosbergen (City of Norwich AC), Thomastown’s Fiona Dillon and Aine Kirwan put in a great runs to finish fourth and fifth respectively. They were followed home by Hannah O’Keeffe (ninth) and Orla O’Keeffe (26th), results which saw the Kilkenny club take the team title ahead of City of Lisburn and Dundrum South Dublin.

In the primary schools race, which was held over 1,100m, Orlaith Kirwan put in a great performance to finish in sixth place - this despite giving a year or two to some competitors.

It was a great experience for the girls and an enjoyable day for all who made the long journey to Antrim.

There will be more cross-country action this weekend with the Dundalk Institute of Technology hosting the national intermediate and masters events for seniors and the rescheduled B championships for juvenile athletes.

There was mixed fortunes for the KCH teams in the opening round of the National Indoor League, which was held in the AIT Arena in Athlone at the weekend.

The ladies team marked their first appearance in the competition by taking part in four events. They scored 43pts to finish fifth.

Eimear McMullan collected the top points (13) with a 7.9 seconds run in the 60m. Top points also went to Catriona Twomey with 9.22m in the shot.

Sinead McDonagh added 10 points from the 60m hurdles and Margaret Caldbeck completed the scoring with seven points from the long jump. Margaret and Cliodhna Manning both guested in the 60m with times of 8.34 and 7.70 respectively.

Jack Manning added the other seven with a throw of 9.28m in the shot. He also clocked 7.35 seconds when he guested in the 60m sprint.

The annual meeting of Kilkenny Athletics County Board will be held in the Club House Hotel on Friday, January 29. The meeting starts at 7.30pm.