United crash to City; Cats to take on Carlow 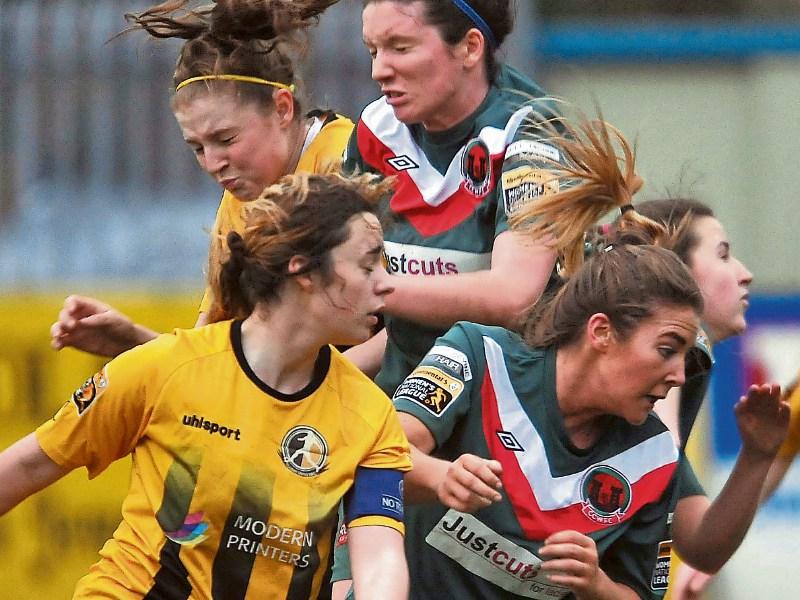 The performance was good, but the result didn’t bear fruit as Kilkenny United were undone by Cork City in the League Cup.

The Cats gave a spirited display, but were left empty-handed as Ciara Desmond’s goal proved enough to give the Munster side their second win in Group A.

Despite missing a number of players due to international duty the Leesiders were quickest into attack mode at Buckley Park, forcing a series of early corners. Desmond was determined to get on the scoresheet, going close with an early header which flashed inches wide of the mark. Lauren Murphy also had a pop at the target, unleashing a long range drive which was saved by Kilkenny ’keeper Christine Coffey.

The visitors, who survived a scare when Niamh Walsh lashed a piledriver narrowly wide for Kilkenny, finally made their efforts county when they broke the deadlock in the 28th minute.

Angie Carry caused panic with a free-kick, and when the ball spilled loose Desmond was quick to pounce, tapping in the rebound.

Rather than flag, the goal stung Kilkenny into action. The hosts showed their teeth, forcing two fine saves from Cork ’keeper Trish Fennelly, but they couldn’t find a way back into the game before half-time.

United continued to press for an equaliser throughout the second half, forcing City to adopt a more defensive role. The home side kept pushing, going close to netting their desired equaliser when Walsh again broke through, but Trish Fennelly raced from her line to make a vital save.

Cork managed to hold on to their lead, a result which leaves them well placed to make the knockout stages of the Cup. Kilkenny play their last League Cup game away to UCD Waves this weekend.

The Kilkenny &District League will be looking to complete a provincial hat-trick when they start their Leinster campaign this weekend.

The Cats, who won their second title in a row thanks to a 2-1 win over the Leinster League last March, begin the defence of their crown against Carlow in Derdimus this Sunday (kick-off 2pm).

Managers Fran Egan and Davy Foley have selected a strong squad, which is backboned by an East End United contingent. Players from Newpark, Clover United and Evergreen also feature.

The side will have a get-together this Friday evening for their final preparations. Four teams feature in this year’s competition - Kilkenny will also play the Combined Counties and Kildare, with the top two sides competing in the Angela Hearst final in April.