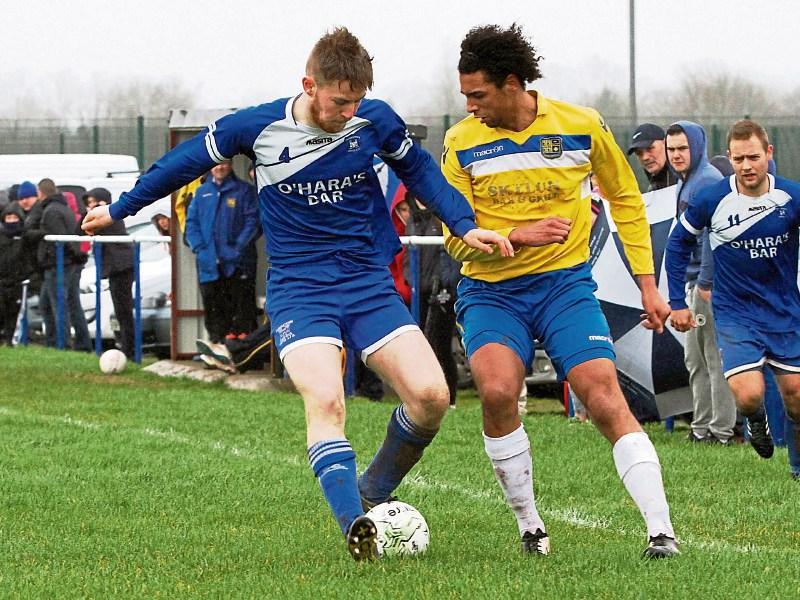 They have moved along under the radar, but Callan United’s A team are now top of the pile in the Premier Division.

Callan have gone quietly about their business this season and continued this run with another home win on Sunday.

Mark Laffin hit the net as they beat Newpark A 1-0, their second win in a week. The Fair Green has been something of a fortress for Stephen Byrne’s side - they’ve yet to taste league defeat there this season. They’ve also made an impressive start to 2016, taking nine points from three games played.

It was another week, another away game for Freebooters A, but this time the result may have repercussions for their opponents.

The Blues secured their third 2-0 win on the road in succession when they downed Evergreen B at the Kells Road (they beat Freshford Town and Spa United by the same scoreline) but they may have also forced their cross-city rivals into a relegation battle.

Goals from Cian Loy and Jamie Lynch gave Jimmy Donnelly’s men all three points, but for Evergreen it’s now seven games without a win. Their last success was against Freshford Town back in October. Since then they’ve taken just two points from a possible 21.

Elsewhere Stoneyford United eased their relegation worries when they bagged a point on Sunday - but it could have been so much better.

On paper it seemed that United had a tough task to get the better of an unbeaten Evergreen A, but at one stage the Premier Division title chasers were the ones on the ropes in Stoneyford on Sunday morning.

A shock result looked to be on the cards when the hosts went two up through Conor Coffey and David Murphy, but they couldn’t hold on for the final whistle. Darragh Walshe performed a rescue act with a late brace, including one from the spot, as Packie Holden’s side pulled a point from the fire.

The last unbeaten record in Division One went by the wayside as Spa United were sunk in Johnstown on Sunday. Freebooters B picked up all three points thanks to a 1-0 win which denied their hosts the chance to cut Clover United A’s lead to a single point at the top - Spa still have the luxury of four games in hand on the table toppers, however. That win also helped Freebooters close to within three points of third-placed Tullaroan, with a game in hand on their rivals.

The other Division One game saw Fort Rangers and Brookville share the spoils in a 2-2 draw at Wallslough. In truth it was a point neither side would have wanted - with both fighting relegation a win would have been the desired result; more so the Ballyragget men, who have played three games more than Fort.

Newpark B seem to have the Division Two title all but wrapped up, but the race for second place is still as hot as ever. Deen Celtic A kept their name in the hunt for promotion when they beat East End United 1-0 in Castlecomer, John Deevy netting the only goal of the game.

That result pushed Celtic into third place, two points behind Highview Athletic, but River Rangers are breathing down their necks. The Kilmanagh side are level on points with Celtic thanks to a 2-1 win over Lions B. Jason Dermody gave the visitors the lead with a header, only for Ger Alley to pull them back. Jimmy Murphy made sure of the win, giving Rangers all three points with a long range finish.

Castlewarren Celtic made it nine from nine in Division Three thanks to a 3-2 win away to Clover United B. Sean Grace settled the game with a second half winner after the hosts had cancelled out early goals from Cormac Mullins and Billy Hayes. Their lead is up to five points after St John’s and St Ann’s, who are second and third respectively, played out a 2-2 draw. Elsewhere Ormonde Villa moved away from the foot of the table thanks to a 3-1 win away to Paulstown 06 - Paul Denieffe, Aidan Nolan and Liam Walsh were on target for Villa.

Away from the League it was a bad day for Thomastown United A, who bowed out of the Leinster Senior Cup. David Prendergast hit the net, but they were beaten 2-1 by Drumcondra at United Park.