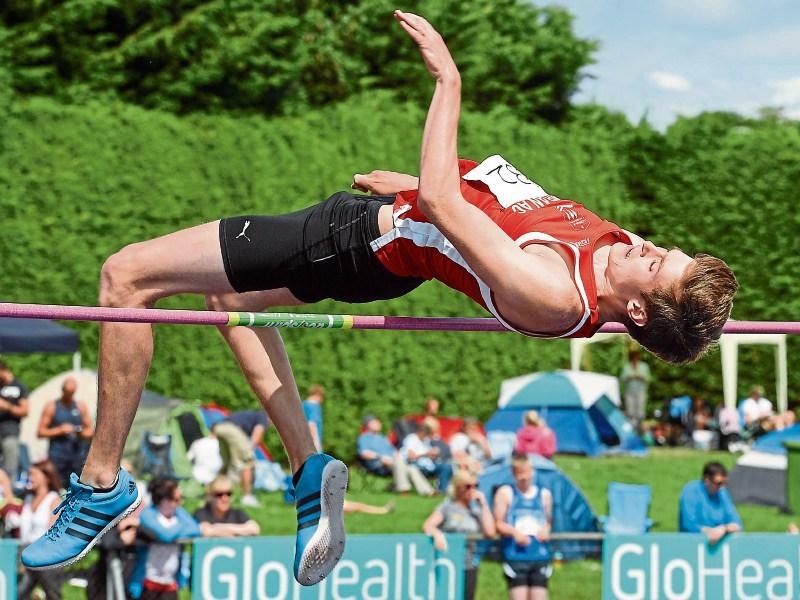 The indoor athletics season kicked off in earnest on Sunday when the national junior and under-23 championships were held at the AIT Arena in Athlone.

With a steady season of Winter training behind them, a number of local athletes put in some excellent performances.

The first to strike gold on the day was St Joseph’s pole vaulter Shane Power, who came first in the junior event. He was quickly followed by another gold medal winner, as John Joe Kelly (Brow Rangers) won the junior shot-put. John Joe also won bronze in the 35lb weight for distance event.

Gowran’s Donagh Mahon made a return to the high jump after an 18-month break and showed no ill-effects from his long lay-off. He cleared a height of 1.90m to take the silver medal in the junior competition.

On the track Sophie Becker (St Joseph’s) won bronze in the 400m while Callan Byrne (Kilkenny City Harriers - KCH) made it to the finals of both the 60m and the 200m events.

There was gold for Kilkenny at under-23 level also. Sophie Parkinson (Gowran) earned the plaudits here when she won the shot-put with Catriona Twomey (KCH) taking silver in the same event.

Another medal was secured in the shot-put discipline when Brendan Hyland (KCH) won silver in his event.

Sarah Kate Lacey (KCH) was the top Kilkenny track athlete, taking a silver medal in under-23 60m while Shannen Dawkins (St Joseph’s) won bronze in both the 60m hurdles and the 200m. She also finished in fourth place in the 400m.

Eoin Power (St Joseph’s) was unlucky in the 60m hurdles when a slight loss of balance just before the finish line deprived him of a bronze medal. He also qualified for, and ran well in the 200m, finishing outside the medals.

The top Kilkenny distance athlete on the day was Aoibhe Richardson (KCH) who finished in third place in the under-23 1,500m.

The KCH women’s team excelled in Athlone on Saturday as they reached the final of the National Senior Indoor League.

Leading the scoring for the Harriers was Sarah Kate Lacey, who finished second in the 200m (25.74). Louise Holmes was eighth in the 400m with Eimear O’Donoghue fourth in high jump and Sinead McDonough fourth in triple jump.

Sinead also competed as a guest in the High Jump.

Kilkenny County Board will hold their annual awards night in the Pembroke Hotel this Friday at 8pm. Athletes and their families for clubs around the county will gather to reflect on the 2015 season and to celebrate achievement and excellence.

The St Joseph’s club will hold their dinner dance and awards night in The Rhu Glenn on Saturday, February 20. The meal will be served at 8pm followed by the presentation of awards, DJ and disco.

Tickets are €25 (adult) and €15 (child) and are available from any committee member.

Loreto Kilkenny had a clean sweep - not only did their teams finish first in the minor, junior, intermediate and senior categories, they also had the individual winners in each category - Aine Kirwan (minor), Ciara O’Keeffe (junior), Annie McEvoy (intermediate) and Lauren Dermody (senior).

For Castlecomer Community school there was a fine run from Aisling Delaney in the minor girls’ race. Will Fox was outstanding in the minor boys’ race, fighting through the field to win individual gold. Team-mate Cathal O’Reilly placed 11th while Cillian Hogan was 10th in the boys’ inter race.