Players have licence to thrill! 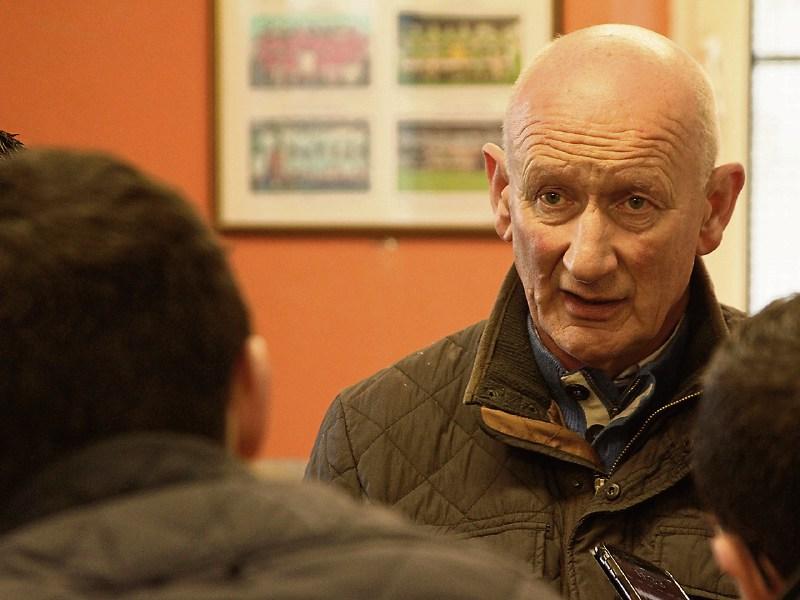 Kilkenny players will be given a licence to thrill and to be freethinkers on the field as the county guns for glory again this season.

“You can’t rigorously enforce, in my opinion, a way of doing something on a team,” suggested Kilkenny manager, Brian Cody, when he spoke at the launch of the latest three year agreement between long time sponsors, Glanbia and Kilkenny GAA.

“If I pick players, I trust them to go out and perform to the best of their ability.

But, he added, the whole thing must be governed by the player working for the good of the team.

“Players have to be adaptable because they might face something on the field that needs to be dealt with in a particular way,” he added.

“You have to give players freedom. We are playing hurling. We are not playing a game that was invented a few years ago. Fellows have grown up playing the game.”

Cody, who had guided the county to 11 All-Ireland wins during his 16-year reign to date, offered Eoin Larkin as a typical example of what he was talking about.

He described the Army man, who is currently serving with the UN in Syria, as a “impatient player” who likes to be involved in the action.

Larkin is not used as a deep lying extra defender or anything like that, although that often appears to be his role. Rather, Larkin is following his instincts about the game and is reacting to how it is unfolding.

“Eoin Larkin has an insatiable work ethic,” Cody insisted. “He uses his instincts for the good of the team. He doesn’t need instructions.

“He is not a fellow you can say right, play corner forward. He just wants the ball. It is the same with several others.

“You don’t need to explain to them you have got to be here, or here or here.”

And Cody and his selectors, Michael Dempsey, James McGarry and Derek Lyng, wouldn’t want to curb that natural instinct that flows freely and is at it best during the most demanding times in games.

He said he treats all the players like adults and the top class sports people they are.

It was interesting to learn from players who left the squad in recent times that there were no bans in the camp, no directives that players can’t do this, that or the other. Cody more or less said players would be found out if they didn’t look after themselves.

The current panel is flexible. Players from Bennettsbridge and Glenmore haven’t been involved, although 36 or 37 are in training.

“It is a training panel,” Cody explained. “We bring in a few lads to try and develop them. They are not on the panel. There is no point in saying they are.”

And what about the National League?

“We want to win it,” he said straight up.