A city divided as friends and clubmates do battle in Leinster 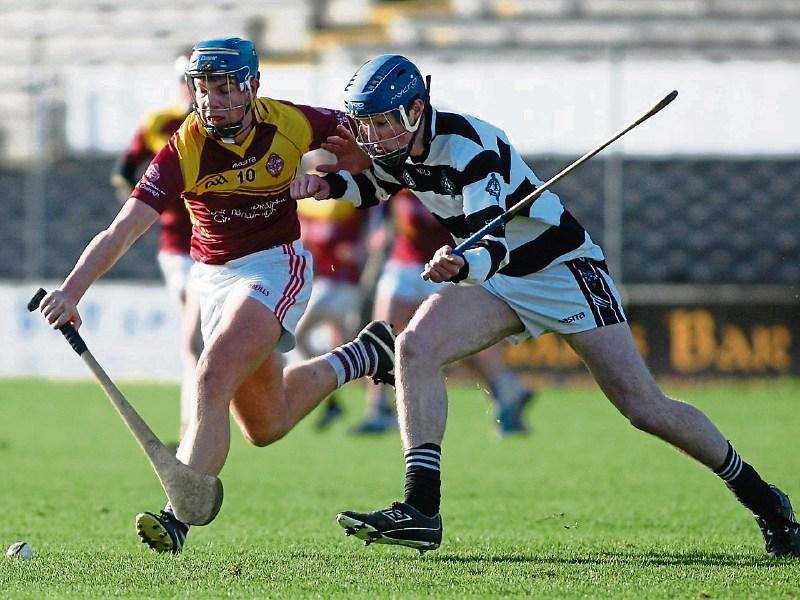 Friends and club colleagues will become opponents this weekend in the latest instalment of one of the fiercest rivalries in sport.

This will be the fourth clash in the final between the pair in five years. The winners will take their place in the All-Ireland semi-finals, while the losers will contest a quarter-final the following weekend.

“It is great for hurling in Kilkenny, but people outside might not look on it in quite the same way.”

CBS manager, P.J. McCormack, concurred: “Whenever you meet St Kieran’s it is a big day, a big challenge. They are the reigning All-Ireland and Leinster league champions.

“They are a formidable team, but we are really looking forward to the challenge.”

While the rivalry is strong at all levels between the pair, they haven’t dominated Leinster. This is the 12th meeting of the schools in the senior final, with Kieran’s leading the series 7-4.

Kieran’s have been big time winners at colleges level since the championship began, but the CBS have but a single All-Ireland win to their name. That was achieved in 1981.

However, in recent years the James Street lads have made their mark big time, proving best in Leinster in 2013 and 2014. They also contests three consecutive All-Ireland finals, sadly without success.

Mr Smith tells a quaint story about a Leinster league juvenile final meeting between the schools some years ago. He was managing St Kieran’s, and he cycled to the match in the ’Park.

On the way he passed a couple of groups of players from both schools heading to the game together.

“The lads know each other,” he smiled. “In many cases they are club colleagues.

“Friendships will be sidelined for the hour or so, especially with the lads playing with city clubs, James Stephens, Dicksboro and O’Loughlin’s but all will be friends again afterwards.”

A lot of the players would have been in primary school together, but then went separate ways in secondary school.

Saturday will be a business day, however.

“We are in a good place,” Mr McCormack suggested after an average league campaign and promising championship wins over Good Counsel (New Ross) and Mountrath CS.

“Two years ago the majority of these lads won a junior All-Ireland. A number of them would have won Leinster senior medals and played in an All-Ireland.

“There is a good bit of experience there, which is good. The players believe. They work hard and they understand it takes hard work to win.”

St Kieran’s experimented during the League, and still won it. Joe Connolly, Adrian Mullan, who played in goal, Michael Cody and Tommy Walsh are their survivors from the 2015 All-Ireland winning side.

The wet weather over Christmas ruled out the possibility of playing the usual three or four games, so they arrived at the championship with less work done than in previous years.

“We were happy enough with our semi-final form,” admitted Mr Smith in reference to the Dublin North match.

In the tie before that they made hard work of beating Borris VS, although they never looked like being beaten.

“It will be a very different test against the CBS,” he insisted. “They are very good right through the middle.

“This CBS group have played together for a long time. Two years ago they won the junior All-Ireland. We know them. They have a lot of very good players.

“It is a great match to be looking forward to. The final won’t be easy, for either side.

“We aimed for the Leinster championship,” he said of their plan for the season. “That is what we focussed on and we will let the All-Ireland series take care of itself.”

“We have a good amount of work done, and we are improving all the time,” Mr McCormack continued. “These guys love playing hurling with each other. The have a good bond.

“The success two years ago cemented that bond.”

He spoke about the huge influence for the good winning things can have. Kieran’s have enjoyed the benefits of it. The CBS got to sample a bit of it in 2014.

“When you win, you sample a special feeling, and you always want more of that feeling,” he suggested. “We have been there or thereabout consistently in recent years.

“We want Leinster, and anything after that we will take in our stride,” he said.

“Hurling and sport in general has a lot to do with taking on a challenge, or challenges. We are up for this challenge,” he assured.