It was tough and nerve testing, but Kilkenny drive on in 'Cup 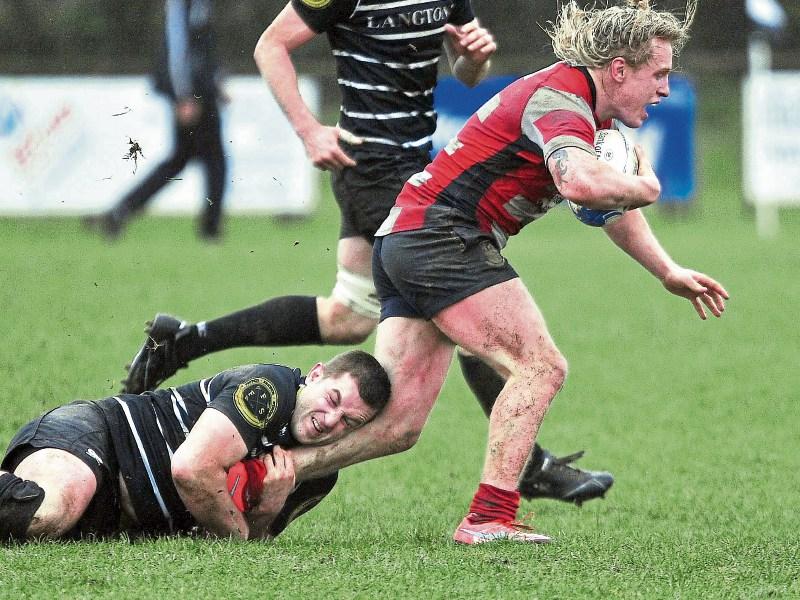 Kilkenny’s dream of doing well in the Provincial Towns Cup lives on.

It was a long journey for Mullingar to the Foulkstown venue on Sunday, but it was an even longer one back after an unlucky defeat.

The Westmeath men missed a great chance to advance to the quarter-finals of the Towns Cup, losing by a single point against the team that knows the pain of defeat, having lost the previous two finals.

As Cup games go, this was the mother of them all. It was played in slightly greasy conditions in front of a huge crowd in Foulkstown.

Kilkenny took an early lead and promised a lot, but the opposition just wouldn’t give them an inch.

The home side hit the front in the second minute when Podge Mahon was on hand to receive an offload from Evan Dixon before driving over for a try.

Rory McInerney added the conversion and it looked like Kilkenny were going to run away with the game.

However, Mullingar, coached by former Kilkenny player Dermot Dunne, cast off that early setback. They dusted themselves down, regained their composure and got back to the task at hand.

Apart from a handful of short journeys into the Mullingar half, Kilkenny spent most of the time defending inside their own half. It was that sort of a slog.

Mullingar scored a penalty in the 33rd minute, which left them well in the match come the half-time break.

The second half exchanges were even more intense than the first. It was a tough, tough contest between two teams that really wanted to advance to the next round.

It was sheer blood and guts stuff as both sides battered and charged at each other at every opportunity.

Kilkenny were under pressure for most of the half, but they defended their lines superbly.

A bit of indiscipline crept into their play as the pressure mounted, and they handed their opponents three chances to take the lead.

Mullingar failed to take advantage, much to the relief of the home side.

The Mullingar kicker only managed to convert one of these opportunities into points, but his other two attempts were very close indeed.

The winners huge following held their breath during the dying minutes of the game as their favourites clung on to the one point lead.

Finally some relief came when Kilkenny were awarded a penalty just outside their own 22 metre line. McInerney dumped the ball into touch.

This was an occasion when the most important thing for Kilkenny was to get through. They are now in the last eight, and who knows what might happen next.

The Foulkstown club drew Enniscorthy away in the quarter-final on March 20.

This clash is a repeat of last year’s Cup final. The Wexford side are a fair outfit, and they will take beating.

It will be a tough contest, but both sides are capable of snatching the ticket into the semi-finals. The teams know each others strengths and weaknesses, and it could all come down to luck on the day.

Kilkenny will return to Leinster League action on Saturday when they welcome Gorey to Foulkstown. Kick-off is at 3pm.