Like all the best teams do, St Kieran's show improvement 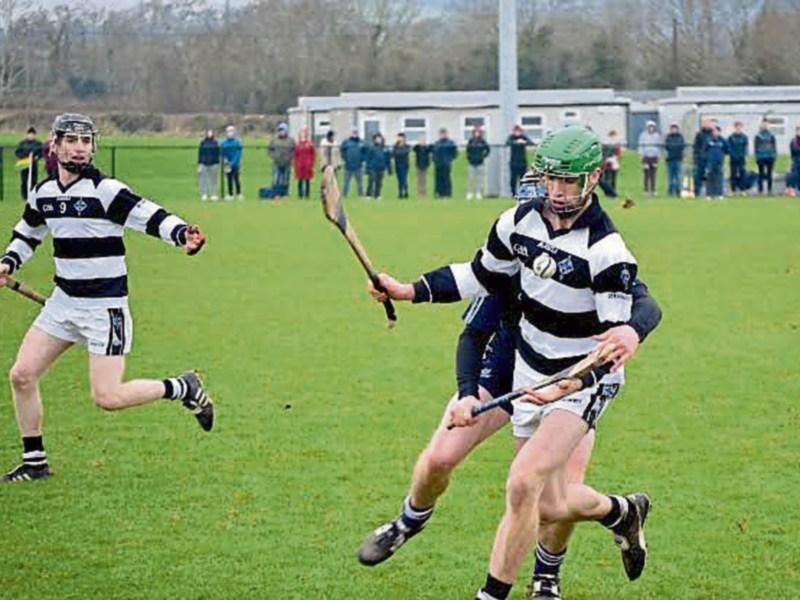 St Kieran’s College needed to improved, and they did, and they qualified for the Leinster colleges post primary schools senior hurling championship final with a bit to spare.

And the big prize for a good win over a fine Dublin North team was a showdown against city rivals Kilkenny CBS on Saturday week, a meeting that mirrors the finals of 2012, 2013 and 2014.

Making the final also means both sides earn a shot at the All-Ireland title.

St Kieran’s, who laboured in very tough conditions in the semi-final when missing a few vital men, blasted out of traps at the Netwatch Fenagh training centre on Saturday. Conditions, of course, were much more conducive to good hurling this time and Kieran’s simply let rip.

Within two minutes of the start on fire full-forward, Joe Cuddihy, produced his best moments of the match when he linked up with Martin Keoghan first and then Matt Kenny before shooting fine points. By the fourth minute Keoghan had pointed at the double, and already the Dubs were shaken, and they withdrew their full-back.

The St Kieran’s charge didn’t continue with such gusto, and they didn’t always have things their own way, but the defending All-Ireland champions looked comfortable enough subsequently.

“We knew we had more in us than we showed in the semi-final,” suggested St Kieran’s manager, Liam Smith. “The players knew it. Today we worked hard. Dublin were super.

“We met them in the league. They were physical, and they can play but we matched them in every facet today.

“People can forget that we are dealing with young players who can have a lot going on in the background. A number of our lads had mock exams on this week so we had no preparations during the week. You have to trust them.

“That is what we did. We let them out to play hurling. It will be the same the next day against the CBS. We know them well. They know us well. We are looking forward to another derby final.

“We are in the All-Ireland series now as well. That will take care of itself later, but first up we have a most appealing Leinster final.”

The Dubs reorganised their defence after the leaky start, and by employing an extra defender, they steadied the ship. Helped too by their opponents tendency to pump ball down on the free defender and to commit fouls - nine during the half - they clawed their way back and claimed their entire first half score via frees.

All the same, there was a nice look about the winners general play. Darren Mullen was in commanding form at centre-back, and he sprayed some lovely ball forward. Goalie Darren Phelan looked assured when handling some messy ball. Michael Cody was flying at midfield, and there was some good combination play produced in attack.

After the rest St Kieran’s were even better. The attackers, especially, were full of running and creativity. An early foul on Joe Connolly earned a point for free taker, Adrian Mullen. Two minutes later Mullen surprised and blasted a 35 metre free from the right low towards the target.

The goalie blocked, but failed to hold the sliotar. Martin Keoghan swept the loose ball into the net from close range, 1-8 to 0-5.

Dublin hit back for a point from a free from McGurk before midfielder, Darragh Grey blasted a 20 metre free to the net to open up the contest again (1-8 to 1-6).

There was no panic in the St Kieran’s ranks, actually there was no time. The puck-out was won by the Cats and Edward Delaney got a run at goal. He hit a sizzling shot from 25 metres. The net danced.

McGurk and Adrian Mullen traded points after that before St Kieran’s created and took a lovely goal which more or less decided the match. Joe Connolly and Joe Cuddihy worked the ball in well from the right wing, and when they placed Sean Carey near the goal he finished to the net via the left upright (3-9 to 1-7).

Moments later the now more adventurous Carey nearly sneaked another goal, but he was deprived by a defender’s body. In the wind up Dublin’s Colin Curry claimed their only score from play, a goal in the 57th minute, while minors were posted in reply by Carey, after a neat piece of work to keep the ball in play by Cuddihy, and Adrian Mullen (free) to leave Kieran’s good winners.

St Kieran’s showed the one thing all management teams hope for - improvement. That, and victory, made it a good day for the champs.