Hard work opened the door in the League 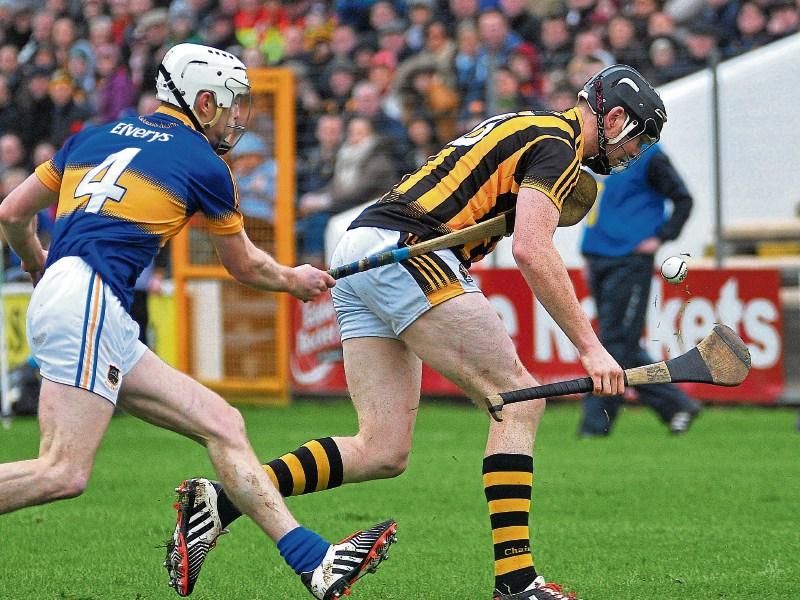 Kilkenny were true to their word and when picking the team opened the door for some of the lesser known players to force their way into the first XV.

However, hours before Sunday’s crunch clash with Tipperary in Nowlan Park, a back injury to former Hurler of the Year, Richie Hogan forced the hand of manager, Brian Cody, and his selectors to dig even deeper than planned into the squad.

It all worked out very well, however, and a strong showing, followed by a crucial result that brought the Cats right back into the League reckoning, left Mr Cody insist: “That was a victory for the panel, no doubt about that. It came in today.”

Tipperary arrived in the ’Park with a good win over Dublin behind them, while Kilkenny had dropped two points in the defeat by Waterford.

“This performance was a good step up in terms of performance. Losing Richie was a hard knock. We had already named the team and looked at extending the panel and using players with little experience.

“Then we lost Richie. You have to let lads out on the field and see what they can do.”

The new players didn’t do their prospects any harm, we suggested.

“Absolutely,” was the quick response. “It was a question of everyone digging in and working hard for the good of the team. It is still February. We are going through the processes you have to go through.

“But look, we are going into the next round of the League with two points in the bag which is important. We want to quality for the latter stages of the League.

“If we walking away today with zero points it would be very, very difficult for us. Now two weeks training to build for the next game.”

He said Sunday’s tussle was “a good battle the whole way through, and there was never much the teams.

“We took the game with two good, late goals,” he insisted. “It was very difficult for Tipp to come back at that stage.

“The League is a seriously competitive, and we needed the points. We are happy after what was a big win for us.”

The James Stephens clubman said conditions were much better for both teams than they had been the previous week.

“We got into the game early,” he continued. “We worked hard. We answered any questions asked of us.

“It was an improvement from last week. It had to be. Last Sunday we were well beaten and we could have been beaten by more. This was non stop stuff for both.

“The win puts us back in with an opportunity to be competitive in the League, which is what we wanted.”

He said Kilkenny were happy enough at half-time when only a point behind after playing against the wind.

“That kind of a lead in hurling is very little,” he felt. “Then they got the next two scores. It was a question of us keeping it going, keeping it going. The lads did that.”

He didn’t want to comment on the merits of individual performers, but when asked directly said James Maher did well.

“He had a good start for himself,” he added. “He worked well, and he was there to finish things. But it was a question of good work being done by all throughout the field.

“We were strong in lots of areas. Eoin Murphy was really good. They threatened early on and his touch was excellent. His eye for the ball was very, very good.”

He acknowledged the improvement in Kilkenny’s play, but warned that it was early days yet. No title were won in February, he reminded.

“We have made ourselves competitive in the League again, and that is important”, he added. “The next day we start all over again, and the same give it all effort will be required or we could end up being left behind again.”