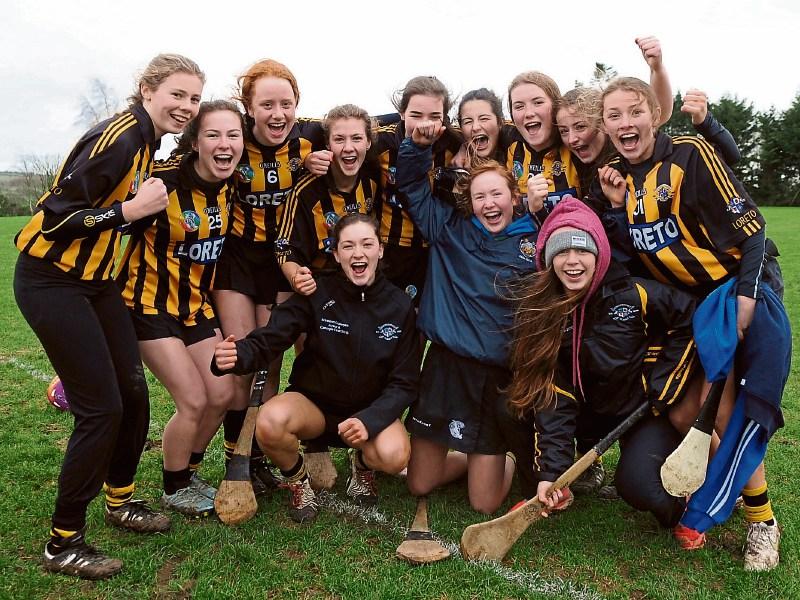 Kilkenny opened the senior National League with a strong victory, and the intermediate side played a draw.

The intermediate team began their Division 2 campaign by making the long trek to Newry on Sunday to take on 2014 junior All-Ireland Champions, Down.

In tough weather conditions, Kilkenny opened playing against the strong breeze and they put in an impressive defensive display.

They did well to find themselves a mere point behind at the break, 0-4 to 0-3 thanks mainly to three pointed frees from Roisin Breen.

Down began the second half brightly and raced into a 0-6 to 0-3 lead.

Kilkenny were getting more and more into the contest and they hit back for uplifting points from Edel Frisby and a further Roisin Breen free to cut the gap to the minimum.

Down scorer and chief Niamh Mallon, who contributed five of her team's total, push the home side 0-7 to 0-0-5 clear.

However, points from Roisin Breen and the equaliser from second half sub Marguerite Hoynes ensured Kilkenny came home with a share of the spoils.

The game finished level at 0-7 each.

Next up for Kilkenny is a meeting with 2015 junior 'A' All-Ireland champions, Carlow, who lost narrowly against reigning junior champions Laois, 0-9 to 0-7.

That game is fixed for a Kilkenny venue on Sunday afternoon.

Meanwhile, the Kilkenny minor team were also in action on Sunday in the All-Ireland 'A' championship against Tipperary in a repeat of last year’s All-Ireland decider.

The reigning All-Ireland champions began the game well and were well deserving of their six point lead at half time, 2-6 to 0-6.

Tipperary began to get a foothold in the game and stormed right back into the contest.

They raced into a 3-9 to 3-7 lead entering the closing stages.

Try as they might Kilkenny couldn’t get the crucial score to claim the win and the Premier County held out to record a 3-9 to 3-7 victory.

Next up for Kilkenny is a tricky away trip to Clare. A win there would bring them back into contention.