Kieran's happy to win, knowing they have more, much more to offer 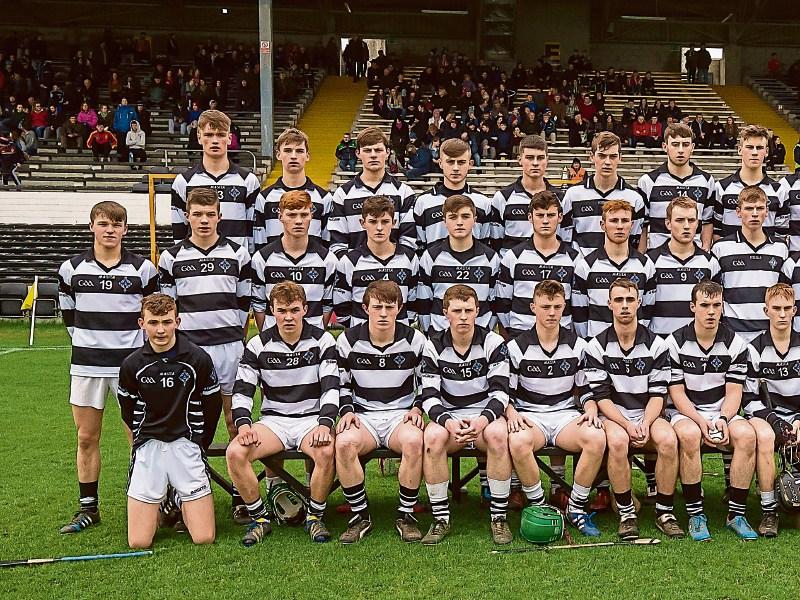 Whether it was a good, bad or indifferent final, St Kieran's College were delighted to add another title to their amazing hurling haul.

“The objective today was to win the title,” was the simple and precise opening line from St Kieran's team manager, Liam Smith, after the school's 54th win in Leinster.

“It was never going to be anything different,” he said in reply to a suggestion that the action appeared to be suppressed by pressure or whatever.

St Kieran's, the defending champions, qualified for the All-Ireland semi-finals.

“These players know each other too well. They go back a long way. There was never going to be much in it.”

Mr Smith felt the final was a hard game, with tactics aimed at stifling the opposition.

“I wouldn't say it was a game for the purists or the action was free flowing or anything like that,” he admitted.

“But it is that time of the year. Hurling is not easy. The pitch was perfect. I think we got the goals when we needed them, and when they really counted.”

He felt St Kieran's threatened to push on a few times during the game, but we didn't, which, he admitted, was a little disappointing.

“We have an awful lot to work on,” he added.

“We were very slow out of the blocks. It is one thing with this team that it takes a little time to settle into games.

“We will work on that big time, because this is a good team. All the players are very, very good hurlers individually.

“Our big challenge now is to bring them together as a team like they were two weeks ago against Dublin North. Today we didn't really get it together as a unit.”

He said to be fair to the CBS they hurled well, and they went into a good lead during the opening quarter.

“The game might have been strangled by tension and pressure,” he offered. “Lads dropped balls they wouldn't normally. Then the extra man in midfield doesn't lend itself to a high scoring game anyway.

“We want our lads to just play, and at times they did that freely. We knew the CBS were good, and they didn't allow us play for long stages, which was a tribute to their attitude and approach.

“We trust the players that they will go and do the business. That is one thing this group have had all along.

“We have had this group since First Year. We know them well; what they are like; the character of the players.

“Sometimes the adults forget that they are only young lads. It was pressure today. It was a derby Leinster final.

“There is a possibility this is as high a grade as some of these lads might ever play. You would hope they would kick on, but you never know.”

The general consensus was that it was a bonus to avoid Ardscoil Ris in the quarter-finals.

Happy to be in semis

Mr Smith offered: “If we had to play next weekend we would, but we are through to the semi-finals and we are happy with that. We wanted the Leinster title.

“That was our aim this year. After that anything else is a bonus.

“Everything is on track,” he assured. “We will look forward to playing the winners from the Gort/Templemore match in two weeks time.

“We know our team has more to give. The players showed glimpses of their true potential, but we know it is there and we will do our best to get it out of them.”