All or nothing for the CBS! 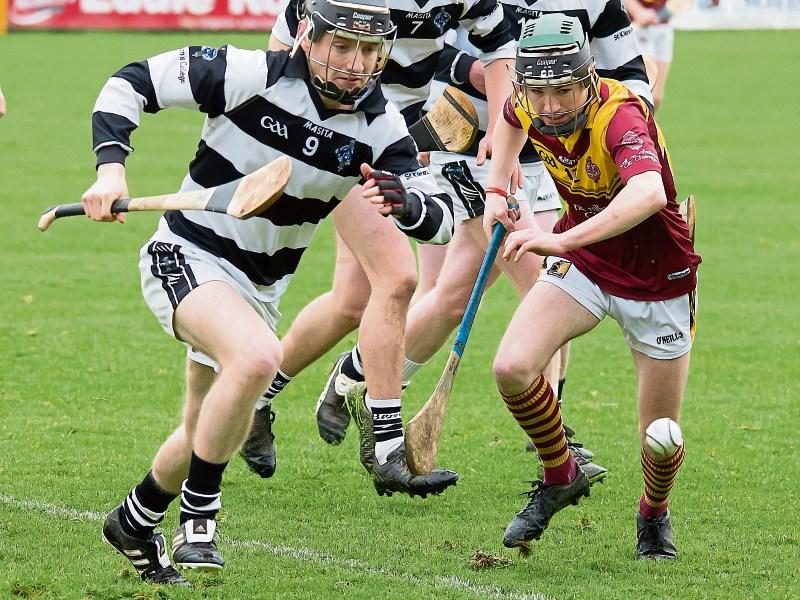 The Kilkenny CBS have been urged to look to the past for inspiration before the do-or-die shoot-out with All-Ireland colleges hot shots, Ardscoil Ris (Limerick).

Four years ago a team from the James Street school faced a highly rated Waterford Colleges outfit at the same stage of the All-Ireland colleges championship, and they won against all the odds.

“It can be done again,” insisted CBS team manager, P.J. McCormack after a disappointing showing against St Kieran's College in the Leinster final.

“That was not easy take,” a clearly downhearted Mr McCormack admitted after the defeat to St Kieran's pitted the CBS against the Munster champions in Templemore on Friday (1.30pm).

“Things became a little bit disorganised for both sides. Kieran's picked up a few vital scores, and they made all the difference in the end.”

The losers were over reliant on Sean Bolger for scores. He claimed all but a goal of their total.

“That was not good enough. The players know that. Sean kept us in it from frees, but the lads winning the frees were doing lots of good work too.”

Mr McCormack said the CBS were not happy with their effort.

“We will have to pick ourselves up and drive on,” he added. “The great thing is we know we can improve. That performance wasn't an indication of where Kilkenny CBS are right now. They are better.”

Mr McCormack said a lot of heads were hanging because the players felt they let themselves down.

He said too much hard work had been put in by a committed squad to leave the championship on such a downer.

“Things didn't work out for them today, and they wouldn't be happy leaving schools hurling with a performance like that,” the manager continued.

“It won't be easy against Ardscoil Ris, who are the favourites for the All-Ireland title,” he admitted.

“But four years ago Waterford Colleges were the favourites too, and our lads went to Walsh Park and beat them against all the odds.

“It will take a monumental effort now to beat Ardscoil, but it can be one. There is no game that cannot be won.

“We could have won this game. Even with one scoring forward, we should have had more on the 'board when we had the opportunities early on,” he insisted.

“The bigger the challenge the more you have to stand up to it. We face a huge challenge in this quarter-final.

“We have to stand up to it. We have to put everything we have been working at over the last year into the effort, into this one game.

“We wanted to win the Leinster championship. We have a second chance in the All-Ireland series.”

He pointed out that the quarter-final could be the last game many of the team will play for the CBS, so the players have to put in a performance that will leave them satisfied in the end.