One strike and it was over for the talented Presentation girls 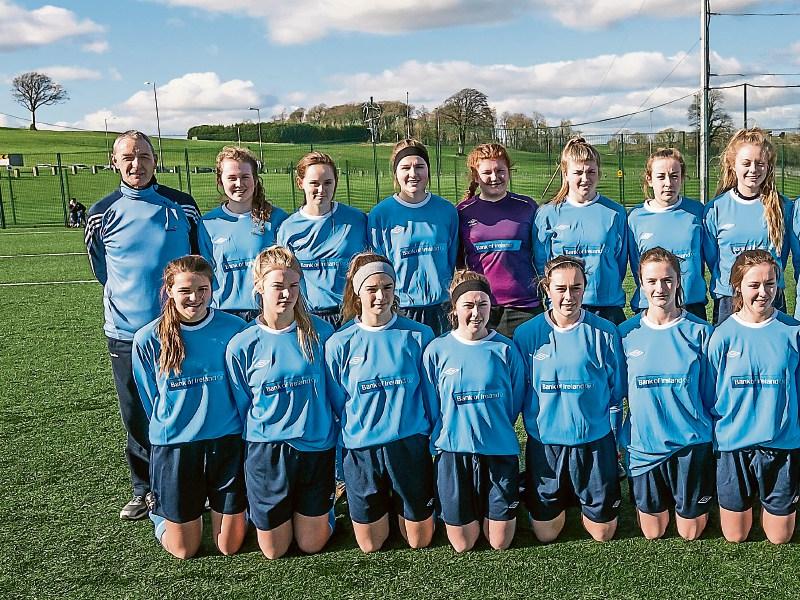 In the big shoot-out at Waterfort regional sports campus, caution was the order of the day.

Both the Presentation Secondary School, Kilkenny and their Thurles counterparts recorded convincing wins earlier, and respect abouded in the showdown with neither allowing the other an inch of room.

Kilkenny had the short spin down the M9 to the venue, while Thurles had a little longer journey to the impeccable turned out WIT Sports Campus in Waterford. The supporters travelled in numbers and the Kilkenny girls brought the drums and bodhrán’s to make sure their favourites got the message that they were right behind them.

Kilkenny Pres took the tip off and played into the strong sun in the first half. The opening chance came in the second minute when Ciara Phelan crossed a perfect ball into the path of the onrushing Hannah Scott, but Christine Coffey in the Thurles goal was quick off her line to save.

Coffey was to be a thorn in the side of the Kilkenny girls throughout as she defied their every effort. Both teams were finding chances and with pressure on the Kilkenny back line, Sarah McKevitt from Thurles intercepted a back pass and ran through on goal, but she was unable to get her shot away.

Shonagh Cleary was also making life difficult for the Kilkenny side with her darting, speedy runs. The defence stood firm, however.

Cleary and McKevitt teamed up on seven minutes to carve an opening, but they watched in disappointment as the ball sailed over the bar. It was a virtual identical move down at the other end of the pitch after 15 minutes when Jenny O’Keeffe watched her shot sail over also.

In terms of shots at the target and wides, it was an even game, and it became apparent that there wouldn't be much in it at the end.

Thurles upped their game straight after that miss, and when Hazel McAuliffe ran at the Kilkenny defence and slotted an inch perfect ball to Sarah McKevitt, she was left with just the 'keeper to beat. She made no mistake and slotted home to a rapturous applause from the travelling support.

Straight after tip of the referee blew the half time whistle.

From the off in the new half Kilkenny came out with all guns blazing. Early on Aobha O’Gorman played a defence splitting pass to Hannah Scott, who crossed with her left foot into Ciara Delaney.

Unfortunately the delivery was too close to Christine Coffey in the Thurles goal, and she raced out to clear.

Later Anna Gavin in the Thurles defence accidently handled the ball just outside the box. This was a Kilkenny free kick in an excellent position. Ally O’Keeffe stuck a great lofting ball into the attackers, but again the Thurles 'keeper was able to collect.

Kilkenny piled on the pressure in the dying minutes,but they were unable to grab an equalizer.