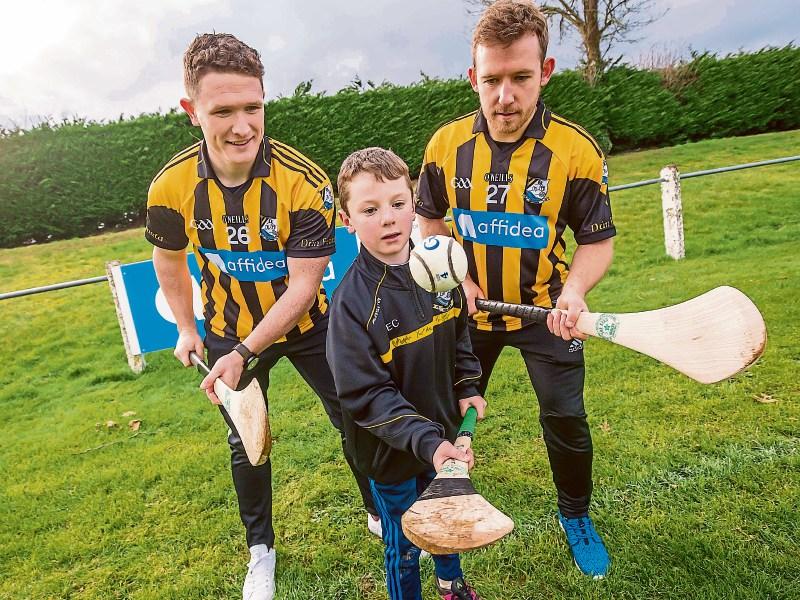 This gestures comes as part of a five year sponsorship agreement.

The new jerseys, worth €2,200, were presented as part of a five years sponsorship agreement worth a further of €5,000.

The sponsorship agreement between Affidea and the Danesfort GAA club was announced last year.

The agreement, which is set to run for five years, continues the long-lasting relationship that the club has with the diagnostic provider, dating back to 2012.

Tom Finn, CEO of Affidea, said he was delighted to support such an important part of the local community.

“The unique identity of Danesfort GAA club provides an excellent fit for Affidea, and we look forward to support the Danesfort community in the years ahead,” he said.

“On behalf of the Affidea team, I wish the club the best of luck in the season ahead.”

John Leahy, club manager with Danesfort GAA club, said they were very pleased to have Affidea on board as a sponsor.

“We are very proud of our club in Danesfort, which is not only home to a team of highly competitive young GAA players, but also a strong local community,” he added.

“Affidea during these years demonstrated a very strong understanding of what is important to us. We look forward to more successful days ahead.”

It serves as a primary care diagnostic scanning facility, offering medical scans such as MRI, Ultrasound, X-ray and DXA.

Affidea Kilkenny can guarantee the highest standards in patient care. It is accredited with the internationally recognised standard in ambulatory care from the Joint Commission International (JCI).

Affidea has recently rebranded from Euromedic, to ensure a uniform identity across Europe, and to aid European growth and support the organisations aggressive global expansion plans.

Affidea entered the Irish market in March 2007 through the acquisition of MRI Ireland.

Over the past eight years, six further locations have been added to the network in Ireland.

Affidea Kilkenny is a multi-modality scanning centre located in the old Dean Street Medical Centre in Kilkenny City, and it serves as a primary care diagnostic scanning facility offering medical scans such as MRI, Ultrasound, X-ray and DXA scanning.