A scare, but a win is a win 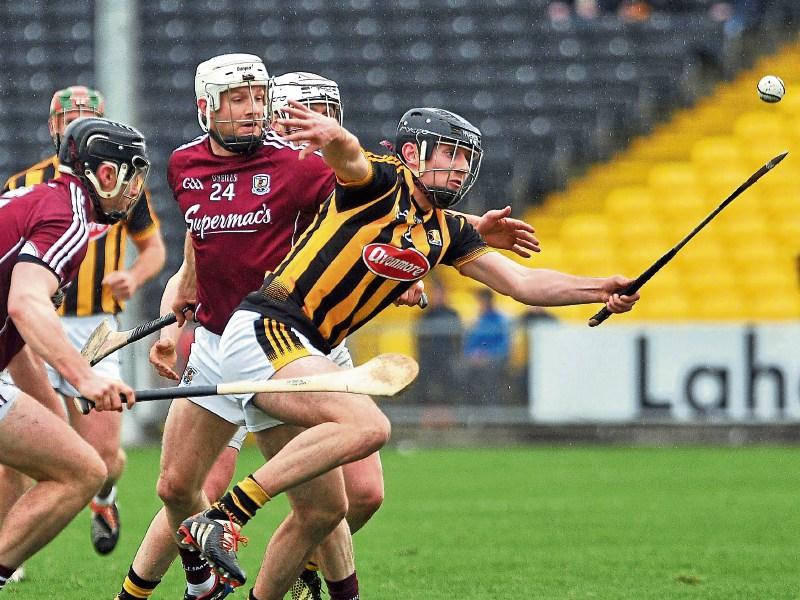 Kilkenny fans were taken on a magical mystery tour before hitting celebration time at Nowlan Park.

During the best of times on this excursion in the National Hurling League clash on Sunday, Brian Cody's men looked world beaters.

During the worst, they looked ordinary and Galway had them on the run.

However, when push came to shove at the finish, the cool Cats held their nerve and dug out points in the 71st and 73rd minutes to earn a second victory that threw them right into the mix for inclusion in the latter stages of the League.

“We go to Cork on Saturday in a good position looking for another win that will keep us driving on in the League,” promised Kilkenny boss, Brian Cody.

In real terms, this was a game of two halves, or maybe even three sections if you want to go that far.

Kilkenny won the first half, not only well, but comprehensively. Their hurling was hugely impressive, with a work-rate and level of skill that made Galway look poor.

Padraig Walsh was far and away the best of all those on view at the start. T.J. Reid then caught up, and surpassed with a first half take of 10 points that underlined his huge contribution.

All the time Conor Fogarty tried valiantly to keep in tune with the class act high rollers as this trio set a level of performance that was above that of all others.

The next segment of the match after the break was even-steven.

And so Kilkenny hit the 45 minute mark with a firm grip on things, and leaders by 0-16 to 0-8 - the same divide as was there at the break.

Ah, but then they began to loosen their grip on things, or Galway loosened it, whatever way you want to look at it.

With Joe Canning, Daithi Burke, Paul Hoban, Niall Burke and Davy Glennon hurling up a storm for the visitors they didn't only clip away at the winners advantage, they sliced it to the minimum.

A blast of 1-5 from suddenly roused Galway, against a single reply from new kid on the block, James Maher, turned the match on its head, and opened the contest again.

A game that looked like it had been won earlier, had to be won all over again now.

“We didn't work as hard as we should have during this half,” was the summary of Brian Cody afterwards on the dramatic change of events.

Kilkenny roused themselves. Jackie Tyrrell made an inspiring high catch at the end of a Galway free towards the city end, and as cool as you like, sent a short hand-pass to T.J. Reid.

The latter belted the ball up the field to Colin Fennelly, who picked off a badly needed point for Kilkenny. Two minutes later Reid released Farrell for a run at goal, but he was foiled when a defender knocked the ball out for a 65 with the goal opening up in front of him. Point for Reid.

Galway stormed back for another point from Canning, but they missed the chance to draw level when Matthew Keating and then Niall Burke missed chances of scores.

With 71 minutes showing on the clock, Richie Hogan, who looked ring rusty and had missed a couple of chances earlier, found the target after a move started by an aimed puck-out from goalie Richie Reid to T.J. Reid in the left half forward position.

T.J. broke the ball, and Lester Ryan tipped it on to the scorer. A calculated move paid off!

Galway continued to blast forward. In the third minute of injury time Conor Fogarty tore out of the Kilkenny defence with the ball.

He was fouled on midfield. Free. T.J. strike. Point.

A game that in the first half was made look like easy pickings for Kilkenny, turned dramatically and ended as a right old toe-to-toe punch up.

Brave and great deeds at every turn were the order of the day.

We mentioned some of the high rollers. Other significant contributors to the winning cause were all those in defence.

Joey Holden, for example, made a 'hook' on Jason Flynn in the fourth minute that prevented a certain goal.

It is hard for Lester Ryan to get noticed in midfield because observers can be blinded by the brilliance of elegant stick man Fogarty, but the Clara man worked his socks off.

The attack would have the potential for most improvement.

A 14 point take by T.J. Reid showed how heavily reliant everyone was on him. Nine of his scores came from set plays, but five from open play still represents a massive take.

Galway, who have now suffered two defeats and are slipping towards the danger zone, opened full of fire and desire as they attacked the country end.

Iarla Tannian picked off a point after 40 seconds. Cathal Mannion nearly sneaked a goal before a minute passed.

A fast, direct ball from centre-back, Kieran Joyce to Richie Hogan on the left wing saw the latter open Kilkenny's account to level.

The game was level at 0-3 each in the 10th minute before Conor Fogarty sprinted forward to shoot Kilkenny in front. The Cats led all the way home from there.

With the home forwards working really hard and switching at will and taking up all sorts of position, the opposition sometimes appeared in a state of confusion. Six points went without replay.

Galway's fourth point came off Davy Glennon's stick and it didn't arrive until the 21st minute, at which stage they were 0-10 to 0-4 down.

They even sent their ace attacker, Joe Canning, to midfield in a bid to try and root out more possession. That didn't even work.

The second half scoring fell 1-9 to 0-8 in favour of Galway, with the bulk of their take coming in the closing quarter.

Kilkenny surrendered and regained control during that time. Losing it was bad.

Regaining it at the finish showed character, because the game was running very much in Galway's favour at the time.

Hurling is not an exact science. Imperfections in the home showing made this crazy but enjoyable.

It is early days in the season. Form can go any way.

Even still, a showing of such quality and the promise it suggests, leaves us all looking ahead with lots of hope in our heart.