Are T.J., Richie and Kevin the modern day big trio? 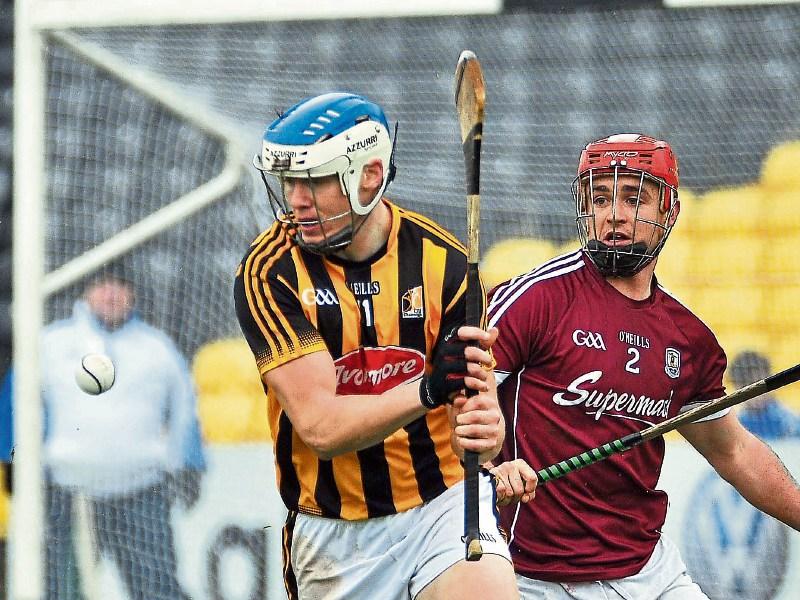 A workmanlike performance carried Kilkenny over the line in the end at Nowlan Park on Sunday.

And it took all of their famous grit and determination to keep the dangerous Galway forwards quiet.

In real terms it was a game of two halves. Both sides were extremely lively at the throw-in, and the possibility of a high-scoring thriller looked very likely.

Lots of eyes were on the Kilkenny full-back line to see how seasoned defender, Jackie Tyrell, would fare after his long lay-off. No problem there, he did fine.

The thriller suggested didn’t materialise. Much to the visitors frustration, Galway were at sea and unable to cope with the movement of the Kilkenny forward line.

Such was the quality of play of T.J. Reid, Richie Hogan and Kevin Kelly that they looked like a reincarnations of the original trio of Carey, Carter and Shefflin!

They completed dominated their markers, and it took heroics from the Galway defence to hold them in some sort aof check.

T.J. continued to pluck balls out of the sky for fun, while Kevin Kelly continued his run of good form from the previous game against Tipperary.

His support play was clever and made life very difficult for whoever was marking him. Richie Hogan, while still nursing a back injury it appears, popped up with the first score and got Kilkenny up and running in lively fashion.

Throughout the first half it seemed like Galway were being their typical selves. They were playing second fiddle in every position and were getting crucified with their own puck outs.

One thing that did work for them was their physicality. Every time a Kilkenny forward got a sniff of an opening, it was a blur of maroon and white in the area.

Things got a bit heated at times and there was very questionable decisions that were either made or evaded altogether.

Joe Canning is still quite the enigma to many. His talent is ridiculous. He popped up with good scores, but it seems whenever Galway are in need of something special, he fades into the background.

Kilkenny were in the driving seat for most of the first half.

T.J. helped himself to 10 points in that period, half of them coming from frees. The Ballyhale man has really turned to be the natural successor to the great Henry Shefflin.

He encompasses everything that is magical about the skills of hurling. He is especially strong in the air.

He was almost unplayable at times during the first half.

The second half was a different story for Kilkenny.

Galway seemed to get a grip on the game and began to eat into the hosts lead. Kilkenny, uncharacteristically, struggled to keep them at bay.

Never ones to panic, the Cats became a bit wayward with their shooting and the decision making of some became unsure.

The Galway goal in the 56th minute came from a mixture of sloppy defending from Kilkenny, and gutsy running from listed corner-back Paul Hoban, who played on the wing.

Initially it appeared that Kilkenny would deal with the danger, but the ball trickled between Richie Reid’s legs and into the net. It appeared we had a game on our hands.

Kilkenny hunted like madmen for goals, and the general feeling among fans was that if quick ball was delivered into the hands of Reid or Kelly, something would happen.

The usual measured approach of working the ball into attack wasn’t working. If goals were to result, rout one was the way to go.

Nevertheless, the biggest plus taken from the game by manager, Brian Cody and his selectors was that there is plenty of goals in the forward line. That was one of the big positives I took from the game!

Galway got within one point of the home side at one stage, but it was the old chestnut of not taking their chances that hurt them. There were a lot of new players in the first XV, which means it was their first time playing against Kilkenny.

The Cats are masters at grinding out results despite not playing particularly well at times, which is very admirable.

There must be an instinct imbedded into every player that pulls on a Kilkenny jersey to never take no for an answer.

While they may have struggled in the second half, Kilkenny will be happy to have come away with two more League points.

Galway will be happy with the way they came back at, and troubled, the All-Ireland champions during the closing half.

Some of their players on Sunday had been involved in the All-Ireland loss last year, and any kind of a good performance would be uplifting for them.

They will be disappointed at the amount of wides they accumulated, but something like can be rectified as the season progresses.

A quick note on the referee’s performance. While Barry Kelly did his best to let the game flow, the amount of fouls that went unpunished was a little baffling.

Too many times players were putting their arm around their opponents neck, which is usually a yellow card offence, and it was not dealt with.

Referees need to be more consistent when dealing with these fouls and to do their best to erase this sort of thing from the game.