Lemon was a sweet winner! 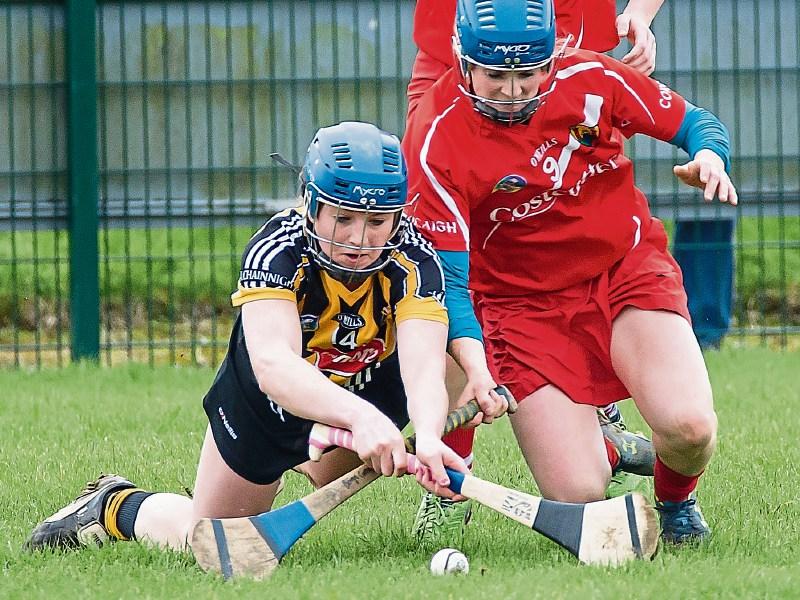 Friday night’s card featured the final of the Kilgraney Tomson @ Stud a3 stake.

Lemon Jamesy had dominated the stake from the start. He was sent off an odds on favourite, but Kilgraney Dubh had other ideas.

Kilgraney Dubh hit the ground running and led Lemon Jamesy up to the first bend. ’Dubh was smart on the bends and held a length lead over the favourite going down the back stretch.

The long time leader hugged the rails around the last while Lemon Jamesy came a little wide. It was nip and tuck up the home stretch and the pair flashed across the line together.

The verdict went the way of John Joe Gamble’s Lemon Jamesy (Shaneboy Lee-Lemon Divine) by a short head in 29.21.

In the a4 stake, there were wins for Mt Leinster Boyo and Flutter Shy while Darragh Morrissey completed a double thanks to Graigues Loch and Shanelarue.

In the opener, Daddy Said led up from trap 4 and cut off Nametab Gigi at the first bend. Daddy Said went on and was a length in advance of Woolie Got Boots out of the second.

The lead was up to two lengths into the third bend as Nametab Gigi moved back up to second spot. Nametab Gigi tried to close the gap but the game Daddy Said held on by three quarters of a length in 29.93.

After a level beginning to the sprint, Gemmas Flutter too off and ran out an easy winner.

Gemmas Flutter took control of the race into the first bend. Four lengths clear of the pack at the turn, Gemmas Flutter was able to come wide off the last and still see off Outside The Box by five lengths in 16.73.

The early pace in race three came from Foulkscourt Kid and she led up on the rails. Diego Spartacus went after the leader and trailed by a length going down the back stretch.

The duo were level at the third before Diego Spartacus kicked for home. Foulkscourt Kid tried to rally as Silver Chief also came into the picture.

Diego Spartacus held all comers by a half a length in 29.52.

The staying contest (725) saw a battle early on between Jaytee Sahara and Maggies Lucy.

Jaytee Sahara was the one who showed the better pace to lead around the opening three bends. Jaytee Sahara kept on motoring, but Maggies Lucy remained within a length of the leader turning for home.

In the latter stages, Jaytee Sahara had no more to give and Maggies Lucy was best placed to take advantage. The James Robinson Maggies Lucy stayed on well to hold off the fast finishing Redhill Monica by two lengths in 41.07.

The first semi-final of the a4 Sheridan Insurances stake saw Feed Me Korma and Mias Riain go best early on.

The former went around on the rails and moved two lengths clear of Mias Riain and Mollys Hi Ace going down the far side. Feed Me Korma was still a length up by the third, but now had Mt leinster Boyo in pursuit.

On the run to the line Mt Leinster Boyo out-stayed Feed Me Korma by a length and a half in 29.65.

In the second semi-final Flutter Shy maintained her unbeaten start to her career. The winner was in front early on and ran the bends well to hold a four length advantage over De Apache Bolt at the second bend.

The challenger shaved a length off into the third bend but Flutter Shy was not for catching. Flutter Shy stayed away to win by two lengths in 29.39.

In race eight, Kevinsfort Annie went up well from trap 6 but just failed to get around the first bend in front.

After bumping, Feed Me Jalfrezi went into a share of the lead in company with Kevinsfort Annie at the second bend. Feed Me Jalfrezi showed up well into the third to lead by a length, but Graigues Loch was now in her slipstream.

Feed Me Jalfrezi looked to holding off the favourite but the Darragh Morrissey trained Graigues Loch lunged late to get up and win by a head in 29.45.

Lemon Arthur set the early fractions in the night’s last race and led Shanelarue early doors. The pace setter was three lengths clear at the second bend and added around length to his lead heading down to the third bend.

Lemon Arthur looked in charge but halfway up the home stretch he started to run on empty.

The Darragh Morrissey trained Shanelarue caught and passed the fading Lemon Arthur to win by a length in 29.18.