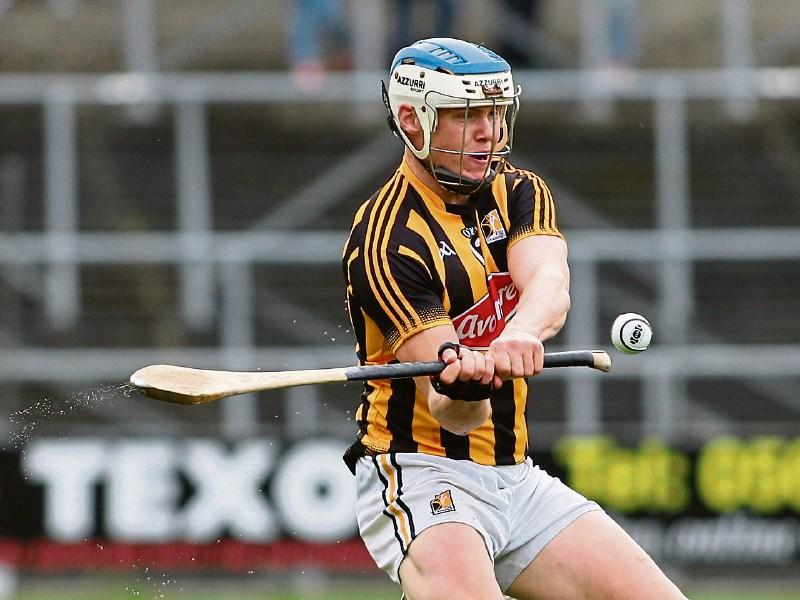 Hurling is currently galloping towards the real business end of the season, even if for most, September is the one and only harvesting time.

But in brass tacks terms, it is during the concluding stages of the Allianz National Leagues in April and May when the serious business of making money is transacted.

The better a county can do in the ’League, hurling or football, the better it is in financial terms for County Boards.

In black and white, the championship is about the glory and records. However, winning a championship can draw seriously on the finances of a County Board.

The ’League is the opposite. It can be about making money, serious money, for those who qualify for the concluding stages from the quarter-finals onwards.

Win the ’League, and you hit the financial jackpot. And the returns are growing as hurling and football throws up powerful money for all counties, because all share in the pool from the entire campaign.

But those who do best, fare best, with the winners getting the biggest share of the pot, following by the runners-up and so on. We will come back to that later.

Kilkenny are right in the mix now with a home ’League quarter-final against Offaly on Sunday at Nowlan Park. The midlanders didn’t set Division IB alight as they lost to the two big guns, Clare and Limerick, before stumbling again against surprise packet, Kerry.

Offaly and Kilkenny clashed earlier in the season in the Walsh Cup. A second string Noreside outfit managed by under-21 manager, Eddie Brennan, was beaten in Birr, but Sunday’s set-to will be a different affair entirely.

All-Ireland champions, Kilkenny are in a different place now, a very different place. Not only the team, but the panel is coming along nicely, and the visitors are in danger of being steamrolled by a well drilled and focused crew that has but one goal - victory.

It is hard to see anything but a Kilkenny win, and a big one. Some of the early words out of manager, Brian Cody’s mouth after beating Dublin at Nowlan Park recently was that Kilkenny wanted to make the semi-finals.

They most certainly do now, with what would be a really, really testing meeting against Tipperary or Clare on Sunday, April 17 the prize for the victors in the ’Park. What more could the Cats want than a high end game against the Banner or Tipp with the Leinster championship drawing nearer and nearer?

The Noresiders won’t have Michael Fennelly (back injury) or Eoin Larkin (in Syria on UN duty) available, but Conor Fogarty (leg injury), Paul Murphy (ill), Colin Fennelly (shoulder) and Eoin Murphy (back strain), who all missed the Dublin match, should be back in contention for places.

All of which is great news for Kilkenny, and not so good news for the visitors. Kilkenny tackled the ’League this season without major defections after county champions, Clara, made an early exit from the Leinster club championship.

This is the first season in a decade or more that Kilkenny found themselves in that situation, which meant the entire panel has been able to work and train together from the start of the season. There is huge benefit in that, even if it is a pity that the county hadn’t a club involved in the All-Irelands final on St Patrick’s Day.

However, it has all worked out really well for the MacCarthy Cup holders. Cody and selectors, Michael Dempsey, James McGarry and Derek Lyng have been able to introduce new players in more favourable surrounds, with plenty of experience there to lessen the possible exposure of the new arrivals.

James Maher has gone really well, and has shown serious promise. Kevin Kelly, Diarmuid Cody, Robert Lennon and goalie Richie Reid have all done well too. What county would like something like that, to have five young players getting so much game time?

In all, 25 members of the panel have been given lots of game time, not just minutes here and there, but matches. We are seeing management and judgement calls on mix and match teams for specific tests on a serious, serious level.

On top of that it has to be stated that others have thrown their hat into the ring with serious intent in terms of breaking into what could loosely be termed the first XV. Here one refers to Lester Ryan and John Power, and even nine times All-Ireland medal winner, Jackie Tyrrell, who missed the latter stages of championship 2015 and is now fighting hard to regain first team status.

Ryan, with busy and gutsy showings in the dogfight against Cork and then the less demanding Dublin match, is obviously not happy warming the bench. Cody loves the sort of character and spirit he is showing!

To garnish things even further, the form of others, especially T.J. Reid and Padraig Walsh, but also an ever improving Walter Walsh, Cillian Buckley, Conor Fogarty (until injured), workaholic Colin Fennelly and Shane Prendergast has been massive too.

And remember, scoring is not all his game. He is a top class winner of ball in the air, and he can weave magic with a caman.

If all that sounds enthusiastic, then one is guilty, because I can’t remember another time when Kilkenny had so much sorting done with the squad at such an early stage of the season.

The panel is far from the finished product - it is still only March, remember - but there are good subs, cover players if you want to refer to them as such, for all positions in attack, midfield and defence. Oh, the No. 1 spot is well covered too with Murphy and Reid the combatants.

Bearing all of that in mind, do I see Offaly having any hope? No!

And so back to the League and matters money. Kilkenny’s take from the League in 2015 was a handsome €178,262. That was some money for a county that ended up battling relegation.

The previous year, when they won the League, they pocketed a massive €232,901, which is serious twine, as they say.

The thing to note is that returns, going on last season, appear to be on the rise. And the size of the crowds attending matches this season has been very healthy indeed.

Kilkenny are in a good place, in every sense. And with another concert schedule for Nowlan Park this Summer (Rod Stewart) that could be worth around €50,000 to the ’Board.

Of course, the concert money is always set aside for development work on Nowlan Park, but it is good to get in to take the strain off finances in general.

Money matter don’t dominate the Kilkenny thinking. Winning games does. But it is nice to have a healthy balance sheet.

Is the county gearing up for another shot at the League? Of course it is!

How they got there