Now is the time when the championship places are won 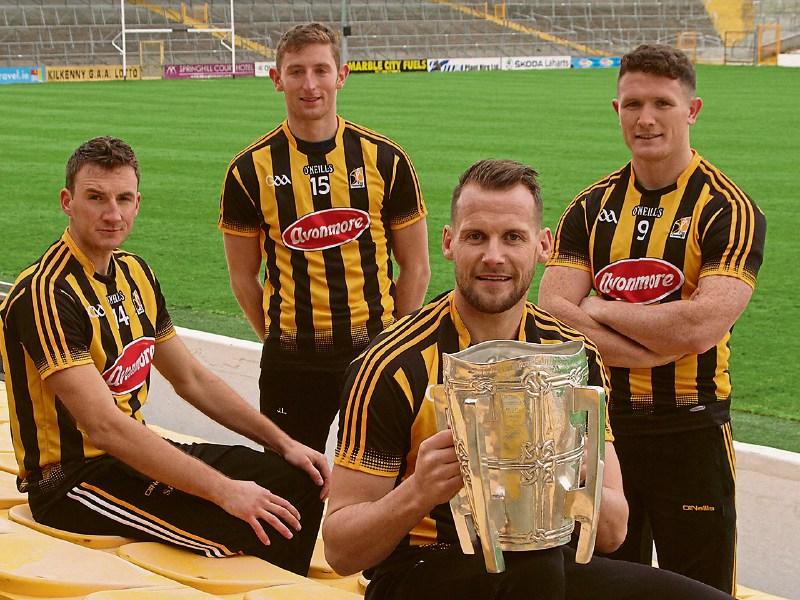 Kilkenny and the management team should be very happy with the way things have gone in the National League so far this season.

The stand out thing for me has been Kilkenny’s consistent form, apart from the opening day defeat against champions, Waterford.

They haven’t been at their best, yet they have been able to drag out results, which is a very good things to be able to do so early in the season. You don’t need to be peaking, or going at your best in April, simply because it is too early.

There were games which Kilkenny could have lost, but they didn’t. They know how to win games, how to hang on when things are going against them.

We saw this at its very best against Cork. That should have been Cork’s game, but they still ended up being beaten by a side that hung in and hung in.

The attitude is that the game is never over, and that is vital. It was the same against Tipperary.

Kilkenny got a win after hanging in much of the time. That’s a fair trait in any side, especially one that is not at or near its best.

The League is winding up nicely too with a powerful semi-final against Clare on Sunday. Kilkenny had a handy enough quarter-final. It wasn’t a great game for either side, Kilkenny or Offaly.

The only real positive for Kilkenny was that they got to look at a couple more players. They have tested five or six up to that, and they got game time into additional lads there.

Unfortunately, Offaly are just not at the races at the moment. Their hurling has gone back.

Now Kilkenny can expect a big step up in terms of competition and everything else against Clare. That will be a big test.

What Brian Cody (manager) and the selectors have done during the League to date is kept everyone in the panel on their toes.

Even the so called ’regulars’ were kept on edge, not knowing who was going to be in or out. Others were given a chance, and still the county kept winning. It has been an ideal run for Kilkenny in that regard.

No one will know the team until it is announced on Friday, what with injuries and so on. I don’t know if I have ever seen the panel being so competitive so early in the season.

Now Clare will be a big test. It was a fine effort and win against Offaly, and then the guys got a week off to work with their clubs, but they will be rarin’ to go against Clare.

Clare have come through Division 1B, but remember, Waterford travelled the same route on the way to victory in the League last season. Division 1B is very competitive.

No more than their opponents, Clare have been very consistent too.

This, for me, is a clash between the most consistent teams around at the moment. I remember Clare going down in 2012 and they went on to win the All-Ireland. Playing in Division 1B is a step down, but it doesn’t necessarily hurt a team in the long run.

Clare and Limerick are well capable of playing in Division 1A and being competition right up to the end of the season. This match will be very interesting for both counties.

Clare manager, Davy Fitzgerald is a big character in the GAA and he brings a little extra to games, but at the end of the day this semi-final is all about the two teams. The media might concentrate more on Davy than the game sometimes, which I think is a bad thing, but you can be sure he will have his players flying.

He has Donal Og Cusack on the sideline too, but despite all that, Clare are a little under the radar as far as I would be concerned. This Sunday they will show their hand, fully.

They have been tipping along nicely. They are a youngish enough team. They have been winning all season, which can only create a good spirit and vibe in the camp.

You can’t beat winning to help drive things along. Losing can be a burden and can put all sorts of dark thoughts and clouds around. But winning is the cure for everything.

Clare had a great victory in their quarter-final over Tipperary. That will stand to them.

Tipp missed a lot of chances, but Clare stood up to the intense pressure and came out as victors. They are coming along nicely, and they won’t have any fear of Kilkenny.

Remember it was only this time last year that these two teams were fighting relegation against each other. Now look at where they are?

Only for a great point from Cillian Buckley it could have been Kilkenny coming from where Clare are now.

I think Clare will relish having a shot at Kilkenny, the All-Ireland champions. They will have a right cut at them, and if they can beat Kilkenny it would be a massive, massive boost to them. It could set up their year.

Kilkenny fans are looking forward to this match, but I would think Clare are even more excited about it. Here they have the chance to show what they can do against another top side after beating Tipp the last day.

Will they have any fear? No. Definitely not!

No one really understood why Clare went back after winning the All-Ireland in 2013. Now they are winning games and coming again. The matches at this time of the year are getting bigger. There is more excitement about the place.

The ball is travelling faster. The crowds are getting bigger. Things are getting closer to championship style and conditions.

I remember when I was playing that the excitement in the season really went up a notch or two when you hit the League semi-finals.

There are places up for grabs on both teams. In Kilkenny we know Paul Murphy will be out with a shoulder injury, and others are doubtful. That means where will be a chance for others to shine.

Players who go well in the semi-final or final know there is a right chance they can play in the championship. Brian Cody places huge value on a player’s form at this time in the season.

Those who get a chance have to take it because there won’t be too many more opportunities to shine before the championship once the League is over.

This is a ‘step up chance’ for those who wouldn’t be regarded as regulars, if there is any such thing in Kilkenny. Okay, you have your automatics and big players, but in my experience there are always places to be won.

I started off in the League. I got the chance in 2006 after a good League campaign and ended up being on the team for the championship.

This is where players start.

The test in the bigger games, where there is something at stake, is the where you have to shine. This is a semi-final, one step away from the final. There will be a big crowd. The opposition will be good. The pitch should be in better shape.

All the conditions are there for the wannabes, if you like, to step up to the plate and prove themselves.

Now is a good time for players to show how good they are because believe you me, they will be rewarded come championship time if they do.