Warning: watch the money because thieves on the prowl 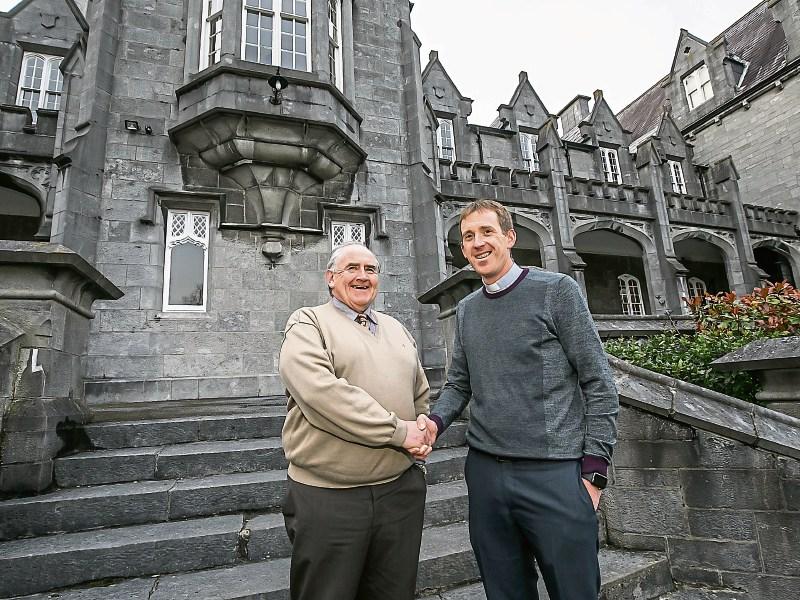 Be careful with the movement of cash because predatory thieves are watching and waiting to pounce.

That was the warning from the Gardai to the GAA and other sporting organisations this week.

With the GAA club season ready to kick off during the coming weeks, matches will be played up and down the county and ‘gate’ money could be a target for robbers.

“Every time cash is being moved someone is watching,” warned Sergeant Peter McConnon of the Garda Crime Prevention Unit when he addressed what was an historic first County Board meeting held in St Kieran’s College.

“Cash is a sought after commodity. If you are moving it, be careful.

“Don’t think you are not being watched. You are,” he added.

Sgt. McConnon highlighted a story from Rathvilly, County Carlow in which a woman was terrorised and robbed at gun point while carrying ‘gate’ money after a game.

“Have your checks in place,” added Sgt McConnon, who is attached to the Carlow/Kilkenny Division. “Use the Gardai when transporting money. Don’t take chances.”

The former Kildare footballer told delegates to warn their clubs to be careful about match day cash and make sure procedures were in place to protect staff and stewards.

He congratulated the County Board on the protocols they had in place for the movement of money for games played at Nowlan Park, and said their strong working relationship with the Gardai on this matter was vital to deter would be thieves.

Sgt McConnon was promoting the ‘Lock Up and Light Up’ Garda crime prevention programme.

He urged clubs and home owners to take simple steps to protect their grounds and property.

“Don’t be afraid to spend pennies to save pounds,” he said, reminding that the “mess left behind” by raiders was a big thing that had to be dealt with.

Meanwhile, the Leinster Council of the GAA has been asked to explain why an inter-county fixture was changed, because it is likely to lead to wholesale disruption to the games schedule in Kilkenny.

Originally defending champions, Kilkenny were due to open in the Leinster minor hurling championship on Saturday, April 30.

However, the provincial body, without any consultation with this county, brought the match (v Offaly) forward a week to the 23rd, the same weekend as the start of the Kilkenny senior, intermediate and junior hurling league/championships.

Kilkenny had made their fixtures with the Leinster minor game in mind and had scheduled first round matches throughout the weekend of April 22 to 24.

Now it has transpired that any club with a player on the 24 strong match day minor panel will be forced to play their local league game on the Sunday, April 24.

“The goodwill of clubs will be needed to make it all happen,” explained County Board vice-chairman, Conor Denieffe, who has responsibility for the fixtures programme.

The prospect facing clubs is that there will be five senior and five intermediate and a number of junior matches all squeezed into a tight programme on Sunday the 24th.

Originally two senior and two intermediate matches had been fixed for the Friday evening of that weekend, with a like programme in place for the Saturday.

The balance of the games would have been played on the Sunday.

Rounds of the local minor league will also have to be rescheduled.

Delegates at Monday’s monthly meeting of the ’Board were told the Leinster Council was meeting last night (Tuesday) and the Kilkenny/Offaly fixture was up for mention, but no one was expecting it to be put back to the original date of April 30.

“We are entitled to an explanation,” insisted ’Board chairman, Ned Quinn.

“This was a fixture that was made and ratified, and was then changed by a person or persons unknown. We are entitled to that in terms of respect.”

Bro Damien Brennan (John Lockes) wondered did the changes mean minor players would be involved in matches on the Saturday and Sunday.

When told it did, he said it was “very unfair” and it posed a serious risk of players suffering an injury.

“This is not the first time the Leinster Council has changed a minor fixture,” Mr Quinn said.

“There is a bit of a record there of being disrespectful to the minor championship,” he added.

Former Hurler of the Year, Eoin Larkin, has returned fit and well following a tour of duty with the UN peacekeeping force in Syria.

Currently he is away enjoying a family holiday.

It is expected that the nine times senior All-Ireland medal winner will resume his playing career when James Stephens open in the local league against All-Ireland intermediate club champions, Bennettsbridge, on the weekend after next.