A super game to win! 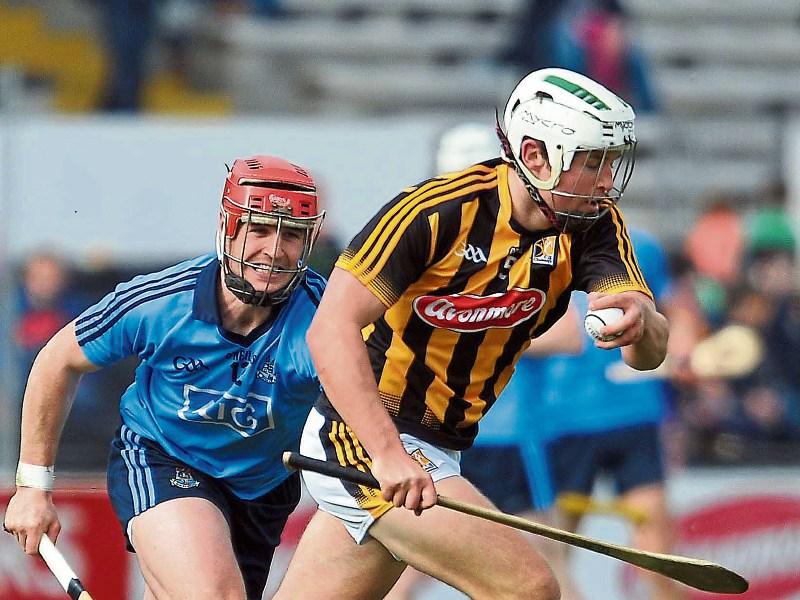 Interesting to note how perspective can change. Before Kilkenny’s last match the debate was akin to a shot from a blunderbuss, and was scattered in all directions.

The Allianz National Hurling League quarter-final against struggling Offaly was seen as a one outcome game. So it turned out.

The discussions then varied from how much money could be made from the League to the form of others, even to prospects in the championship.

This time for the semi-final against Clare, a team that promises all sorts of treats and fascinates the wider hurling public, to a large extent because of their colourful manager, Davy Fitzgerald, the focus it more direct.

It is on the hurling. There are few if any distractions. Suddenly the League gets very serious.

Rated opposition help concentrate minds, even among the fans, who have the liberty to stray from time to time. Not so the players!

And so we will all travel to Semple Stadium, Thurles on Sunday for a double League semi-final feature we hope will be hugely informative with the road to the championship getting shorter and shorter.

The opener between defending champions, Waterford and Limerick (2pm) should go the Suirsiders way, because if not, it would be a setback to them. Limerick haven’t done anything to suggest they are ready to explode, so the champs should be able to take them.

Here we have the two teams who battled it out against relegation from Division 1A last season meeting with the winners going on to contest the League final.

In fact, the counties clashed twice in last year’s Allianz Hurling League with Kilkenny winning both by a point in Nowlan Park.

Results-wise, the counties are the most consistent teams in the League.

Clare have won their six games to date. Add in their victories in the pre-season Munster League, and they are on a 10 match winning streak.

Kilkenny won five of their six League outings. However, their finest achievement in the competition to date must be the fact that they have given so many players - 28 - serious game time, which has been hugely beneficial in the shaping of the panel.

That job is not finished, of course, but manager Brian Cody and his selectors, Michael Dempsey, James McGarry and Derek Lyng have a fair idea who will and will not make the cut come championship time.

Newcomers like Kevin Kelly, James Maher (he is out with a knee injury), Diarmuid Cody, Richie Reid and Robert Lennon have edged their foot in the door.

Now comes an opportunity that could be followed by another opportunity if the county makes the final, to nudge a shoulder in as well.

As they say about the Masters in golf, Friday and Saturday are the ‘moving days’ when players set up big things for what is to follow. Ditto the League semi-finals and final.

On top of the newcomers showing promising form, others like Lester Ryan, Walter Walsh, John Power and Jonjo Farrell - he could end up as a most productive impact sub - have, through the strength of their displays, shown the selectors that they have taken their game to a new level.

It is all very interesting and exciting. And you know what, Clare are doing exactly the same thing, apparent.

There is savage competition for places on the team in the Banner County, we have been told by a well informed insider. Fitzgerald and his assistant, former Cork great Donal Og Cusack, have a really strong working relationship and with a backroom back up crew that stretches beyond 30, nothing, absolutely nothing, is left to chance.

The return of Paul Kinnerk as trainer - he was involved when they won the All-Ireland in 2013 - has been a huge plus too.

Clare played a round of hurling and football league games at the weekend, and their entire panel saw action. They view the Kilkenny match as their biggest test this season, even bearing in mind their last match against Tipperary, and they are ready to have a go.

They are not prepared to stand back, even if a victory meant they could set-up a clash in the final with Waterford before the counties meet in the Munster championship on June 5.

Clare appreciate the advantages of winning, and they don’t want to move from that road.

Like with Kilkenny, new players have jumped to the fore. Aron Shanagher (19), who played with Wolfe Tones against Bennettsbridge in the All-Ireland club intermediate semi-final, has made huge strides forward. Corner-back Paul Flanagan, a selector with the Ardscoil Ris, Limerick, team beaten by St Kieran’s College is another who has impressed greatly.

Others like Seadna Morey, dual player Podge Collins and Colin Ryan, who was married recently, are ready to drive on now that injuries and other commitments are behind them.

There is a chance Clare might play the ‘sweeper game’ with named full-back, Cian Dillon, given that role while listed wing-back, Pat O’Connor would then fill in at No. 3.

Whatever game they employ they will be going full blast.

Injuries have complicated life for the Cats. Paul Murphy is out with a shoulder injury. Maher is out. Conor Fogarty is close to making a return after suffering a leg injury against Cork.

He may not be risked, and it is the same with Michael and Colin Fennelly, who picked up hamstring injuries against Offaly. Brian Cody said no one “would be risked” but that doesn’t mean he is setting up an opt out. No way.

Kilkenny want to win the League, if they can. Nine times All-Ireland medal winner, Jackie Tyrrell will probably come in for Murphy in what would be the only change from last year’s All-Ireland final defence.

If Fogarty gets the nod, he should line up with the form man of the moment, Lester Ryan, in midfield while T.J. Reid and Richie Hogan should return to the attack after being rested for the quarter-final.

Whatever the permutations, Kilkenny will be strong and their eyes will be on May 1, League final day.

HOW THEY GOT HERE