A feast for clubs and fans, but then there will be a famine 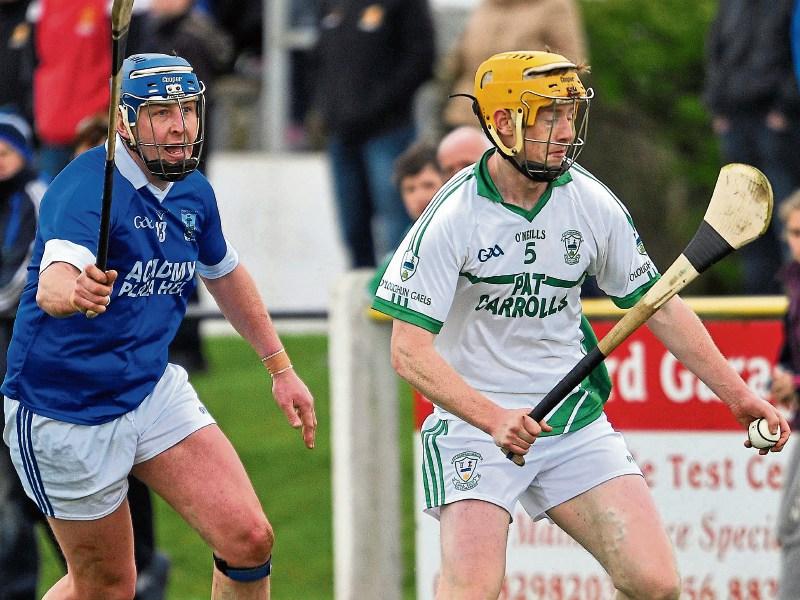 Kilkenny senior and intermediate club players are heading for a feast of games that will be followed by a famine.

The second round of league matches in both divisions will be played this weekend.

And that busy programme will be followed by another full round of ties the following weekend, May 2o to 22.

However, after that there will be a long, long break.

In fact, it will stretch to seven weeks as activities on the home front take a break while serious inter-county business is transacted.

The closing, fifth round of games follow then on Saturday, August 13 (senior) and Friday, August 12 (intermediate).

It is hard for club teams and officials to manage the on, off action during the season, but with great will, determination and understanding they have made it work. The results of those efforts have been hugely beneficial for the county.

The leagues commenced three weeks ago. There is a strong body of opinion that a round of matches could have been slotted in between instead of having action back to back over the next two weekends.

Whatever, clubs and fans will simply have to get on with things but the former will feel the pinch in a few weeks time when the first of the J1 travelers depart these shores for the Summer.

Most clubs will lose someone as young people head to the US in a bid to make a few badly needed bob and, let’s be honest, experience a different sort of life for a while.

One has heard that at least one club will lose five players when the US exodus commences. It is hard for any club to ship losses like that.

But the battle has to go on, and the only thing balancing the scales is that virtually every club will suffer the same fate.

Again, games this weekend will be packed tight, just like they were for the first round.

Again it is an Electric Ireland Leinster minor hurling tie, this time a semi-final between Kilkenny and Dublin in Parnell Park on Saturday (3pm), that is forcing the hand of the fixture makers.

Sunday will be the main day of action, again.

Rower-Inistioge v James Stephens in Thomastown - The Rower go into action with a fair result under their belts, a win over Fenians.

The Village played a draw with All-Ireland club intermediate champions, Bennettsbridge, after leading by 11 points at one stage.

’Stephens will look at the positives, and the fact they were good enough to get so far ahead. At their best, they looked decent.

With Eoin Larkin back from overseas duty with the Army, and looking all the better for getting more and more game time, The Village threat is sure to grow even stronger.

The expectation is that Jackie Tyrrell and Diarmuid Cody, who missed the last match, will be back. That is a nice gift!

The Rower are still a bit too reliant on free taker, Michael Grace for scores, although young Richie Leahy is progressing nicely.

On their best days they are a fair outfit. On others they can be average.

Ballyhale Shamrocks v Mullinavat in Ballyhale - Now this is an interesting tie.

Where is the middle ground?

The ’Vat won’t be taken easily by any team, not even an accomplished outfit like Shamrocks.

If the former champions have Michael Fennelly back, and he has to start playing if he is to be fit for the county, then that could be the game changer.

It is a hesitant vote against Mullinavat, we have to say.

Danesfort v Erin’s Own in Palmerstown -

Both were losers in the first round; Danesfort against Mullinavat and the ’Comer men by a single point against O’Loughlin’s.

There is talk Richie Hogan won’t make it because of a hamstring injury. The ’Fort won’t suffer a loss like that and not feel it.... badly.

They enjoyed a good league last year when their hurling and team play were good. If they lose more ground, the pressure will begin to mount.

Erin’s Own are not equipped to win the league or championship, at the moment, but they are always capable of plucking a result against the odds.

If Hogan has to stand down, that could open the door for the ’Comer men.

Bennettsbridge v St Martin’s in St John’s Park - The ’Bridge felt their draw with The Village was as good as a win. Why?

Because they started so poorly and were still good enough to get back.

They are not for bending!

Dicksboro v Fenians in Canon Kearns Park - Losers, losers in the first round. Hard to know how either will react.