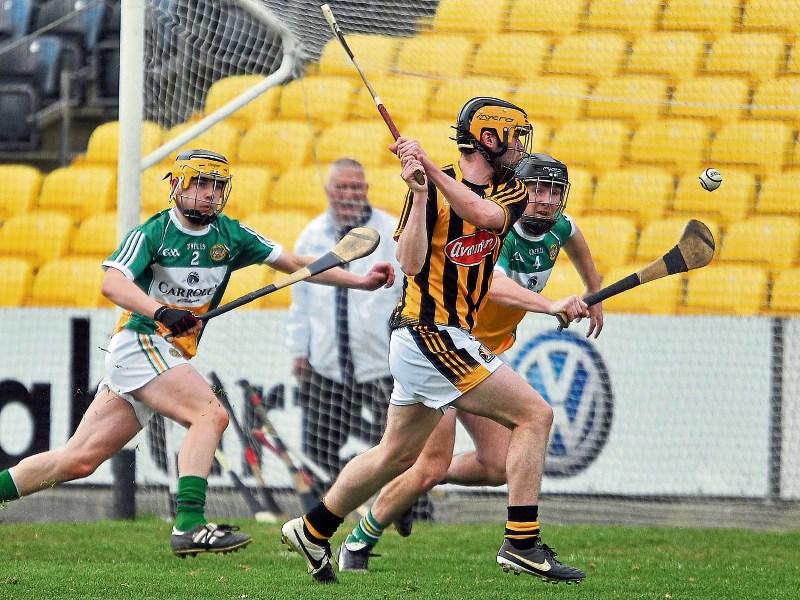 Kilkenny or Dublin are facing the grim prospect this weekend of being finished for the season with inter-county hurling activities at minor level.

The counties clash in the Leinster minor hurling championship semi-final in Parnell Park on Saturday (3pm), and the losers will be finished for the season.

The matches at this level are traditionally played after the Leaving Certificate ends, but as the GAA lines up things for a change in under-age games structures in the years ahead, the programme has been altered.

In order to meet the deadline for the Leinster final on July 3 the games have to be played now, because with the Leaving starting later, there wouldn’t be time to do so afterwards.

This format will operate for this year only, we have been told. Next year is the last of the minor championship being played at under-18 level.

In 2018 the age will switch to under-17 and the theory is that the Leaving Cert will become less of an issue then in terms of Gaelic games and the championship.

“That is the choice that was made, be it good or bad,” said Kilkenny manager, Pat Hoban. “If you win, you are in the Leinster final and an All-Ireland quarter-final at least.

“If you lose that’s it. It would be very disappointing to go out in May, but we are not thinking like that.”

The Cats and Dubs have had an interesting history at minor level in recent years. The Dubs lowered Kilkenny’s colours at Nowlan Park, and the Noresiders toppled Dublin in Parnell.

Recent history would suggest this one could go either way.

“It is D-day,” insisted Mr Hoban, who guided the county to All-Ireland and Leinster championship wins in recent years. “We are facing a tough assignment.

“Parnell Park is a tough place to try and win. If there is an advantage with Dublin they have played two and a half games of competitive hurling. They beat Laois and were brought to extra time by Wexford.

“Relative to our challenge against Offaly, they are definitely more match prepared. The talent Dublin have coming through is great, so we know we are facing a mighty challenge.”

The Dublin set up at Leinster colleges level is very helpful to their county team. They field North and South Dublin teams in colleges hurling, with all the best talent spread between those two teams.

Consequently the players worked and trained together during most of the year to date. The Dublin manager is also involved with the North team, so he has his finger on the pulse and knows what is going on.

That has to be a help in terms of finding talent and sorting players.

Dublin have been performing well at schools level. The North qualified for the League final and St Kieran’s College, the eventual All-Ireland champions, scraped past them, before beating them in the championship.

“They are well drilled and well prepared,” Mr Hoban insisted. “This is a deliberate policy with their colleges to feed straight through to the county team.

“Having just two representatives for all of Dublin is a huge advantage.

“Management don’t only get to view their players, they get to work with them. They certainly know their team and who their best players.

“They can assess their players more easily. When they pick a minor panel they have it well sorted by February or March I would imagine because of the colleges set-up.”

“Things have gone well for us since,” Mr Hoban said. “We had three weeks to work with the players, and the squad is coming along nicely.”

They played Limerick in a challenge recently, and Mr Hoban and the other members of the management team of Niall McCormack, Pat O’Donovan, Pat Nolan and Ray O’Keeffe were happy enough with the way things went.

Currently there are 33 players on the panel, and places on the team are up for grabs, Mr Hoban said.

“We prepared full on for the Offaly game, and thankfully we performed on the day,” the manager said. “We didn’t get carried away with the result.”

When Kilkenny surveyed the landscape at minor level, they reckoned early on that they would be meeting Dublin, going on the way form was.

“That helped keep a bit of focus after the Offaly result,” the manager continued. “The players know how good Dublin are. There is no cockiness there.”

The Dubs beat Castlecomer Community School and the CBS at colleges level, so a fair number of Kilkenny players felt the pain they can inflict.

“There will be no surprises in the challenge Dublin will provide,” Mr Hoban assured.

“We have had a couple of very close and tight encounters with them,” Mr Hoban continued. “The games have only been won and lost by a couple of points.

“The prize for winning is massive. You are going to Croke Park. You are in a Leinster final. You are into the All-Ireland series. The prize is huge.

“These are young Kilkenny hurlers. They are very successful. There are a lot of medals there. There are very good players.

“No one is underestimating the size of the challenge. This is very much a 50/50 game.

“I expect us to win, of course I do, but it will be a mighty battle. It will be a right good game as well,” he insisted.