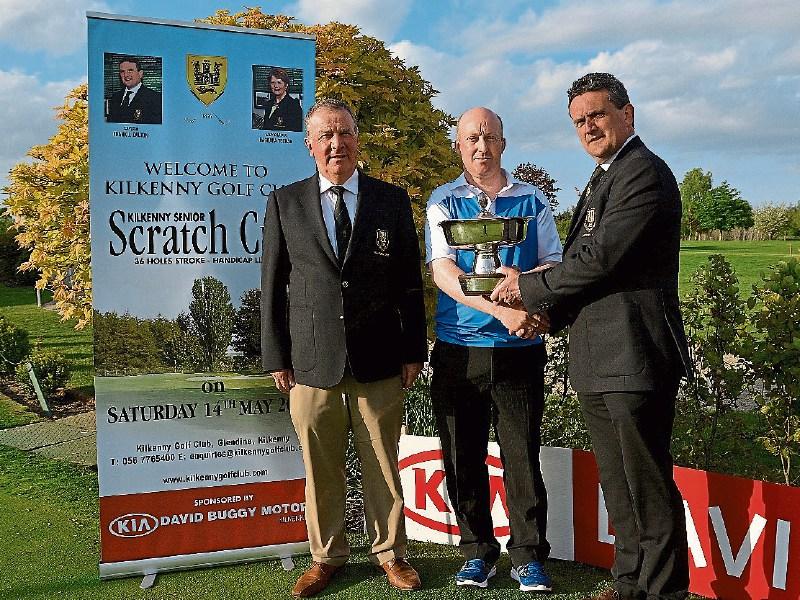 Nugent, with a magnificent second round of five under par 66, was a very deserving winning. Graham was the runner-up on two occasions so the victory was a welcome change of luck.

Michael Ryan, New Ross led after round one having shot a three under par 68. Ian Lynch (Rosslare) and Richard Knightly (Royal Dublin) were both on two under par 69.

After nine holes of the second round Michael Ryan held a three shot lead at five under par. Mark Power was on two under with Graham third on one under par.

Holes 10 and 11 were costly for Ryan. He dropped three shots in these two holes to go back to two under par.

Mark Power may a valiant effort over the closing nine holes, shooting three birdies, but he dropped shots at the 13th and 15th holes, which were his undoing.

Michael Ryan birdied the 12th hole but bogeys on the 16th and 18th were he three putted gave Graham Nugent a two stroke winning margin.

Woodbrook’s Colm Crowley shot a hole in one on the par 3 17th hole.

He received a medal as a memento and a bottle of brandy to celebrate.

All competitors were high in their praise for the condition of the course and the hospitality received from Kilkenny golf club and how well the event was run and co-ordinated.

Special praise should go to Sean Dowling and his course staff for the magnificent way the course was presented.

The event was sponsored by Buggy Motors, the Kia dealers in Kilkenny.