Shane and Eoin a winning combination in hardball All-Ireland final 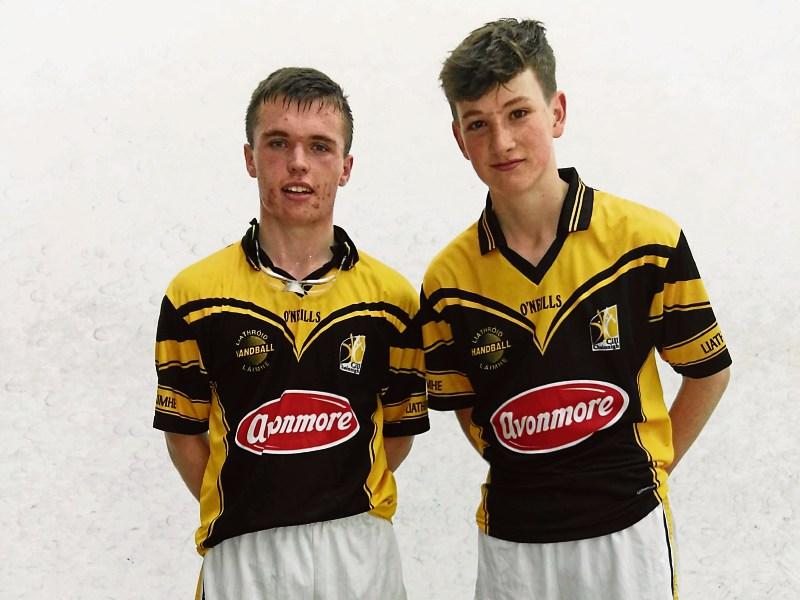 In the All-Ireland minor hardball doubles final at Thurles on Saturday, Kilkenny’s Shane Dunne and Eoin Brennan were crowned champions when defeating Mayo.

The Clogh/Kells pair came through a tough test against the Westerners, needing a third game to decide the contest.

This latest win in this grade was Kilkenny’s eleventh title, having won the first in 1954 and the last in 2009.

This Saturday Shane Dunne will return to Thurles hoping to add the minor hardball singles title to his growing collection of trophies.

The talented Clogh player will again face Mayo’s Patrick Murphy in what should be a very tight match. There won’t be much in it at the finish, because both players are real battlers.

This Saturday the annual Leinster singles One Wall championships will be played at Laois venues.

The grades will be determined on the day. Registration is 10.30am in Ballacolla, with matches due to commence at 11am.

Entry is now open for the Irish One Wall nationals. The finals are scheduled to be held at Breaffy House, Mayo across the weekend of July 1 to 3.

In the Mullinavat Masters team tournament the host club made it two wins from two when they defeated Mothel.

This week the annual Clarke Cup event will commence in Kilfane, with the draw and a fixtures available during the coming days.

The Clarke Cup has become a very competitive tournament on the local handball scene, and is viewed each year by the players involved as a great start to the 60x30 season.