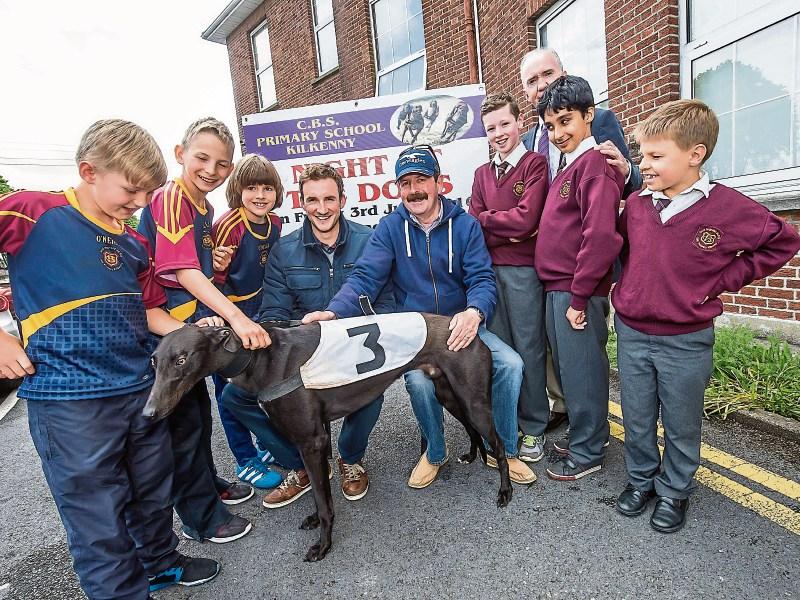 There was a large crowd in Kilkenny on Sunday night for the 27th running of the final of the Red Mills Champion Unraced Stake.

Sober Call recovered well to go up the inner and led Mustang Kasco around the first bend.

Sober Call was a length clear of Mustang Kasco and Pennys Wazowski at the second bend, but when the pair behind collided, Sober Call was left clear.

Roared on by his supporters, Sober Call raced 10 lengths clear of Ballymac Tomasso into the third. Owned by Alan McCormack, the son of Kinloch Brae and Tipp Jewells galloped home to win by six and a half lengths in a brilliant 28.91.

Ballymac Tomasso finished second to complete a 1-2 for trainer Own McKenna.

There was also final success for Power Dragon and Garryglass Lee on the night, while Mysterious Ways and Pookies Plan also won well.

In the first final of the night, Power Dragon took a flyer from trap 2 but came wide up the track.

Power Dragon stayed wide on the bend and this allowed Auction Beauty up the inner and on into a two length at the second bend. The lead was still at two lengths by the third as Auction Beauty bravely tried to hold on.

Both Power Dragon and Paulstown Beag out-stayed Auction Beauty with first run seeing Power Dragon home by a length in 29.44.

Galboola Snowy started best in the novice staying contest (725), but it was a short lived lead as after bumping January Weather took up the running.

There was another leader by the third turn as Brownshill Ace hit the front. Brownshill Ace moved clear down the back stretch and built up a lead that he would not surrender.

Brownshill Ace scored by three and a half lengths in 41.76, with January Weather backed in second.

The hot looking a3 Mills Xcel 525 final was decided at the first bend.

As expected Garryglass Lee got the better of it in the first bend as Bellotto failed to fire on the rails.

There was mayhem behind the leader at the bend and this left the Karol Ramsbottom trained Garryglass Lee seven lengths clear going down the back stretch.

Bellotto chased down the back straight, but Garryglass Lee streaked 10 lengths clear. Clonduff Jet came through for second, but this race belonged to Garryglass Lee and he won by eleven lengths in 29.11.

The fourth race was level early and into the first before Emers Chance asserted to get the bend. With bumping behind, Emers Chance moved six lengths clear of Karlow Melody at the second bend.

The lead was down to four lengths by the third and on the run home, Emers Chance began to fade. Karlow Melody swooped late to get up and win by a length in 29.53.

Dingo Will put in a brilliant front running performance to claim the 550 contest, breaking the track record in the process.

The winner popped out from trap 3 and led Bull Run Mc to the first bend.

The leader moved three lengths clear into the second and held that lead into the third. Dingo Will never missed a beat up front and the David Flanagan trained January 14 whelp powered onwards to win by seven lengths in a brilliant 30.12.

The wide running Miss Pyromaniac led up in the sixth race and went on to lead Gortkelly Grace by a length at the second bend. Miss Pyromaniac moved two lengths clear into the third but there looked to be a number challengers preparing a strong finish.

The long time leader ran a little wide off the last but the Donal Murphy trained Miss Pyromaniac dug deep and held off the late surge from Mollys Hi Ace by three quarters of a length in 29.65.

The Pat Kiely trained Glanmire Prince made every yard of the running to impressively land the Open 725.

After popping out of trap 4, Glanmire Prince quickly built up a five lengths lead over Morning Music.

That five length lead remained intact from the third bend down to the fifth turn despite Morning Music’s best efforts. It was clear that Glanmire Prince was not stopping up front and he galloped away to win by five lengths in a very smart 40.70.

The ninth race turned out to be a real thriller.

Pookies Plan took a flyer from trap six while Silverthornsandy went up well on the rails. There was nothing in it at the second bend and it was nip and tuck all the way down to the third.

As the race, reached the business end the sprightly veteran Pookies Plan found that little bit more. Pookies Plan stormed up the home straight to win by two lengths in a fine 29.17.

The money came for the Owen McKenna trained Mysterious ways in the night’s finale.

The fast starting bitch led up from trap 3 and went on to lead Droopys Ford by a length at the second bend.

Droopys Ford moved to challenge off the third but Mysterious Ways was not for passing. The gutsy lady hugged the rails to see off Droopys Ford by a length and a half in 28.96.