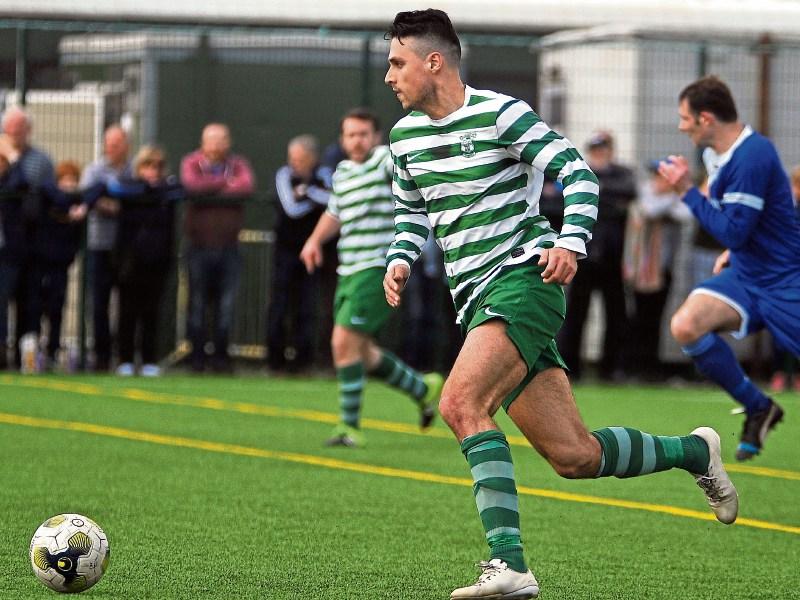 The Evergreen A hitman, who netted close to 50 goals, has been named as the Premier Division Player of the Year by the Kilkenny & District League.

Walshe’s impressive tally played a key role in helping Packie Holden’s side win back the league title from Thomastown United A.

The award caps a fine season for Walshe, who also won the Maher Shield and reached the finals of the Leinster Junior and McCalmont Cups.

Enda Purcell’s sterling campaign earned another highlight after he picked up the Division One plaudits. Purcell was a key player for Spa United, who brought a Division One league and cup double back to Johnstown.

They were all topped by Aoife Prendergast, who won a treble with Evergreen and was selected as Kilkenny women’s league’s best player.

It was a memorable season also for Freebooters’ Sam Watkins. He was named the Youths’ Division One player of the season, capping a campaign in which he also made his debut for the League’s Oscar Traynor side.

The Kilkenny & District League will hold their schoolboys/schoolgirls awards night in the Springhill Court Hotel at 8pm on Thursday, June 30. The junior awards night will be held in The Set Theatre from 9pm on Saturday, July 2.

Player of the Year winners

U-15 Division One: Conor Kelly (Freebooters A).