O'Brien, the young one that is, continues great run of winners 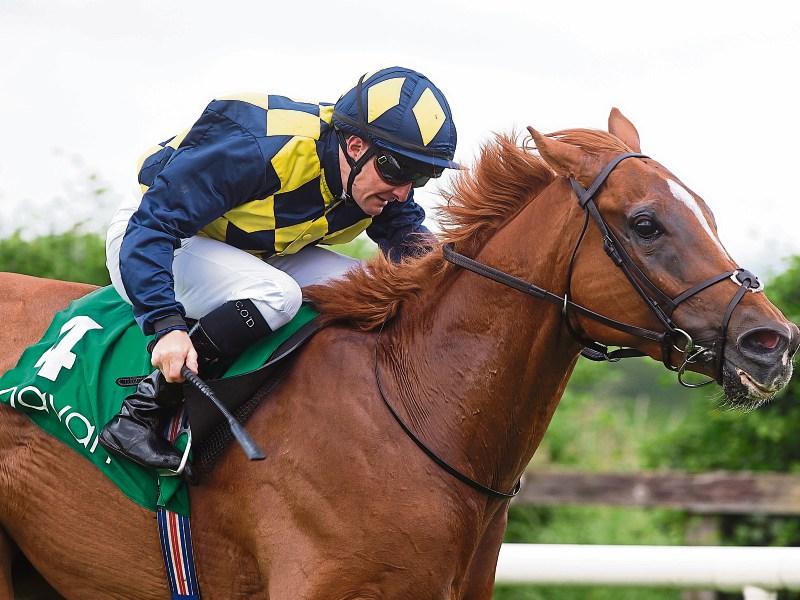 Joseph O’Brien was again on the mark in his first week with a trainers licence when Oh Me Oh My took the maiden hurdle at Clonmel on Friday evening.

Jody McGarvey partnered the 4/1 shot who was running for the first time and was her trainer’s sixth winner in five days and his only runner at the meeting.

The father and son team of Tony and Danny Mullins landed the 2m handicap hurdle with 10/1 chance Balinaboola Lass who scored by all of 16 lengths.

The widest winning margin on the evening was 21 lengths and that was recorded by 4/6 favourite On Fiddlers Green, who took the 2m seven furlong beginners’ chase for Henry de Bromhead and Davy Russell.

Also over fences, Ted Walsh’s Myles Ahead was a popular 11/4 winner of the 2m beginners’ chase in the hands of Ian McCarthy, while 7/1 shot Pops Well took the handicap chase for Paul O’Flynn and Ambrose McCurtin.

Kieran Purcell and Brian O’Connell scored with You Can’t Catch Me in the 2m four furlongs handicap hurdle.

The 6/1 chance was winning over the course and distance for the second time in a little over three weeks.

The pair opened up with success in the seven furlongs fillies’ maiden with 5/4 favourite Oh Grace and went on to land the 12 furlong maiden with 8/11 favourite An Cailin Orga.

At a more appealing 8/1, Mandatario completed the treble with a win in the 15 furlongs handicap.

They took the featured Listed Glencairn Stakes with 11/4 chance Foxtrot Charlie, who now has the Celebration Stakes at the Curragh at the end of the month as a target.

The pair had earlier won the seven furlongs maiden with 20/1 outsider Currency Converter, who might now run in the Group 3 Tyros Stakes at the same course next month.

Ruby Walsh partnered the successful four-year-old who was also a winner over the course and distance three weeks ago.

Mullins and Walsh were out of luck with Un De Sceaux, who was soundly beaten, along with stable companions Whiteout and Thousand Stars, behind Paul Nicholls’ Ptit Zig in the Grade 1 Grande Course De Haies d’Auteuil over three miles and one furlong.

Mullins was bidding for a fourth win in the race.

Joseph O’Brien kept up his good work in his first week with a trainer’s licence as he saddled 6/4 favourite No Biggie to win the 10 furlongs handicap in his mother Ann Marie’s colours.

Dunleer, County Louth trainer Jim Deegan was on the mark with Total Demolition who gave 17 year old Sean Davis the second winner of his career.

Davis rode his first winner at the same venue on the previous Friday.

In-running data at every racecourse

Horse Racing Ireland is set to introduce in-running data at every racecourse across the country.

A GPS and radio survey of all 26 racecourses is set to take place in the coming months ahead of the introduction of the in-running data in Ireland next year.

Every horse would be tracked and timed under the initiative and the data compiled by SIS would be of benefit to owners, trainer and punters alike according to Darren Lawlor, HRI’s commercial and broadcast manager.

“We are in the early stages, still doing surveys and engaging with people,” he said.

“As part of the new media rights deal, we are committed to looking at in-running data with SIS.”

A prize-money increase of €83,000 has been announced for next month’s Galway Festival bringing the total on offer at the seven-day extravaganza to €1,884,000.

The Guinness Galway Hurdle remains Ireland’s richest National Hunt race with a total value of €300,000 while thetote.com Galway Plate continues to be worth €220,000.

Feature races on the remaining five days are now worth a minimum of €80,000, while there is a new sponsor for the Tuesday card with Colm Quinn BMW Athlone and Galway the title sponsor.

The Colm Quinn BMW Mile Handicap on Tuesday evening is one of the country’s most valuable flat handicaps, with a prize fund of €120,000.

There has also been an increased focus on the supporting races each day, with the minimum value now €15,000.

Wexford today (Wednesday) with the first race off at 5.50pm.