It was a great 'Challenge! 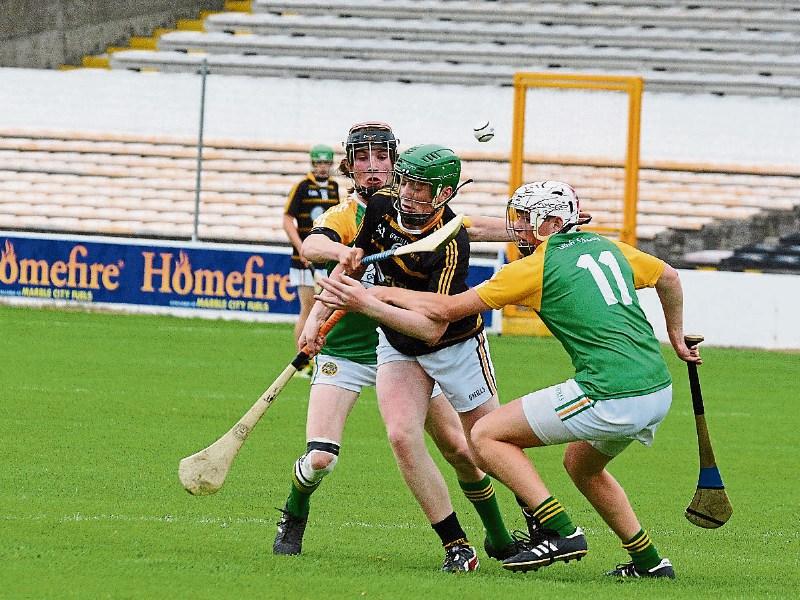 The newly inaugurated Celtic Challenge hurling competition got the thumbs up from beaten Division I finalists, Kilkenny.

"It is a great competition. I couldn't speak highly enough about it," insisted Pat Power, the South Kilkenny team manager after watching his side suffer an agonising one point defeat against Offaly in the final in Nowlan Park on Saturday (4-10 to 3-12).

"The potential for the event is huge," added the Slieverue clubman.

South Kilkenny were the chosen side to represent this county, and they scored three wins in four outings in the round-robin series of games.

They lost to South Tipperary, and notched 8-38 in their last two outings against Cork City and Down.

The Celtic Challenge is a developmental hurling competition for 16 and 17-year-old players who are not participating in State examinations.

The competition commenced on May 4 and more than 1,000 players were provided with a seven week programme of meaningful pre-sheduled games. In all, 115 matches were played.

The Celtic Challenge featured a number of initiatives on trial for the first time in Gaelic games.

A feature was that referees and match officials met with the teams prior to games to explain the rules of the competition and addressed queries from the players.

There was also a 'Best and Fairest Award' which meant that after every match the referee chose one player from each team on the basis of their skill level as well as the respect they showed to the playing rules, match officials and fellow players.

The Kilkenny winner of this award after Saturday's final was Conor Murphy (John Lockes), while the Offaly player honoured was Oisín Murphy (Birr).

An inter-change policy was also used throughout the competition instead of permanent subs, which ensured that every player on a squad could be involved in a game.

An innovative scoring system operated for the group stages through which teams were awarded a bonus point for scoring two or more goals, while also awarding a bonus point for a defeated team that lost by a margin of five points or less.

In 2015 a total of 13 games were played as part of the All-Ireland minor hurling 'B' and 'C' championship. In contrast, the Celtic Challenge resulted in 115 games being provided for players at this level this season.

In all, there were five finals. All the deciders were played in Nowlan Park on Saturday, with Waterford City, Wicklow, North and South Wexford and Offaly taking the honours.

"I couldn't say enough good about this competition, "Pat Power continued. "We lost, but the future for the players is up to them. When we got the free and the chance to draw the match at the end Evan Shefflin came out for it.

"Three or four guys didn't want to take it. He gave it everything he had. He went for the score. We were disappointed when the ball went wide, but he went for it. That takes a bit courage. Hats off to him."

Pat explained that Kilkenny played some fantastic, high scoring games in the 'Challenge. Some of the more difficult games came from the so called weaker counties.

"Carlow, for example, was a real difficult game," he said. "Down the last day in the semi-final were great. They were really tough.

"We leave with nothing but good memories of the competition," he insisted.