Fans show that despite all the success, they still back their men 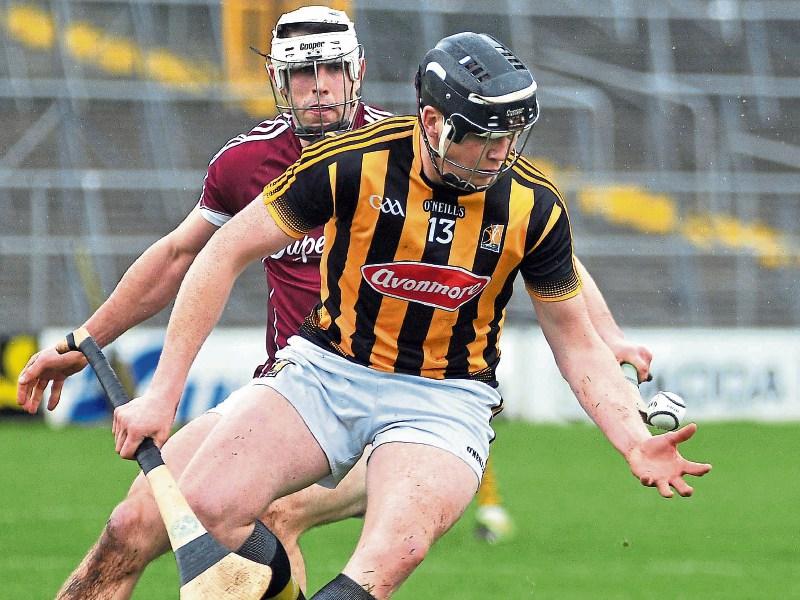 Kilkenny were more than pleased with how on the field events unfolded in O'Moore Park for the opening joust in the Leinster senior hurling championship against Dublin.

However, not all the positives unfolded between the white lines.

After a few weeks of ungracious comments when a county cribbed over having to come to Nowlan Park to play a championship match, it was interesting that there wasn't a murmur here about Kilkenny folk having to travel to Portlaois for a big game.

Kilkenny fans just got on with it. They were interest in seeing and supporting their team. They did it.

The fact Laois football fans didn't travel in big numbers to Nowlan Park to see their county face the glamour team in the championship, Dublin, the All-Ireland/National League champions, was their own choice.

But for some, including some in authority, to make a big play about the unfairness of having to travel to Kilkenny when the same fans didn't exactly pack out their own O'Moore Park on Saturday for a Round IA clash against Armagh didn't square in the arena of fair play.

Fair enough, if people don't want to support their team - and there can be many valid reasons, including costs - that is understandable and has to be accepted.

However, the old red herring and inference of the fixture being in the wrong place and being made for the wrong reason was unfair in the extreme on Kilkenny, who put an enormous effort into hosting the Dublin/Laois clash.

Nowlan Park is one of the finest venues in any of the four provinces - way ahead of O'Moore Park let it be said - in terms of catering for the needs of teams and supporters, never mind the fine pitch, and with top end support from the Local Authority and Gardai, the Dublin/Laois match experience was a very good one for visitors.

Okay, it wasn't absolutely perfect, and one thing that went wrong Kilkenny know they can put right easily, but the general experience seemed to have been a pleasant and enjoyable one for fans from both counties.

The guff that preceded that game in terms of it being played at the wrong venue was out of order. Kilkenny deserved better.

They got it, from the Leinster Council, who were thrilled with the way the match was handled, and independent commentators, who were all but knocked back by the facilities at the venue.

One prominent former inter-county star suggested Nowlan Park was of such a high standard that it wasn't a county grounds any more, but rather a provincial grounds.

Three weeks ago it was sport - Dublin and Laois did battle in the Leinster football championship in the venue.

Last weekend it was sport -the five finals in the new Celtic Challenge series were staged there.

This weekend it will be business - Rod Stewart's concert will be hosted there.

The money from that business venture - around €40/50,000 - will be ploughed back into the further development of facilities at the venue.

Few County Boards operate in the enlightened way Kilkenny do, with business/sport packaged neatly for the betterment of games and facilities.

And remember, within about a week after Rod leaves, it will be back to the business of games in the 'Park.

It is not that we see Kilkenny or Nowlan Park as being off limits to critics or criticism, far from it, but comments must be fair and balanced.

Looking at the big number of Kilkenny supporters in O'Moore Park made one appreciation yet again the effort a hard core of fans make to support Brian Cody's men. There is a real appreciation there of what has and is being achieved.

One travelled early to Portlaois and arrived about two hours before the start.

It was interesting to just hang around and watch the fans milling in, jerseys galore, black and amber in abundance; pride obvious through the rich dash of colour.

Kilkenny and Tipperary followers are the biggest buyers of season tickets in the GAA scheme.

In fact, the GAA are uneasy when they meet in the All-Ireland final now, because season ticket holders are guaranteed a pass for the big game, which lessens the supply left for distribution to other parts.

A rough estimate would be that two third of the near 10,500 crowd were from the Noreside county.

The fans backed their favourites from first whistle to last. They called every foul, given or not given by the referee.

They showed appreciation. The mood was fervent.

For an equal level of support one reckons you would have to go back to the seventies, around the time Brian Cody was in his heyday as a player.

The Kilkenny hurlers were consistently one of the best supported teams in the country at that time.

Brian Cody admitted to being happy with the showing of the players in Portlaois. The fans performed well too.

We look forward to watching both grow even stronger during the championship!