The Field and Loreto stand tall after Longest Day 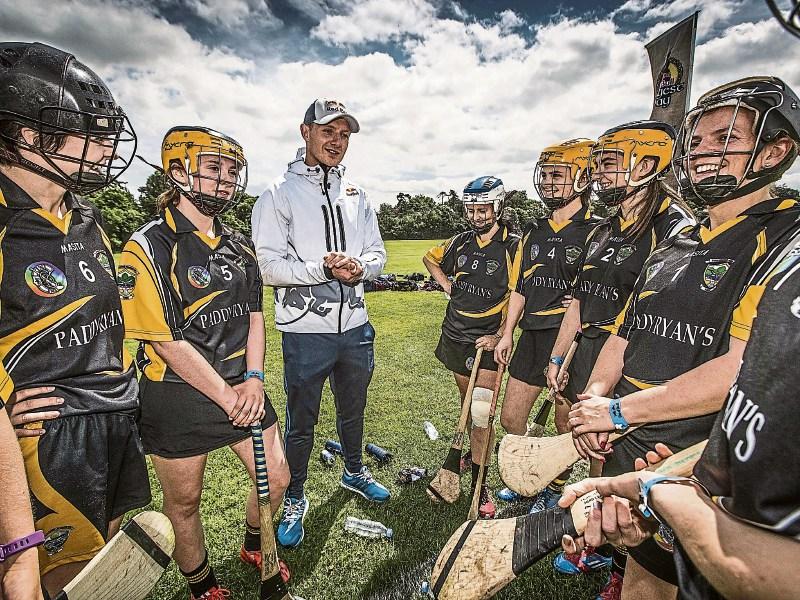 They battled from dawn to dusk, but The Field Bulls and Loreto 2.0 emerged as hurling and camogie champions on the Longest Day.

Led by Red Bull Athletes Joe Canning (Galway) and Ashling Thompson (Cork) and supported by Kilkenny’s Richie Hogan, Red Bull Longest Day saw 24 hurling and 16 camogie teams from around the country battle it out on the grounds of Kilkenny Castle.

From early morning hurling and camogie teams played each other on a special half-size pitch in the grounds of Kilkenny Castle in a round-robin format. The top two teams then faced each other in a competitive duel at dusk to determine the eventual winners.

“The atmosphere at the event was great,” said John McDonald, manager of the winning hurling team, The Field Bulls. “Most of the teams were made up of people who had played minor or under-21 for Kilkenny so it was really competitive – there were a lot of very accomplished and skilful players taking part.

“We prepared for the event though, we were well coached and we felt we were able to beat any team that we may have found ourselves up against. Saying that though, it was a really competitive final, in fact it got pretty heated at times.”

The Loreto 2.0 team were crowned camogie champions after an extremely competitive game against Clara. In the hurling final, The Field Bulls (Kilkenny) battled it out against difficult wet conditions and the challenge of local rivals Beer Brigade to claim the top prize.

“It was so surreal to be playing in the grounds of Kilkenny Castle,” said McDonald. “The goals were made from old wood so there was a really medieval feel to the whole thing. It really added to the whole occasion.

“It started getting dark during the final so the massive spotlights up against the goals, the castle setting along with the lashing rain really made the whole event very special,” he added. “There has been an incredible reaction to the event, I think we’ll see even more teams taking part next year. We will definitely be coming back to defend the title.”

The mood was just as good in the Loreto camp, with the team overjoyed to come out on top of a gruelling competition.

The girls also put in an impressive performance on the day in what proved to be a highly competitive set of games. However, it seemed that despite everyone’s best efforts to knock them from the top spot, Loreto 2.0, headed up by Bronagh Cleere, proved to be the strongest Camogie team on the day.

“We really didn’t expect to win,” said Loreto's Bronagh Cleere. “We hadn’t played together before and we really didn’t realise how tough it would actually be on the day.

“We lost our first game of the day and we realised that we really needed to use our subs as much as possible due to the intensity of the five-a-side format, so we worked out a new strategy where we subbed people on every 30-seconds in order to take the pressure off a bit and it worked.

"It was incredible to be playing in the grounds of Kilkenny Castle," she added. "We grew up going to the Castle so it was nice to spend the whole day playing there.

"I spent the day playing a sport that I love in an amazing place and ended up winning an incredible prize," she said. "It doesn’t get much better than that.”