The Cats unique intensity to be deciding factor in Croker 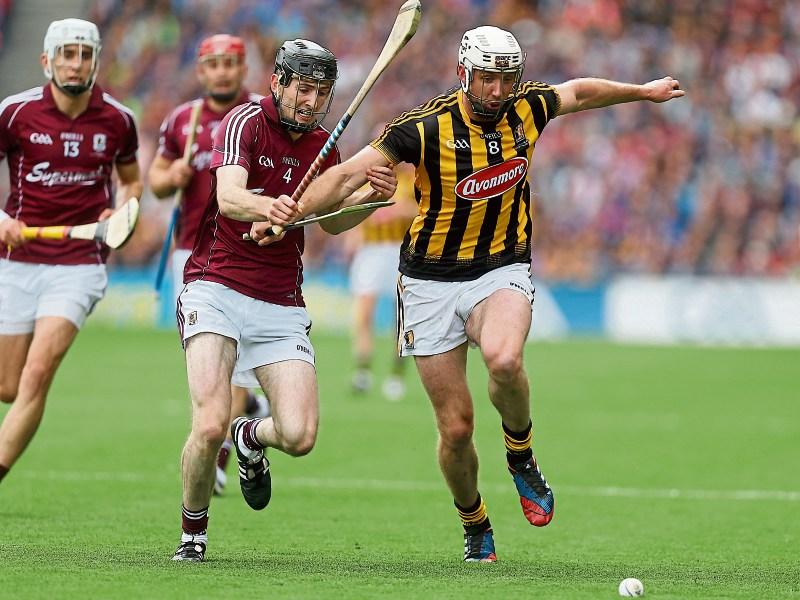 It seems like only a few days ago we were looking forward to the opening game in the Leinster hurling championship against Dublin. Now on Sunday we have the final against Galway in Croke Park.

I think there is so much high level sport with the soccer, rugby and Gaelic games at the moment time appears to be flying. It is great though. Most enjoyable.

What about Iceland on Monday? Wow! That result was a warning to all favourites in all games.

The championship can fly. Once May kicks in the clock appears to speed up. Brian Cody often talks about that.

The struggle is in January, February and March when you are doing the slog. Once May comes and the Summer evenings are in you can feel the excitement building.

The championship can go so quickly. You have to have the work done first and then be focussed and prepare for each match at it comes.

Kilkenny are in a very, very good place. They started with a good win over Dublin. I don’t think there is a danger of over hyping what happened there. I know Kilkenny won’t.

They played very well. They had the fundamentals like work-rate, spirit, hooking and block and support play exactly right.

That is what broke Dublin. That approach can break most teams, but then you need a bit of luck too.

However, Kilkenny can still work on their movement and touch and other things all over the field. The Dublin effort will stand to the likes of Michael Fennelly and Eoin Larkin, who missed the entire League. They needed a bit of hurling.

It will be the same with the newcomers like Jonjo Farrell and Robert Lennon. They have lived through the test, the pace of a championship match, and survived. It is not unknown territory for them now.

You are always nervous approaching the first match in the championship. You don’t know how well you are going, where the form of the team is. Kilkenny know now!

Things are only going to get better, I think.

A Leinster final against Galway is huge. It is no surprise these counties are meeting in the final.

They met in the All-Ireland final last September too and I think both will have a huge say in this championship again.

Leinster finals are viewed as huge in Kilkenny. Brian Cody always emphasises their important. I loved the Leinster finals, and winning them.

Galway have been very low key. They haven’t been firing that well since the start of the season.

The big match for me was when they lost the relegation game against Cork in their own backyard. It is not the end of the world going back to Division 1B, but mentally it was bad.

The intensity hasn’t been in their play, but that is when I think Galway are at their most dangerous. People are writing them off.

We all know the story from Galway about the players and how they parted from the former manager. We don’t want to get into that now, but don’t think for a moment the players did that and don’t feel a responsibility to kick on. They do!

The have to perform, but the pressure is no greater to perform now than it was before. Everyone of them faced Kilkenny in the championship before, so they know what lies ahead.

They are a huge danger to Kilkenny. If there is one game that is a ‘cure all’ for Galway’s season it is beating Kilkenny in the Leinster final.

If they win, everything that happened before will be forgotten.

That will be driven into them by their manager, Micheal Donoghue. They didn’t look world beaters when playing Westmeath or Offaly in the championship, but when the big teams face each other, like will happen on Sunday, then things are different, totally different.

Galway are under pressure, but all that pressure would be lifted if they beat Kilkenny. It would heal some of the wounds Kilkenny have inflicted on them in recent times.

Galway have players who can be immense - Joe Canning, Cathal Mannion, Conor Cooney and so on - and they can take on any back line, if they fire. The one lingering thing about Galway is will they turn up or not.

I think Kilkenny will be ready for them. They love going to Croke Park. After the performance against Dublin there is confidence in the camp.

It is not brash, over the top. They are thinking ’we are back; we did well; things can get better’.

And they will work to get better. Brian Cody will make sure of that.

Going to Croke Park and dealing with the pressure of a final will be nothing new.

Deep in the back of Galway minds will be the fact that the last time they were there they were beaten by Kilkenny. It will be interesting to see if that becomes a factor if Kilkenny can get on top.

Kilkenny love Croke Park, no matter who they are playing. The last time they were there Galway tore into them during the first half, and they looked to have the measure of them.

It took an almighty second half effort to beat them.

In the first half of that final last year Kilkenny were just 1% off. Look what Galway did to them when there were just that bit off?

They know that 100% is the effort required, from everyone.

That is how Kilkenny beat other teams. All the counties have good hurlers. Galway have just as good a hurlers as Kilkenny, but Kilkenny are able to attain this different level of intensity that breaks opponents.

Galway will be sick after losing that All-Ireland. I know in my time when we were beaten by Tipperary in an All-Ireland final that the only thing I wanted to do was play Tipp in a final again, the next day if possible.

That is what Galway want now. This is their chance in some small way to win back lost ground, to prove themselves all over again.

Galway are Kilkenny’s most dangerous team - when they hit form. Kilkenny want to try and get to the final through the front door. Avoiding the Qualifiers is huge.

Winning the Leinster final is huge. It breeds confidence, success; shapes a winning mentality. A small bit of doubt can creep in when you lose.

At the top level mentality is massive. Everyone is a good hurler but the mental thing is vital; how you prepare, how you think. You could see the confidence a mile away in a player going well. They are happy in themselves.

Michael Dempsey often said the mind and thinking positively often separates champions from the rest. I am looking forward to a Kilkenny win, but it will be a battle.

I was very impressed with Kilkenny’s first half showing against Dublin. They are up for the season!

Good news for us here in Kilkenny, and bad for others!