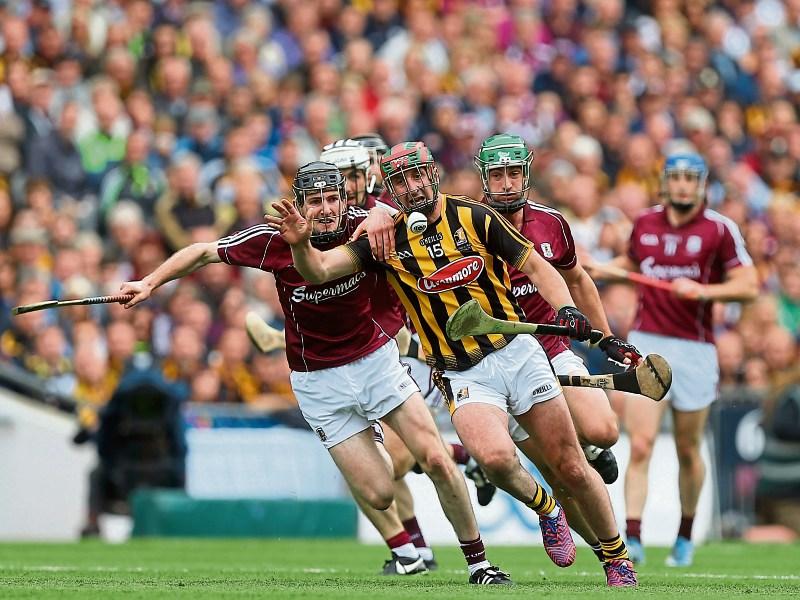 Nothing particularly new about this assignment as far as Kilkenny are concerned. After all, they contested 17 of the last 20 Leinster senior hurling finals.

The odd years out, by the way, were 1996 when Wexford and Offaly took centre stage, as they did in 2004, while Dublin and Galway contested the decider in 2013.

Sunday and Croke Park and Leinster final day won’t hold any great surprises for the Noresiders, a county that has made a habit of winning, as 70 successes confirms. They are on the trail of a hat trick this time.

Yet, familiarity doesn’t mean anything will be taken for granted or the guard might be dropped.

It is championship time. That would be heresy in the eyes of manager, Brian Cody.

It has been a very busy rivalry in recent times. Sunday’s game is the 10th

between them since Galway joined the Leinster championship in 2009.

The No. 1 question as suggested above surrounds Galway. The wonder is are they still as good as the constantly rising promise shown in the championship in recent years would suggest?

Okay, a bad National League campaign ended with them dropping back to Division IB after something of a coup that ousted manager, Anthony Cunningham after last year’s near thing in the All-Ireland final against Kilkenny.

New manager Micheal Donoghue won’t have minded the relegation issue too much.

He was in the initial stages of working with the group and there was a lot of learning to be done by both sides - management of and players - and anyway Donoghue will draw comfort from the fact that current League holders, Waterford, won the League title from Division IB last season.

The Tribesmen have had two outings in the championship thus far, which is certainly not a burden. Okay, they didn’t have to dig too deep to see off Westmeath and Offaly, but the comments after the game by Offaly boss, Eamon Kelly were interesting.

“It’s 16 you’d want against a team like that. Galway are a good team and they’ll have a huge say in the All-Ireland campaign yet,” was the summary from Kelly.

There you have it! A red light warning.

Sources in Galway suggest things are coming along nicely, with Donoghue taking the initiative by challenging the players to build on the work done by his predecessors, John McIntyre and Anthony Cunningham, rather than carrying any burden from the move against last year’s boss.

Focus has switched from the negative to the positives of continuity and progress, and apparently the players have bought into the message big time. With Galway these times it is all about what they are doing on the pitch and not off it.

And talking about big, the Galway attack is said to be populated by huge men, possibly the biggest forward line ever fielded by the county.

Niall Burke, who scored a goal against Offaly, is back in championship action for the first time in two years and colleagues Conor Cooney, Niall Burke, Joe Cooney and Cathal Mannion are no slips of lads.

And the way the hurling championship has unfolded thus far hasn’t thrown up anything to frighten the Tribesman.

They know there will be a life of genuine hope beyond Kilkenny, be it in an All-Ireland quarter-final (July 24 ) or semi-final on Sunday, August 7.

Kilkenny opened their championship campaign with a most encouraging semi-final win over Dublin. Newcomer in attack, Jonjo Farrell stole the limelight by contributing a massive 1-5 from play.

Another newcomer, Robert Lennon, did well at corner-back in place of the selected, Jackie Tyrrell, who pulled out late because of a hamstring strain.

The Kilkenny defence all but picks itself these times, with goalie Eoin Murphy a sure thing too after an on the toes showing against the Dubs.

The one question in defence surrounds the No. 4 spot with Tyrrell, Lennon and current captain, Shane Prendergast chasing it.

The latter is still struggling with a hamstring, however.

When the team is announced on Friday night, the man given the No. 4 jersey should be in pole position for the rest of the season.

Tyrrell looks set to be named, experience giving him the edge.

The power play of Michael Fennelly in midfield had a massive bearing on things against the Dubs.

He played little part in the League campaign. He needed that game time, as did Eoin Larkin, who is playing catch-up after missing the League because of overseas duty with the Army.

Both should be all the better for the 65 minutes (Fennelly) and 50 minutes (Larkin) they got against Dublin.

Former Hurler of the Year, Richie Hogan, missed that game (broken bone in hand) and he is struggling to meet this deadline.

Inactivity and a lack of sharpness are his enemies right now.

Therefore, we can expect an unchanged attack.

There is no need for it this time anyway, bearing in mind the quality of the showing against Dublin when Walter Walsh was terrific, as were Cillian Buckley, Padraig Walsh, Conor Fogarty, T.J. Reid and Paul Murphy, who can be a massively inspiring force from deep in defence.

Cody was thrilled that Kilkenny had the basics of hard work and support play so good against Dublin.

Expect more of the same this time in a contest that is most likely to run 15 v 15 rather than involving a sweeper or anything like that.

Galway were terrific in the opening half of last year’s All-Ireland final when they had the opposition stretched at times, but they just couldn’t make the gains to hurt the Cats. That is the sort of hurling storm they intend to recreate.

Sceptics maintain Kilkenny are not as good as they looked against Dublin, arguing the opposition was no more than ordinary.

Now comes the time for the players to respond.

We expect that response to be cold and hard, and to end in victory.

Kilkenny and Galway are the new ‘big two’ if you like in the Leinster senior hurling championship.

On top of five meetings in the province since 2009, they have also clashed in two All-Ireland finals, one of which went to a reply.

Of course, the counties met in last year’s MacCarthy Cup showdown, which Kilkenny won by 1-22 to 1-18.

Of the eight meetings since 2009, Galway - five in Leinster - have won once.

Kilkenny won all the other clashes.

Didn’t meet in the championship.

Didn’t meet in the championship.