Emeralds fall at the final hurdle 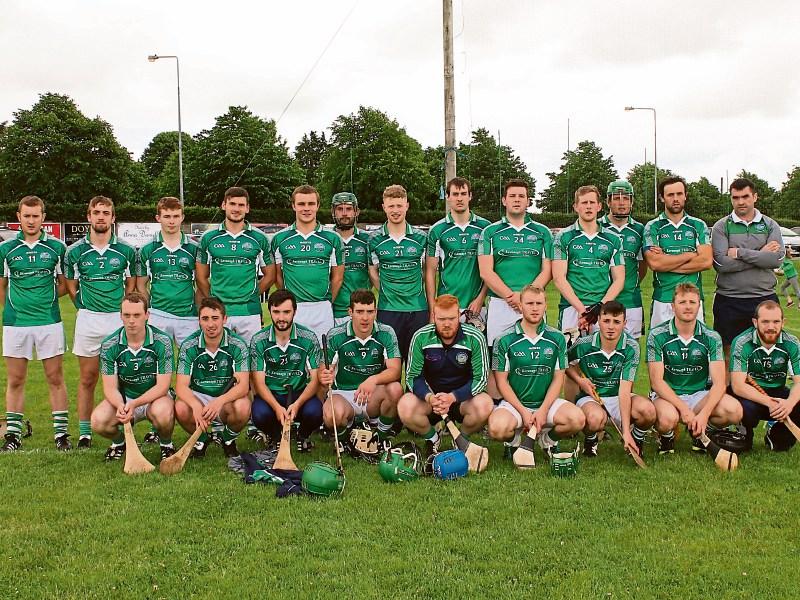 The second annual Jim Tobin Cup was played in Urlingford on Saturday. At the end of a great day’s hurling the winners were St Mullin’s (Carlow).

The four team 13-aside tournament is played over one day with four hours of action in total.

After playing each other in a round robin format of 30 minute games, the top two teams advanced to the cup final. The other teams play off for the Jim Tobin Shield.

The hosts regrouped and a flying first half versus Conahy helped secure their first win. St Mullin's bettered Lachtain’s to secure their place in the Cup final.

In the last round of matches in the round robin section St Mullin's and Conahy met with the Carlow side guaranteed a spot in the Cup final, and Conahy team knew they would be in the Shield final. The latter won.

St Lachtain’s and Emeralds met with all to play for, the winner heading for the Cup final. The hosts produced their best display and won well.

The Cup final was a high scoring affair. Emeralds made a bright start and goaled from a penalty.

However, goals were what St Mullins were all about. They struck two in the first period but trailed by 1-6 to 2-2 at the break.

The Carlow boys struck early for two more goals in the second half. They won a 20 metre free with time just up. They fired home goal No. 5 to retake the lead, and eventually win by 5-3 to 2-11.

Emeralds chairperson, Tom Phelan thanked all who supported the event. The Organising Committee, umpires, linesmen and referees were all praised.

Thanks also went to Deegan’s Centra, Urlingford who sponsored the tournament. Special thanks went to the Ladies’ Committee for supplying all teams and helpers with food and sustenance.

Thanks too went to Pat Peters, the Emeralds’ groundsman for presenting the pitch in fine condition. Tom also thanked the Tobin family for allowing the club run the tournament to commemorate former groundsman and clubman Jim.