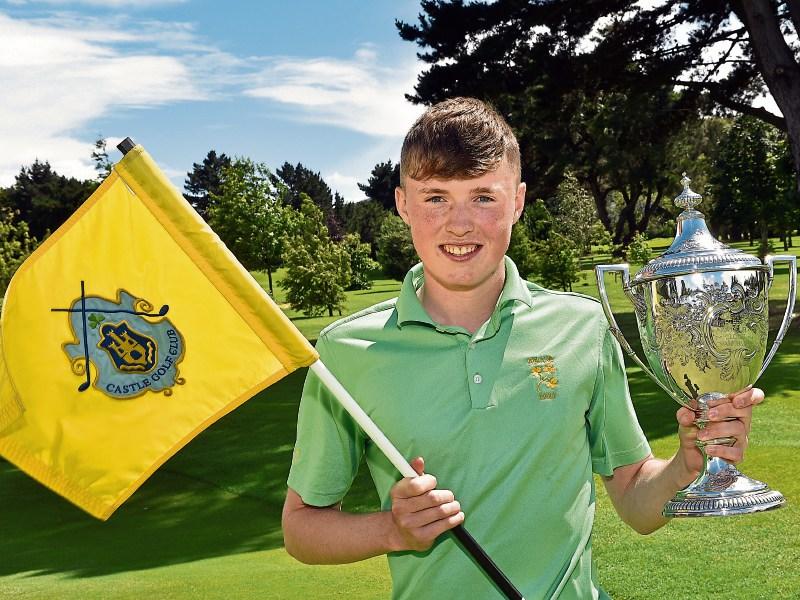 The local teenager led the tournament from start to finish as he captured his second title of the season having won the Peter McEvoy Trophy at Copt Heath in April. Power finished on seven under, six shots ahead of Co Louth’s Thomas Mulligan, who fell back on the final day with a 75.

Mulligan’s consolation was winning the under-17 trophy while visiting French player Thomas Boulanger was recognised for his hole-in-one at the 13th hole during Wednesday’s second round.