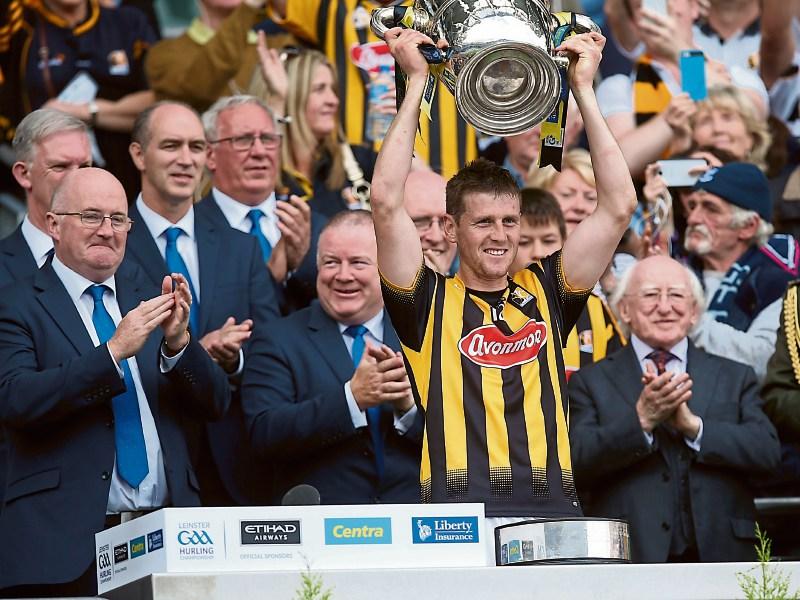 It was Groundhog day for Galway in Croke Park. It was uncanny how similar this final was to the All-Ireland last year.

The story was the same for Galway. They were well beaten in the second half after a promising opening period.

That is what surprised me from a Galway perspective. They came out for the second half knowing Kilkenny were going to up their game, but they still couldn’t handle it.

From that view alone, apart from hurling, physicality or anything else, Galway have something big to deal with in terms of taking on Kilkenny in any big game.

They appear to suffer a mental block. They have big men who are good hurlers. But they can’t get the mental thing right when facing Kilkenny.

They just crumbled. Kilkenny were poor enough, by their own standards, during the first half and Galway should have taken heart from that. They should have seen a chance, sensed something. They didn’t appear to, however.

Galway were good in the first half, but was that because Kilkenny were poor? In the second half the winners upped the tempo, and they made the opposition look very average.

This was Kilkenny being Kilkenny, I suppose. The second half was hugely impressive.

The changes Kilkenny made for the second half, with Richie Hogan and John Power coming on, were crucial. The forwards weren’t clicking up to that, but suddenly there was real fluency to their game.

And it wasn’t just a one or two man thing. The whole team rose to the challenge.

The changes freshened up everything. During half-time a few of the leaders probably thought ‘I am not doing the best I can; I have to get more out of myself’.

That is the way these lads work in the dressing-room. There is a lot of self assessment, self motivation.

The likes of Michael Fennelly and T.J. Reid upped their game. Kieran Joyce began to win a lot of high ball.

Ball winners made a difference. John Power made a massive difference and, of course, Richie Hogan was just phenomenal.

For a man who has not played a whole lot of hurling - I know he did the physical work and so on - he inspired through his work and brought a whole new dimension to the forward line.

His movement was terrific. He got in to make one deadly hook, which was a massive example to the others. That set the tone for things.

He scored five points during the second half. That performance was probably the best I have ever seen from a player coming off the bench in Croke Park.

Hogan would have been furious he wasn’t starting. I could see that in him.

Look, as a player you want to start.

The calibre of player Richie Hogan is, Hurler of the Year a while back, would have meant he wanted to start the match.

He was angry coming on. You could see that.

He was out to make a statement. That is the driving force in Kilkenny.

The big players want to be the big performers, and they drive, drive themselves.

The mood in the Kilkenny camp is relentless. The hunger and determination has yet to be matched by anyone else.

The one common denominator there is Brian Cody. He had been there from the start. The drive comes from him, and the relentless nature to.

Listen, there is lovely honesty about Kilkenny. No one every goes hiding. Everyone gives everything.

The outstanding example of that is Conor Fogarty.

He is underestimated in some quarters, but he was my Man of the Match.

Apart from all the good ball he won and struck, he walked off the pitch having scored three points and he made the goal. That’s unreal from a midfield player.

He was up and down the field constantly. That is all you can ask of any man. The way he puts himself about is outstanding.

That mood spread. John Power came off the bench and he put himself about with real menace.

Unfortunately from Galway’s point of view the change of management hasn’t changed much team wise.

The players will have to sit down and really look at themselves.

They haven’t made any progress since last year after shedding a manager who had banked a lot of experience at the highest level.

I expected more from them in the second half. Even if they brought an extra defender back it might have troubled Kilkenny a bit more, but they didn’t even go for that option.

They are not going in the right direction, as far as I can see.

Kilkenny are in a nice place now.

They can sit back for the next five weeks and watch and study all the other contenders. Kilkenny are brilliant at making optimum use of that time.

The players will get out of the pressurised bubble that is the inter-county set-up and they will refresh themselves by going back and playing with their clubs.

They will be fresh going back into training.

That break is massive. It actually does help to re-charge the batteries.

All the talk for the next few weeks will be about Tipp, Waterford, Clare and so on.

Actually it was interesting to see John Power coming off the bench. In the Dublin game the guy used in attack was Liam Blanchfield.

Kilkenny needed something different this time, a bit of experience.

Typical, whatever the need, they were able to shuffle the pack and find it. Brilliant stuff!