The hurling business is getting really serious now! 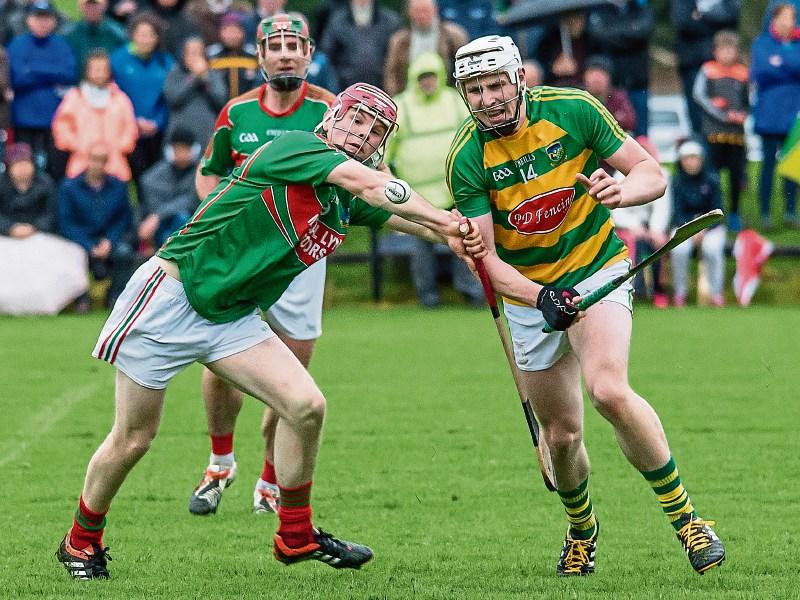 With inter-county business parked for a while, attention this weekend will switch to the local scene.

Action will resume big time in the senior, intermediate and junior league/championships with all competitions rushing towards the business end of the season.

In the senior grade, the results from this weekend and Saturday, August 13 will decide all in terms of the draw for the first round of the championship, plus the League and Shield finalists and the clubs who will be involved in the relegation issue.

O’Loughlin Gaels are the only unbeaten team at senior level. They are within touching distance of the league final.

They have a right chance to edge even closer as they play Danesfort, who are without a point to date, on Saturday.

There is a bigger scramble for the second place from Group B. Mathematically, all the teams are in contention.

Danesfort v O’Loughlin Gaels in Pairc Sheamuis Stiophan on Saturday - Danesfort could do with a win, but the scoring returns, for and against, don’t make for comforting reading.

It won’t be easy against an O’Loughlin’s side moving well without exerting themselves.

Now free of any pressures of the inter-county game, Mark Kelly is going well for O’Loughlin’s, as are Mark Bergin, who is back in the Kilkenny fold, and promising youngsters Paddy Deegan, Huw Lawlor. Brian Hogan will return to action this weekend.

They looked very ordinary when losing to Erin’s Own last time out. They just fell away during the closing 15 minutes when breeze assisted, and with the game there for the taking.

The ’Vat have a tough schedule behind them - O’Loughlin’s and Shamrocks -so if they are going to make a move, now is the time.

It won’t be easy.

Erin’s Own v Ballyhale Shamrocks in Bennettsbridge on Sunday - The stats are identical, 3 wins from 2 games.

However, Shamrocks are no ordinary side, so the circumstances are different for Erin’s Own this time.

This is a step up in class, bearing in mind the champions unease in the last test. A real test for the improving ’Comer men.

St Martin’s v Rower-Inistioge in Clara on Friday - There is a nice shape to Martin’s this season, but the Rower have struggled.

The loss of Joe Lyng (long term) will crucify the Southerners, but they need to pick up the pace of things.

Martin’s were out-worked by hungry Fenians last time out. They lost. A warning!

James Stephens v Fenians in Canon Kearns Park on Friday - ’Stephens missed the injured Jackie Tyrrell when losing the last day, and with Eoin Larkin a little ring rusty, they were stretched.

In contrast, Fenians were singing in the rain against St Martin’s in Ballyragget. They recorded their first win.

Seven weeks have passed since. A long time for the bounce effect to last.

Bennettsbridge v Dicksboro in St John’s Park on Friday - There was a busy and encouraging look about the ’Boro game last time out.

At the same time the ’Bridge picked up their first win at senior level in over 30 years.

The ’Boro are within striking distance of the top of the table. Experience can swing it for them.