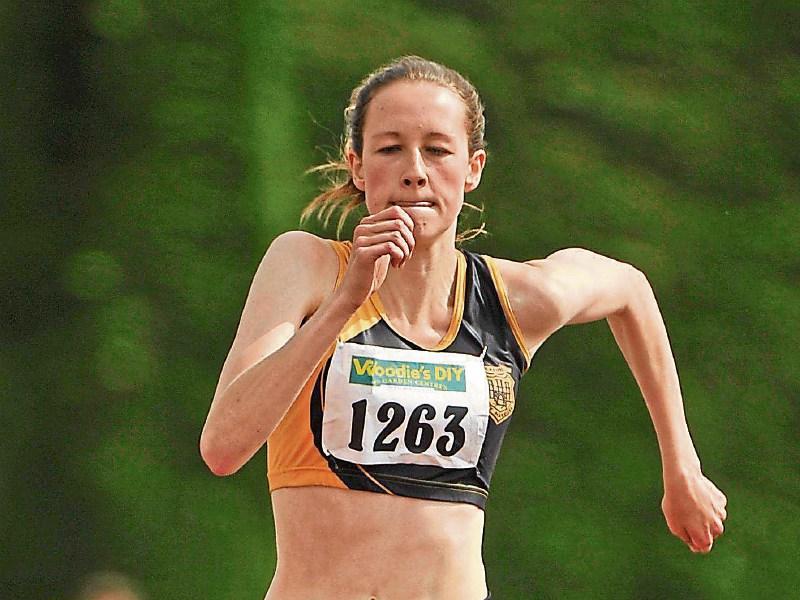 There was more success for Kilkenny athletes at the weekend as Tullamore beckoned for the national junior championships.

In the junior (under-20) events there were silver medals for Donagh Mahon (Gowran) in the high jump and Shane Power (St Joseph’s) in the pole vault and John Joe Kelly (Brow Rangers) in the weight for distance event. Sophie Becker (St Joseph’s) finished in the bronze medal position in the 400m final.

Other juniors who competed but finished outside the medals were Jack Manning (Kilkenny City Harriers - KCH) and David Murphy (Gowran) in the 200m final.

In the field events John Joe Kelly (Brow Rangers) finished in fourth place in both the shot-put and discus and was seventh in the hammer. James O’Neill (Gowran) was fifth in the discus while Sarah Lawlor (St Joseph’s) finished eighth in the junior triple jump.

In the under-23 championships Cliodhna Manning (KCH) was a gold medal winner in the women’s 200m race, taking the title with a winning time of 24.14 seconds. Catriona Twomey (KCH) was a silver medal winner in the shot-put. Third place in the same event also went to a Kilkenny athlete with Aoife Coady (Brow Rangers) taking the bronze, adding another medal to the silver she earned with a podium finish in her discus event.

Both Twomey and Coady also had fourth place finishes in field events. Catriona finished fourth in her javelin event while Aoife was fourth in her hammer event.

On Sunday it was the turn of the juvenile athletes to take to the track with pairs competitions and relays for the younger age groups and also the combined events competitions.

In the pairs events Gowran’s young athletes struck gold, silver and bronze. Tom Kehoe and Noah Denieffe won the under-9 long jump while Albi Paul and Liam O’Dwyer won silver and bronze in the 60m and turbo javelin respectively.

Gowran also did well in the relays with their boys’ under-10 team winning silver. There were silver medals also for the KCH boys’ under-11 relay squad.

The county also took home honours from the multi events championships. Rachel Kelly (KCH) won gold in the girls’ under-16 competition while Thomastown’s Jordan Knight won silver in the boys’ under-14 competition.

Next weekend it’s back to Tullamore for the national juvenile championships for older age groups.

There was double gold delight as Sophie Parkinson tasted success in the closing events of this year’s county track and field championships.

There was more good news on the international front for local athletes. Rory Lodge (KCH) has been selected on the Irish team which will compete at the European Youth Championships.

Lodge, who will jet off to Tbilisi later this month, will compete in the 800m after achieving the qualifying standard by virtue of his performance at the GV Ryan Games where he clocked 1 minute 53 seconds in the 800m race.

Meanwhile Eoin Everard was in action at the Cork City Sports where he ran 1 minute 49 seconds in the 800m. He will be competing in the 1,500m at the European Championships in Amsterdam this week.

The annual Pink Rock 10k will be held on Sunday, with a 12 noon start time.

Registration will be held at Rosbercon Parish Hall or online at totaltiming.ie. The start/finish line is 1.5km from the Hall. Parking is available 200m from the start/finish and at the Hall itself.

Walkers start at 11.15am, with runners off at 12. As the event incorporates the county 10k road championships clubs are reminded to register their athletes for this event before the race.