It's a busy time now, and things look like getting even busier 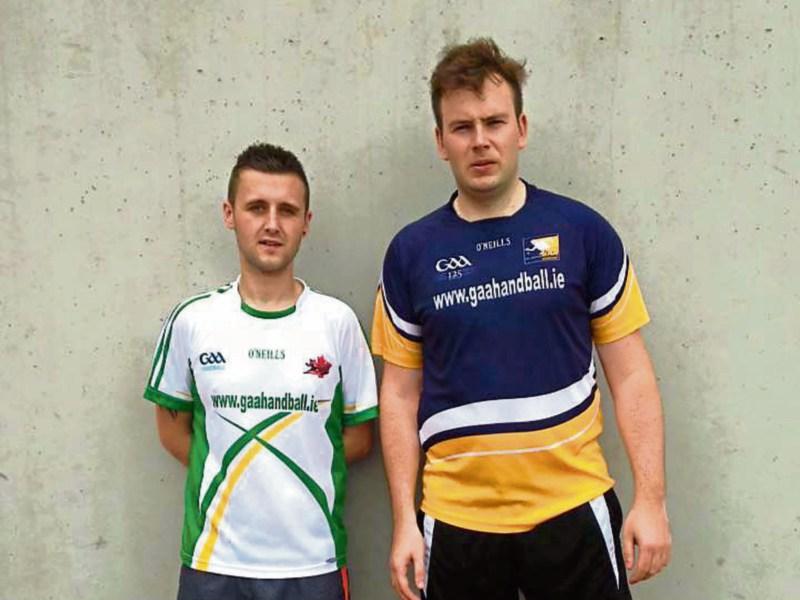 As the 60x30 handball season gets into full swing, the month of July has so far been very busy for Kilkenny players with plenty of action at various venues.

Last weekend the very successful under-13 B tournament was played. The county One Wall championships were hosted by Windgap and this weekend the 60 x 30 Irish Nationals will bring the best players in Ireland to the region.

On Saturday and Sunday the Kilkenny region will host the Irish 60x30 Nationals, which is one of the biggest events in the handball year.

With matches in Talbots Inch, Kilfane, Clogh, Mullinavat, Garryhill, Kilmyshall, New Ross and Cashel on Saturday in various grades, the highlight of the weekend will be the ladies and men‘s Open finals in Talbots Inch on Sunday morning.

There have been big entires in all the grades, with many of the top exponents of 60x30 coming to display their talents.

Played in ideal conditions for outdoor handball the event was a huge success, with all competitors getting at least two matches.

In the Open grade, Ciáran Neary (Talbots Inch) came out on top against Dan Breen (Kells).

Dylan Caulfield (Kilfane) defeated Fergal Lalor (Talbots Inch) in men‘s B; Eamon Purcell (Windgap) came out on top against his brother, Jimmy in Masters A; Shane Doyle (Windgap) was victorious against fellow clubman Michael O’Shea in Masters B.

A very enjoyable day was had by all players, and thanks must go to the Windgap club for their efforts in ensuring it was a great success.

In the Kilkenny GAA sponsored under-13 B doubles tournament in Clogh and Talbots Inch, Kells duo Padraig Lennon and Ryan Grace came out on top in a very competitive field.

Featuring 15 pairs from eight clubs, the group matches were played in the morning. All players got at least three matches.

Following the group stages, the four winners played out the semi-final matches at Talbots Inch in the afternoon.

In the first semi, Windgap‘s Adam O‘Shea and Blade O‘Gorman defeated Clogh‘s Luke Flanagan and Michael Brennan in two games, thus setting up a meeting with Padraig Lennon and Ryan Grace (Kells), who defeated Killian Kelly and Sean O‘Keeffe 2-0 in their match.

In the final, Padraig and Ryan beat their South Kilkenny neighbours to land the honours.

In the girls final, Clogh‘s Aishling Cooney and Lauren Power were too strong for the Kells pair Rachel Doherty and Nadine Brennan.

Kilkenny GAA Board generously sponsored this tournament, which is aimed primarily at the development of 60x30 handball.

Based on the success of this event, it is hoped that this tournament will become an annual fixture on the handball calendar.

In the men‘s senior grade, Brian Manogue (Kells) defeated Ciáran Neary (Talbots Inch) in three sets; Paddy Donovan (Laois) was too strong for Martin Lalor (Talbots Inch) in Golden Masters A singles, winning 21-12, 21-6; in Golden Masters A doubles, Eamon Purcell (Windgap) and Paul Dowling (Mothel) had a good match with Westmeath’s Robbie McCarthy and Liam Cassidy although they came out on the wrong side of 21-16, 21-10 result.